Up to last year, 3.8 million smokers had switched to vaping in England; around the world the numbers who have opted to reduce their harm exposure while using nicotine soared to eye-watering levels. Despite the full support of Public Health England, the NHS, the government, Cancer Research UK, the British Medical Association, and the Royal College of Physicians, there is an organised and well-funded global campaign opposing vaping. It relies on a number of arguments to put its case across and here we describe why they are nothing more than myths. 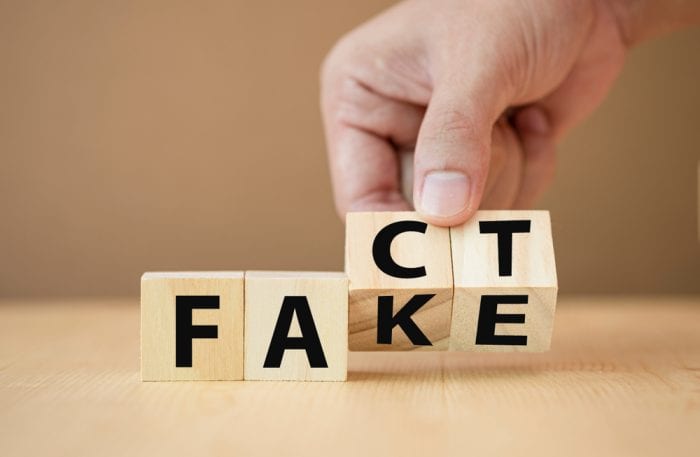 Public Health England’s Martin Dockrell once likened vaping to Marmite, “courting controversy among the public and media alike.” He went on to explain how there are many “inaccuracies and misconceptions” surrounding vaping.

We can’t tell you why two billionaires want to fund a campaign of disinformation that drip feeds into the national media, but we can highlight the key areas they like to focus on:

Some flavourings in old versions of eliquid used to contain a chemical compound called diacetyl. This was added to give a buttery texture to eliquids and was particularly popular in custards. The chemical is associated with a serious lung disease called bronchiolitis obliterans, caused to workers in a popcorn factory.

Despite the concentration being very low in those juices, and therefore posing a very low risk, Diacetyl was banned by the British government. Experts agree that it would not have caused “popcorn lung” in vapers, it doesn’t exist in the eliquid you buy today, and not a single case has been recorded of a vaper contracting the disease in the ten years since the use of e-cigarettes took off in the UK.

Vaping products and eliquids are regulated by laws set down by the government and (currently) the European Tobacco Products Directive. The UK benefits from the most comprehensive set of legislation anywhere in the world and everything has to conform to minimum quality standards. The regulations stretch from what is in an eliquid to the packaging and how it is labelled. Advertising standards exist to state what can and can’t be said about vaping, and we have clear restrictions in place on where you can’t vape.

All nicotine-containing eliquid has to be registered with the UK Medicines and Healthcare products Regulatory Agency, and it keeps a full record of all the ingredients contained in each bottle.

Media coverage has died down because the outbreak came to an end, but it rears its head from time to time when a new study is released, or a journalist wants to link back to previous scare stories.

380 people contracted a serious condition, were hospitalised, and placed on ventilators. The spate of admissions was immediately referred to as a “vaping related” condition. Those with knowledge of electronic cigarettes found it strange it should only be occurring in one country.

Despite initial denials, it became clear that the patients had all been using one batch of one brand of illegal, black market cannabis liquid – cut with a substance called Vitamin E Acetate.

Experts stated that this was not linked to nicotine eliquids used for vaping. One recent study tried to blame the metal in premade coils for the outbreak, but they didn’t realise that the coils are used around the world without problem and the cannabis pens in question used a ceramic head – not metal wire.

“E-cigarettes are as or more dangerous than smoking tobacco” – False

A number of recent studies have shown that people promoting the myths about vaping are changing on what the public believes. Worse, a growing number of smokers think that vaping is as bad or worse than smoking. This is totally untrue.

People smoke for the nicotine; they die from the toxic combination of more than 7000 chemicals in cigarette smoke. Vaping doesn’t burn eliquid so there are no chemical compounds formed from combustion. The two most dangerous compounds in smoke are tar and carbon monoxide; neither of these are found in ecig vapour.

Public Health England said that vaping is “at least 95% less harmful than smoking”. It conducts annual reviews and has stuck by this initial statement. Many experts agree that the figure is more likely to be 99%+ safer than smoking.

“Unlike cigarettes,” says Martin Dockrell, “there is no side-stream vapour emitted by an e-cigarette into the atmosphere, just the exhaled aerosol.”

We already know that vapour is far, far safer than cigarette smoke. The worst thing a person would be exposed to is nicotine. A study by Maciej Goniewicz stated a person would have to be surrounded by “100 active vapers to reach the same nicotine exposure, as he would receive from only one active smoker.”

Professor John Britton told the BBC that nicotine is as dangerous as the caffeine in your cup of coffee, adding: “If all the smokers in Britain stopped smoking cigarettes and started smoking e-cigarettes we would save 5 million deaths in people who are alive today. It’s a massive potential public health prize.”

“Vaping is a gateway into smoking for young people” – False

Annual surveys conducted by Cancer Research UK have shown that vaping in non-smoking teens remains at a very low level. Almost all the young people who do vape either smoke or used to smoke. Research by Action on Smoking and Health has confirmed this, and shows how smoking rates in teens continues to decline.

Martin Dockrell said: “[Public Health England’s] latest report found no evidence so far to support the concern that e-cigarettes are a route into smoking among young people. UK surveys show that young people are experimenting with e-cigarettes, but regular use is rare and confined almost entirely to those who already smoke. Meanwhile, smoking rates among young people in the UK continue to decline.”

Public Health England state: “There is currently no evidence to suggest that e-cigarettes are encouraging people to continue smoking – the picture in the UK suggests the opposite.”

Referring to one of his pieces of research, the NHS wrote: “E-cigs ‘twice as effective’ than nicotine patches, gum or sprays for quitting”.

The Leicester smoking cessation service was the first in the country to embrace vaping as a quit tool. Their experience at seeing so many people quit by switching to an ecig encourage almost all other national cessation services to adopt vaping too.