X
This site uses cookies to provide and improve your shopping experience. If you want to benefit from this improved service, please opt-in.
More Info
Accept Cookies
BlogQuitting SmokingA hot topic: one indisputable reason why vaping is safer than smoking
Menu
Quitting Smoking

A hot topic: one indisputable reason why vaping is safer than smoking

Vaping has helped many smokers to quit but hasn’t met with universal support across the globe. Public Health England has stated that it believes vaping to be 95% safer than smoking but vaping has been banned in many countries.

The debate about the impact of vaping on human health will doubtless continue. But there are other safety issues to consider.

Did you know that the popularity of vaping in the UK has contributed to a reduction in the number of injuries and deaths caused by fire? 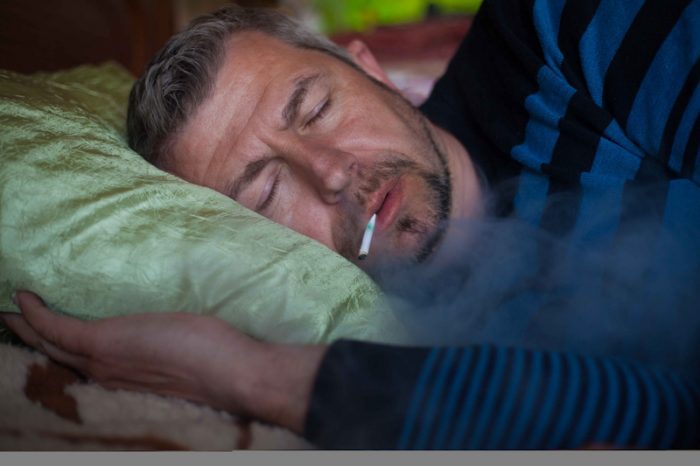 How many fires in the UK are smoking-related?

A disturbing proportion of fires are caused by smouldering cigarettes.  Between 2019 and 2020 there were over 35,000 fires in domestic properties across the UK and almost 2,000 of those were caused by smokers’ materials or cigarette lighters. There were no reported incidents of vaping related equipment starting domestic fires.

What about fire-related fatalities?

It is interesting to note that while smoking materials tend to cause less than 6% of domestic fires, as many as 30% of fire-related deaths occur in incidents that have been caused by smoking materials. In other words, smoking-related fires are more lethal than most. It  In addition to many people losing their lives in fires every year, a large number of people are seriously injured.

Smoking-related fires are particularly dangerous as many such incidents occur when a smoker is under the influence of alcohol and carelessly disposes of their cigarette or lights up in bed. The fire starts close to the smoker and can quickly overwhelm the room. The smoker will be less alert than usual due to the influence of alcohol and is often unable to react sensibly or quickly to the outbreak. Many smokers have fallen asleep and have died from smoke inhalation without ever being aware of the fire.

The number of fire-related deaths has been falling since peaking in 1985/1986 when 967 people died in the UK. There are several reasons why both domestic fires and fire-related fatalities have become much rarer. Cooking equipment is now safer than ever and there are fewer open fires in homes. Furnishings must now be fire retardant and many properties feature smoke alarms these days. But the reduction in smoking rates has also been a factor in limiting fire-related fatalities.

Across the world, where smoking rates have reduced, so have the number of people killed in smoking-related fires.

Should fires be included in the vaping debate?

The relative safety of smoking and vaping is certainly a hot topic. It is the health implications which tend to dominate any debates over the potential benefits of vaping instead of smoking. But there are other ways in which vaping can improve your safety. Cigarettes are serial offenders when it comes to fire-related deaths and serious injuries. The number of victims annually is quite small when compared to the huge amount of people who die from smoking-related illnesses. However, every life is precious as are our fire-fighting resources.

Perhaps safety in the home should be highlighted when considering the merits of vaping. If every smoker managed to quit, the number of fire-related deaths would be greatly reduced. Fire may not be the biggest risk to their lives that smokers face, but it is a serious matter that shouldn’t be overlooked.