Can E-cigarettes Cause Heart Problems?

Research (mainly from America) claims that vaping is bad for the heart and circulatory system and newspapers love sharing the bad news. Fortunately for British vapers, our independent experts have found the opposite is the case and that switching from smoking benefits the heart and circulation. 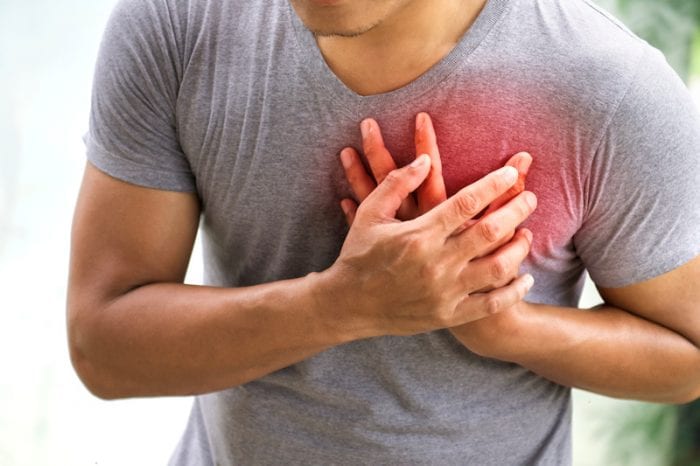 What is a heart attack?

A heart attack, otherwise known as a myocardial infarction or MI happens when blood flowing to the heart is restricted or stopped altogether. When blood fails to get to the heart oxygen levels drop, something hard working heart cells desperately need. This results in the muscle walls suffering from permanent damage.

What is this bad research?

The most frequently cited by newspapers and anti-vaping activists is Professor Stanton Glantz. His work focusses on manipulating data to prove links between things. When interviewed by Aaron Biebert for the film You Don’t Know Nicotine, Glantz happily admitted that he isn’t averse to spreading untruths if it is a means to an end of stopping all nicotine use.

His most famous study, Electronic Cigarette Use and Myocardial Infarction Among Adults in the US Population Assessment of Tobacco and Health, led him to state: “The odds of having had a heart attack among daily e-cigarette users were more than doubled compared to people who neither used e-cigs not smoked cigarettes. We also found a statistically significant dose-response, with people who used e-cigs daily having higher risks than nondaily, former, or never users.”

Why was it bad research?

It was bad for ex-smokers and smokers looking to switch because it spread fear about the relative safety of vaping. The findings of the study were widely reported in the media.

It was also bad because it was deeply flawed. Professor Brad Rodu and Professor Nantaporn Plurphanswat used the identical data to try to reproduce his findings. They couldn’t.

What they did find was that Glantz and his partner had ignored the part of the data set that informs people when the subjects began using electronic cigarettes and when they first experienced a heart attack. Using this new information, it was clear that the myocardial infarctions being experienced by vapers occurred up to ten years before they had made the switch from tobacco – they were full time smokers at the time and e-cigs had nothing to do with it.

Following on from Rodu and Plurphanswat’s work, Glantz’ study was retracted by the publishing journal. This means it is still readable online, but a note is affixed to say that it is not reliable.

How else do bad studies come about?

Apart from manipulating data, some work pours huge volumes of e-liquid or vapour dissolved in water on top of cells in laboratories. Other work focusses on making rodents breath nothing but vapour from e-cigs. Both of these methods are deeply flawed and are only used because they produce negative results.

Following one such experiment, Professor John Britton, Director of the UK Centre for Tobacco & Alcohol Studies said: “This will be helpful to doctors who are consulted by mice thinking of moving into a cage full of smoke or vapour for the rest of their lives. Lungs are delicate organs, and long-term inhalation of anything other than clean air is likely to cause damage, but the relevance of damage to mouse lungs to human health is far from clear.”

So, where can we find reliable information from?

One of the largest studies conducted to date comes from the highly respected British Heart Foundation (BHF). The BHF research, called the VESUVIUS study, showed that smokers switching to vaping experienced benefits within four weeks.

Lead researcher Professor Jacob George said: “For chronic tobacco smokers there were significant improvements in vascular function within a month of switching from a tobacco cigarette to an e-cigarette. We now have clear evidence they’re less harmful than tobacco cigarettes.”

Professor Britton commented on this work too, he said: “This…trial provides clear evidence of a reduction in a marker of cardiovascular disease risk in people who switch from smoking to vaping.”

All British experts agree that using e-cigarettes probably isn’t safe, but that it remains far safer than smoking. With the BHF work, smokers and ex-smokers can be assured that switching to vaping has a positive impact on the heart and circulatory system.