Martin Dockrell is the Tobacco Control Programme Lead for Public Health England. He became a believer in the power of harm reduction when he was involved in HIV prevention work

In the mid 1980’s. Not only does switching from cigarettes to vaping reduce harm exposure, but he argues that it will also produce improved mental health. 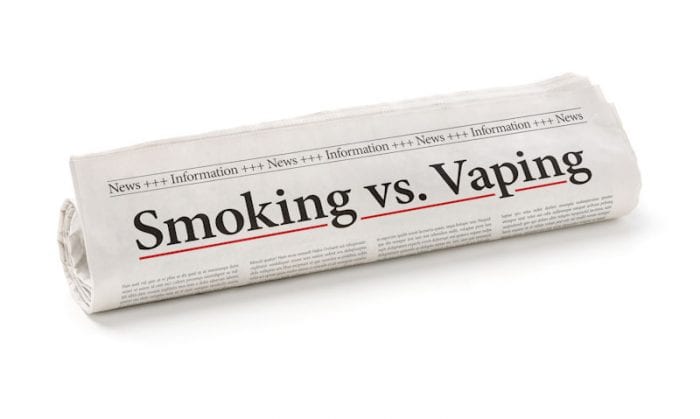 Martin believes that the evidence(1) shows vaping is far less harmful than smoking cigarettes, have become the most popular quit aid, and can go on to play a major role in reducing national smoking rates.

“Everyone knows smoking is very bad for physical health. But what about its impact on mental health? Many smokers believe that smoking helps to relieve stress, anxiety and low mood, when in fact the opposite is true,” Martin writes(2).

Referring to another study from Public Health England(3), data from the Office for National Statistics discovered that smokers rank worse than everybody else in the population for mental wellbeing.

Before the start of the Covid-19, more than 25% of smokers reported high levels of anxiety and twice as many tobacco users reported low happiness compared with non-smokers. Following the pandemic, figures worsened with anxiety rates almost doubling and low happiness increasing by about 75% in smokers – while non-smokers happiness actually improved.

“What smokers perceive as relief from feelings of anxiety, stress and low mood is actually the effects of a vicious circle – the tobacco withdrawal cycle. Smoking interferes with chemicals in the brain and when a smoker hasn’t had a cigarette for a while, the craving for another one makes them feel irritable and anxious. These feelings can be temporarily relieved by the next cigarette, after which the cycle starts all over again,” he added.

Dockrell pointed to the latest study(4) from Cochrane Reviews showing: “People who stop smoking are not likely to experience a worsening in their mood long‐term, whether they have a mental health condition or not. They may also experience improvements in their mental health, such as reductions in anxiety and depression symptoms.”

Urging stop smoking services to support switching to vaping, Martin Dockrell noted: “Use has increased in recent years and [electronic cigarettes] have become the most popular stop smoking aid in England, with the majority of users now ex-smokers having made the switch completely. We know that face-to-face support from a local stop smoking service offers smokers the most effective way to quit. Of the smokers who combine the two (the most popular and most effective) around two thirds quit successfully.”