X
This site uses cookies to provide and improve your shopping experience. If you want to benefit from this improved service, please opt-in.
More Info
Accept Cookies
BlogNewsE-cigarettes Are Kinder To The Environment
Menu
News, Quitting Smoking, Research

E-cigarettes Are Kinder To The Environment

Smoking has a huge environmental impact; from the single use plastics to the toxic heavy metals leaching into the soil, there is no end to the damage tobacco causes. Switching to vaping is known to improve your health, as stated by researchers at University College London, but it is also a far more environmentally friendly way to consume nicotine. 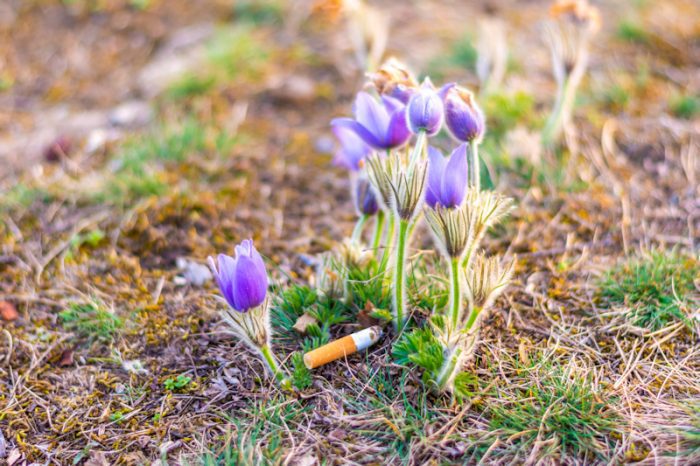 Professor Nick Voulvoulis, Imperial College London, said: “The environmental impacts of cigarette smoking, from cradle to grave, add significant pressures to the planet’s increasingly scarce resources and fragile ecosystems. Tobacco reduces our quality of life as it competes for resources with commodities valuable to livelihoods and development across the world.”

Voulvoulis points out: “The curing of tobacco leaves to produce dry tobacco – is highly energy intensive, using coal or wood burning that contributes to greenhouse gas emissions and deforestation.”

Cigarette filters are made from cellulose acetate, which is a type of plastic. They can take up to 15 years to decompose, poisoning the ground with Aluminium, Barium, Cadmium, Chromium, Copper, Iron, Manganese, Nickle, Lead, Strontium, Titanium and Zinc.

Environment Secretary George Eustice recently announced that tobacco companies are going to have to clean up their act, saying that the filters would be banned, and companies forced to pay the cost of cleaning the environment.

He added: “Plastic damages our environment and destroys wildlife. It’s time we left our throwaway culture behind once and for all. These new plans represent the next major step in eradicating the use of problematic plastics. This Government has waged war on unnecessary, wasteful plastics, banning the supply of plastic straws, stirrers and cotton buds, while our carrier bag charge has cut consumption by 95% in the main supermarkets.”

While the Tobacco Products Directive increased the volume of plastic waste due to restricting nicotine-containing e-liquid bottles to 10ml, leaving the European Union has opened an opportunity for the UK Government to reverse this.

Currently, voices around Parliament have been very supportive of the idea of increasing the size of juice bottle, which means that the volume of plastic waste could be decreasing by 3-5 times current levels.

Also, by increasing the size of the bottles, manufacturers would again be able to start selling products in recyclable glass bottles.

Although some vape tanks use plastic components, the life span of a device is considerably longer than that of an individual cigarette.

When it comes to coils, they too have much longer lifespans than cigarette butts and contain far fewer environmental toxins in much lower concentrations. Those who build their own ecig coils reduce their environmental impact even further.

Not only is switching to vaping healthier for you, you are actively helping to save the planet too!