X
This site uses cookies to provide and improve your shopping experience. If you want to benefit from this improved service, please opt-in.
More Info
Accept Cookies
Vape BlogE LiquidDIY E-Liquid the Easy Way: How to Mix Your Favourite Vape Juices
Menu
E Liquid, How To Guides

DIY E-Liquid the Easy Way: How to Mix Your Favourite Vape Juices

If you’re like most vapers, you get your e-liquid by buying it as a commercially made product that’s mixed in a factory and arrives ready to use. It might come as a bit of a surprise, then, when you learn that not all e-liquids are made that way. Some people actually buy the raw ingredients and make their own e-liquids from scratch. Members of the vaping community use the phrase “DIY e-liquid” to describe the process of making their own vape juice, and it’s something that thousands of people around the world now do. 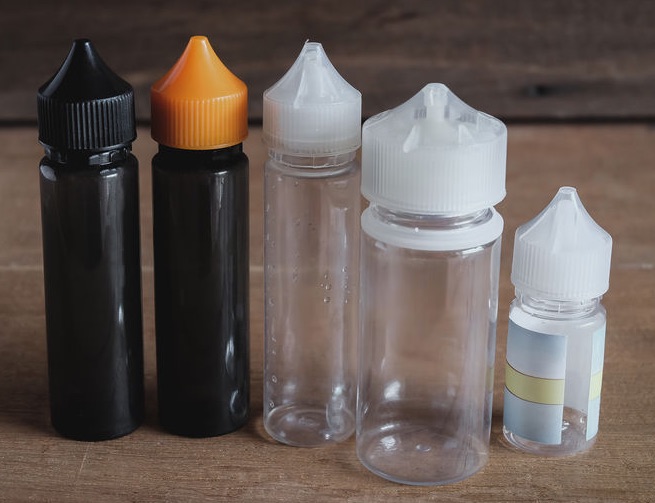 The Pros and Cons of DIY E-Liquid

DIY e-liquid also has a major drawback, however, in that it’s easy to make a mistake with DIY e-liquids if you aren’t careful or simply don’t understand what you’re doing. The most likely result if you make an error is that you just won’t enjoy the flavour of the e-liquid. Since you’re working with concentrated liquid nicotine, though, it’s possible to create an e-liquid containing far too much nicotine if you get your calculations wrong.

Given the challenges of learning how to make an e-liquid that tastes good and won’t get anyone sick, most people decide that DIY vape juice simply isn’t worth the trouble. Commercial e-liquid, after all, doesn’t cost that much. It tastes good, and the quality is always consistent.

What if there was a way, though, for you to experiment with DIY e-liquid without the risk of working with liquid nicotine? As a matter of fact, there is a way; you can invent new e-liquid flavours by mixing existing commercial e-liquids together. You’ll get to experience the enjoyment of creating something new, and you’ll also be able to experiment with the comfort of knowing that, although you might not always like the flavours you create, you won’t produce an e-liquid with an incorrect e-liquid strength.

What Do You Need for Mixing E-Liquids?

If you want to get consistent results when mixing e-liquids, you need to approach the activity scientifically and ensure that everything you do will be repeatable. You’ll need empty bottles for storing your creations along with funnels to make filling the bottles easier. You’ll also need some way of measuring the proportions of the different e-liquids accurately. You could use an eyedropper, or you could use a good digital scale that can weigh in grams. You should also have a way of recording your recipes, such as a notepad or a computer.

How to Get a Great Result When Mixing E-Liquids

Before you get started with mixing e-liquids, we have a few words of advice that can help you get the best possible result.

Meticulously record the flavour ratios of your blends. When you try your creations, you should also record your tasting notes. That way, you’ll get a better idea of what you like, and you’ll be able to make your most successful blends again.

It’s always good to have a couple of “secret ingredients” that you can use to make your less successful blends palatable instead of throwing them away. One thing that’s great to have around is a bottle of plain menthol e-liquid. The coolness of menthol is great for covering the harshness of an unpalatable flavour.

Another good ingredient to have is ethyl maltol flavouring. Every seller that specialises in DIY e-liquid carries ethyl maltol. It tastes like cotton candy, and adding just a drop or two to a bottle of e-liquid will give the vape juice a touch of sweetness that helps to disguise shortcomings in the flavour.

If the idea of mixing pre-made e-liquids appeals to you, it’s likely that you already have several flavour ideas that you’d like to try. In case you aren’t certain where to begin, though, we have a couple of flavour suggestions that you might enjoy.

Vanilla is a flavour that goes with almost anything, and we think that a bit of vanilla can be a major upgrade for an e-liquid with a mixed fruit flavour profile. The overall effect is almost like adding a scoop of ice cream to a fruit smoothie.

If you enjoy custard e-liquid flavours, you’ll love the result that you get when you add a little tobacco e-liquid to a custard base. The interplay between the sweet and sour notes of tobacco and custard is phenomenal. Some of the most popular tobacco e-liquids on the market have custard notes, and the great thing about making your own custard-tobacco e-liquid is that you can pick the two e-liquids that you want to blend. You may find that you enjoy the resulting blend more than any commercial e-liquid.