An oft-quoted saying is that people smoke for the nicotine, but they die from the tar. Nicotine has become synonymous with the dangers posed by smoking but ecig vapour doesn’t contain the tar, carbon monoxide or almost all the toxins found in cigarette smoke. Moreover, there are some surprising advantages to using nicotine. 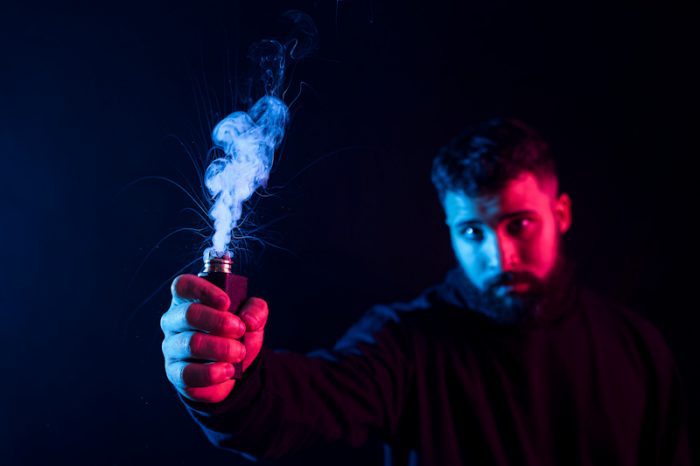 The problem is that nicotine is seen as a highly addictive substance – but is this true?

Smoking tobacco, according to anti-smoking charity Action on Smoking and Health (ASH), is the fastest way of delivering nicotine to the blood stream. It is believed this is due to the cocktail of toxins in the smoke.

Removed from tobacco smoke, nicotine is an altogether different proposition. In its fact sheet, ASH states that the nicotine found in inhalers, patches and gum has almost no addictive potential. Many researchers have noted that the addictive nature of nicotine in electronic cigarette e-liquid is also much reduced compared to nicotine in cigarette smoke.

Some have gone further when describing the chemical compound. The Royal Society for Public Health previously stated in 2015 that nicotine not in tobacco smoke is as addictive as the caffeine in a cup of coffee.

Studies have been conducted that show nicotine improves long-term memory. A piece of Sussex University research found, “nicotine improves prospective memory when the volunteer has no competing task demands.”

One of the authors of the work told journalists that, in her opinion, nicotine is the best enhancer of brain function and that its impact on the brain is more robust than any other agent.

Researchers at the University of London found a strong relationship between nicotine use and increased reaction time. Also, they found that the higher the person’s intelligence, the more pronounced nicotine’s impact on reaction time was.

Taiwanese researchers looked at how nicotine supplements effected the performance of people computer gaming and discovered it boosted performance – and also improved “mood, arousal and cognition”.

American studies have noted that nicotine use tends to be high among elite sportsmen and women. Many newspaper stories have shown how Premiership football players either smoke, vape, use nicotine gum, or have started using tobacco-free nicotine snus pouches.

One American study find the evidence was weak, but belief in the athletes is strong that nicotine enhances their performance. It is likely this belief is linked to improved reaction times in a fast-paced competitive game.

Doctors studying the treatment of attention deficit hyperactivity disorder (ADHD) have discovered that nicotine works at least as well as Ritalin. The lead author of one study said that this finding could explain why it is common to find that adolescents diagnosed with ADHD commonly smoke.

French researchers looking at schizophrenia evaluated findings from published studies. They said that there is evidence that a single dose of nicotine can be sufficient to improve brain function and attention span in schizophrenics.

A gold standard double blind Alzheimer’s trial found that nicotine arrested the early signs of the disease, notably improving “attention, memory, and mental processing”. They concluded that there was more than enough evidence now to say nicotine’s benefits were beyond question and that this should inform future work.

One of the side effects of using nicotine is that dopamine (“the happy hormone”) is produced in the brain. As well as giving the body a sense of pleasure, dopamine also reduces involuntary, muscle movement. Consequently, researchers say that nicotine could play a key role in the treatment of Parkinson’s disease.