X
This site uses cookies to provide and improve your shopping experience. If you want to benefit from this improved service, please opt-in.
More Info
Accept Cookies
Vape BlogE Liquid6 Reasons Why Your E-Liquid Doesn’t Taste Good — and What You Can Do About It
Menu
E Liquid

If you spend any time reading about vaping online, you’ve undoubtedly noticed how vapers will often rave about their favourite e-liquid flavours. You may have even felt a little envious if you’ve never had that kind of experience yourself. For many long-term vapers, vaping almost isn’t even about the nicotine at all anymore; it’s more about experiencing the most incredible flavour blends, almost in the same way that some people get a kick out of testing luxury perfumes. 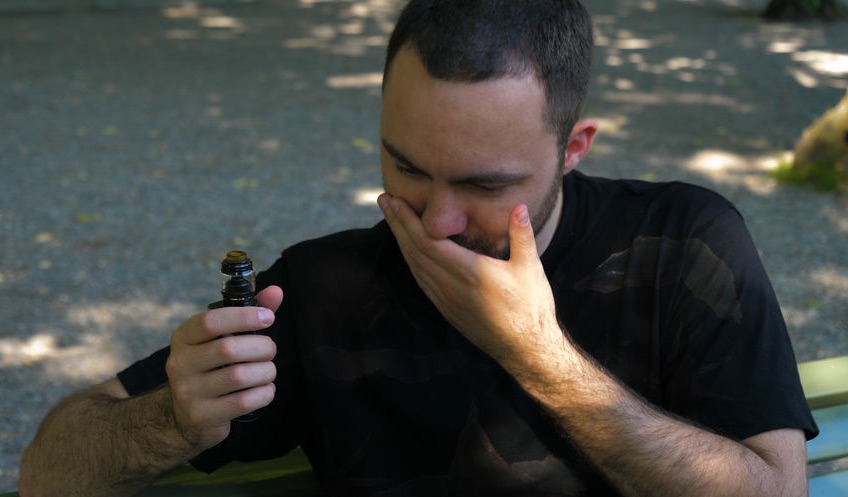 We know two things for certain about vaping.

The E-Liquid Just Doesn’t Do It for You

We’re going to share a few tips in this article that can help you optimise your vaping device for the best possible flavour. The fact is, though, that most modern vaping devices deliver terrific flavour right out of the box. If your e-liquid doesn’t taste good, it’s unlikely to be a fault of your vaping equipment and far more likely that the e-liquid just doesn’t do it for you.

What’s the solution? Never stop experimenting with new e-liquid flavours. There are, of course, more e-liquids in the world than any one person could possibly try, so the point is really to find out what general flavour profiles appeal to you. Maybe you’re a fan of cereal flavours, or perhaps you prefer fruity or candy-flavoured e-liquids. Once you narrow your preferences down to a few general categories, it becomes much easier to find some individual products that you absolutely love.

Your Atomizer Coil Is Dirty

If you’re new to vaping and are using a very sweet e-liquid, you’re going to encounter a certain situation after you’ve been using that e-liquid for a couple of days. You’ll notice first that the e-liquid gradually begins to acquire an almost exaggerated sweetness. After that, the sweetness will begin to give way to a darker caramel-like flavour. Then, your e-liquid will start to taste like burned sugar – and the flavour will only get worse from there. You’re experiencing what the vaping community calls “coil gunk.” Very sweet e-liquids contain sucralose, a sweetener that tastes great but doesn’t actually vaporize. Instead of turning to vapour, sucralose sticks to the atomizer coil of your vaping device and forms a crusty layer that thickens until it’s eventually all that you can taste.

What’s the solution? The only solution for coil gunk is to replace your device’s atomizer coil. If you would like your coils to last longer, use unsweetened e-liquid.

Your Atomizer Coil Is Overheating or Burned 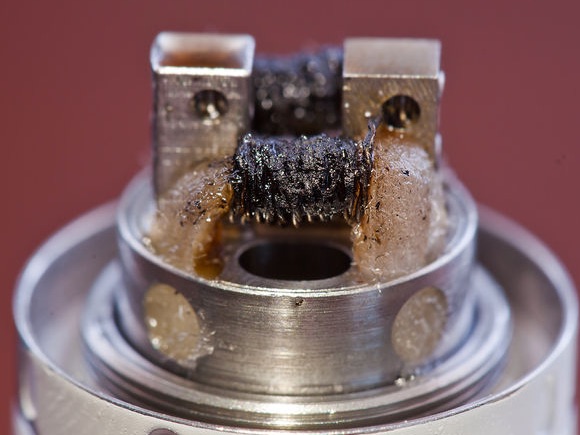 There are two types of “burned” flavours that can come from a vaping device. The first type – which tastes like burned sugar – is coil gunk, as we’ve just described. The second type, however, is much more unpleasant because it tastes like your device’s atomizer coil is actually burning. An atomizer coil needs to be completely saturated with e-liquid at all times during use. If it isn’t, the coil will begin to glow and release horrible fumes. The most common reason why that might happen is because you’ve forgotten to refill your tank. However, you can experience that burning sensation with a completely full tank if you’ve set your device’s wattage too high.

What’s the solution? If you experience a burning sensation at the end of long puffs, your atomizer coil is using its e-liquid supply more quickly than it can absorb more e-liquid from the tank. Lower your device’s wattage. Note that vaping at too high a wattage can also burn your atomizer coil’s cotton wick, which ruins the coil’s flavour. The only way to fix that is by replacing the coil.

Your Tank Isn’t Optimised for Flavour 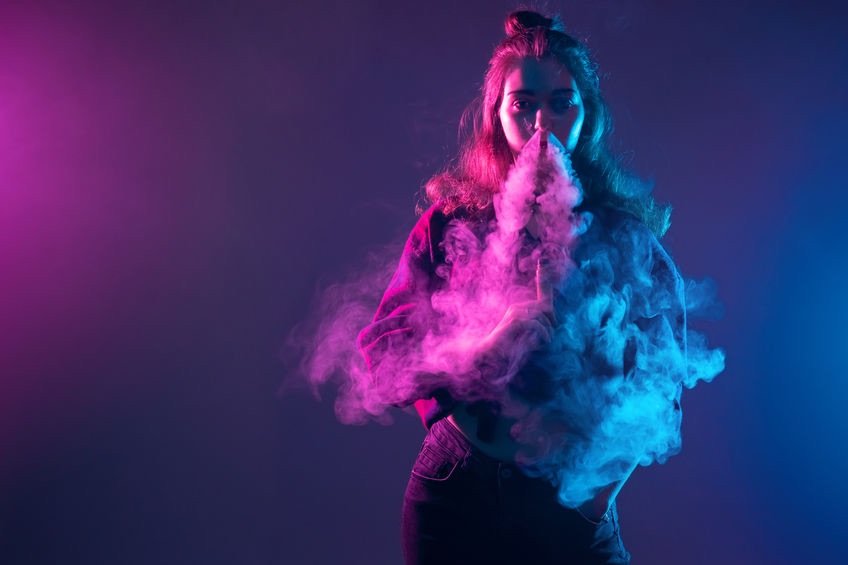 A typical modern vaping device is designed to deliver exceptional flavour right out of the box with little to no effort on your part. That doesn’t mean, however, that you can’t coax even better flavours out of your tank with just a little effort. When optimising your tank for flavour, the most important thing is to control the volume of air that flows through the tank. Airflow is necessary to dissipate heat from the tank’s atomizer coil and to ensure that the vapour doesn’t become uncomfortably hot. The flavour, though, is in the e-liquid – not the air. Reducing your tank’s airflow will make the flavour more intense.

What’s the solution? Use your tank’s airflow control collar to reduce the volume of air that flows through the tank and increase the intensity of the flavour. When you reduce the airflow, you’ll notice that the vapour becomes warmer. If you find the warmth off-putting, you can lower your device’s wattage to compensate.

Your E-Liquid Is Too Young

Do you notice an alcohol-like flavour when using a particular e-liquid? Do you notice that the e-liquid’s overall flavour seems a little unbalanced – one flavour note sticks out so much that the other notes are difficult to taste? You may have a bottle of e-liquid that was made extremely recently – as in, within the last week or two – and hasn’t had enough time to steep. Steeping is a process of controlled aging. During that process, an e-liquid’s flavour profile begins to form a more cohesive whole, and alcohol-based flavours evaporate and become less prominent.

What’s the solution? If you have a young bottle of e-liquid that hasn’t been steeped, you can steep it yourself. Open the bottle for a moment before closing it and shaking it vigorously. Store the bottle in a cabinet for a week, taking it out once each day to repeat the opening, closing and shaking process. After a week, sample the e-liquid. If you’re still not happy with the flavour, continue the steeping process for a while longer.

Your E-Liquid Is Too Old

What’s the solution? There’s no way to fix a bottle of e-liquid that’s too old. You should discard the bottle.