The United Kingdom government is currently conducting a review of the law that regulates what and how we can vape. At the same time, the European Union is conducting the process that will result in a new Tobacco Products Directive. Both of these can influence each other and could spell a dramatic shift. Renown expert and advocate Clive Bates has issued a call for everybody to pull together. 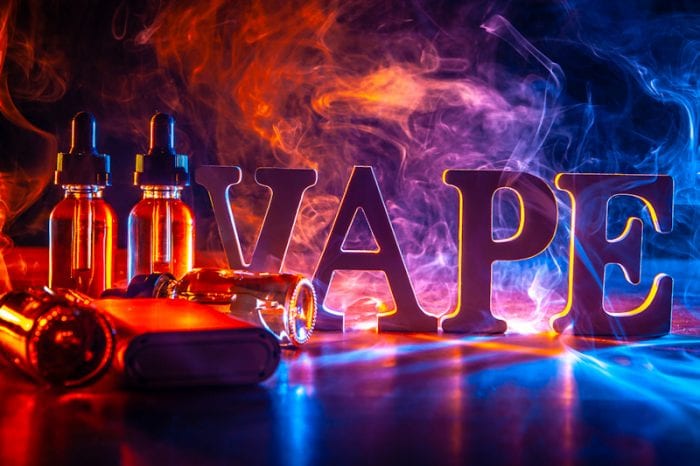 Clive Bates is very well known to people who attend electronic cigarette conferences or follow tobacco harm reduction advocacy matters. He has worked for IBM, was the Director for Action on Smoking and Health, was part of Tony Blair’s Strategy Unit, and now runs a consulting and advocacy practice – Counterfactual (1).

To say he is one of the most powerful voices pushing for common-sense, evidence-based regulation on vaping products around the globe would be an understatement.

“I really think we need to get a unified voice from all,” he recently told the audience of an online Zoom conference.

Too often, he felt, consumers, businesses, consumers and other interested parties have been finger pointing or point scoring. Talking directly to business, he said: “[Your] competition isn’t really each other, [your] competition is the very large effort to shut [you] down completely. That is the real enemy here. The people who just want these products to go away, be taxed, regulated, and prohibited out of existence.”

Clive wants to see everybody come together with a common goal to promote vaping as a means to use nicotine in a much safer manner and help smokers quit using tobacco.

One of the key points he raised was for both UK trade bodies to push for a lifting of the cap on the maximum nicotine content of e-liquid from 20mg/ml so that long-term heavy smokers have a viable alternative to cigarettes – something that could be done as part of the Tobacco and Related Products Regulation (TRPR) review.

He repeated this plea recently in an electronic cigarette trade publication, Vape Business, where he told them: “The threats come from outside – misleading communications, badly-designed regulation, and moral panic. Remember, that your biggest competitors are not your rivals in the industry, but forces that would like to close the whole industry down. [The campaign of misinformation from lobbyists] will create some bruising fights in the future, so joining a good trade association and be on your game when it comes to the policy arguments.

“Please avoid doing stupid stuff that allows [anti-vape campaigners] to accuse the whole industry of marketing to kids, deceiving people about risks, violating regulations, or otherwise being or looking irresponsible. Keep the faith, it’s a good business with many existing and future consumers. It is contributing to a healthier, fitter society by solving one of the biggest and toughest problems in all of public health.  The basic ‘value proposition’, the offer from the industry to the consumer, is very strong and will, in my view, endure.”

As a responsible vendor, Vapekit is a member of the Independent British Vape Trade Association (2). This organisation fights for your rights at the highest levels of government and will be playing a key role during the TRPR review process.

Clive also has a message for all consumers. He believes everyone should join the New Nicotine Alliance as supporters (for free) and help the organisation when it conducts campaigns (3).

2021 is set to be a key year for the vape industry and e-cig users, especially those in the United Kingdom. As well as European and UK activity, the World Health Organization will be hosting its Conference of Parties – everything is to play for.