X
This site uses cookies to provide and improve your shopping experience. If you want to benefit from this improved service, please opt-in.
More Info
Accept Cookies
BlogRegulationsFresh Advice on Driving and Vaping
Menu
Regulations

Fresh Advice on Driving and Vaping

Safety and legal experts are offering updated advice on the legality of using your electronic cigarette when driving, prompting a fresh wave of current newspaper stories. With 3.9 million e-cig users currently vaping in Great Britain, the sight of vapour coming from a car window is no longer an uncommon sight. 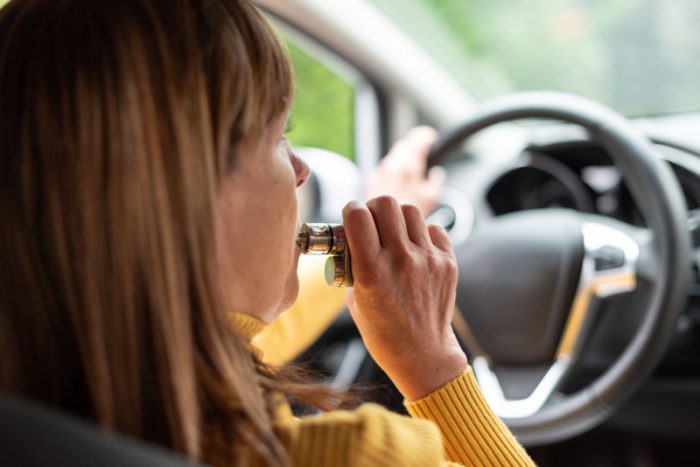 Confusion tends to arise from the fact that smoking is banned in England and Wales in any car that also contains a person under the age of 18. The law doesn’t apply to a 17yr old driver on their own in their own car. The fine for breaking that law is a fixed penalty notice of £50.

This law does not apply to vaping.

If a police officer believes that your vaping interferes with your driving they could charge you with driving without due care and attention.

Typically, driving without due care and attention covers things such as listening to loud music, driving while reading a map, using a radio while driving, arguing with someone in the car or another car, eating, drinking, smoking or vaping. This could lead to a maximum fine of £2,500 and up to nine penalty points.

What would this mean in practice?

For a charge of driving without due care and attention, the vapour coming from your device would have to be considered so dense that it obscured your vision out of the car windscreen or that you had been seen driving while trying to adjust the settings on your ecig mod.

The situation steps up a gear if the officer believes vaping was so serious that it constituted dangerous driving. Currently, you can receive a fine and 6 penalty points (with the possibility of a driving disqualification) for using a mobile phone. The police have recently confirmed that a vape device will be considered the same as any other handheld electronic device.

The scale of punishments escalates depending on the severity of the incident up to a ban and 14 years imprisonment if a death was caused.

A police spokesperson said: “The smoke caused by vapes are a distraction and the consequences of them can be dire, all it takes is a moment to become distracted and potentially cause a crash and even worse, a fatality.”

The head of road safety at RoSPA added: “Vaping while driving could easily impair a driver’s ability to drive safely, which could increase the chances of crashing.”

This said, the police spokesperson went on to add that vapour causing reduced visibility is not something they have come across.

It is unsurprising that the police have come across problems as a recent study found that almost 90% of people who vape responded that they don’t vape and drive.

The new advice is to turn off your device before starting the car so you aren’t tempted to use it, pulling into a layby or safe stopping area to have a vape during your journey.