A research team including Lynne Dawkins, Linda Bauld, Peter Hajek, and Sharon Cox (among others) has conducted a feasibility trial to assess the potential to engage with people accessing homeless services to support smoking cessation. They found that vaping vastly improved outcomes compared to the usual care offered. 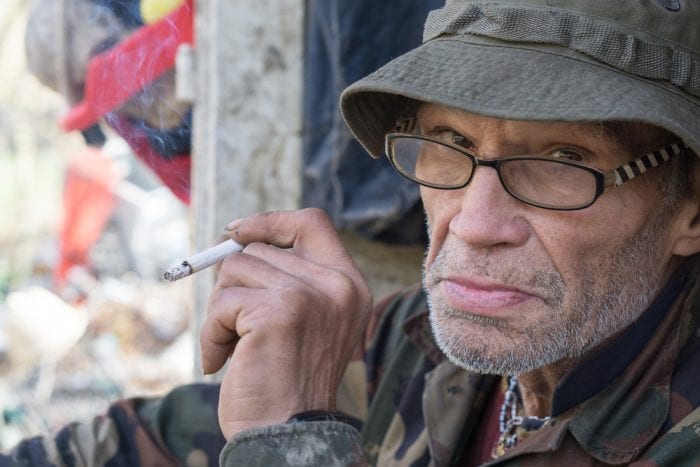 Writing about the threat of COVID-19 in the British Medical Journal, in March, Dr Sharon Cox said: “Smokers are one group of adults who are at particular risk if they catch the virus. Many smokers already present with poor respiratory health caused by years or even decades of smoking.

“However, there exist a group of smokers for who the coronavirus poses a greater risk, these are the homeless, those with a serious mental illness or learning needs, and those presenting with drug or alcohol dependence.”

An additional factor facing this group of people is “the common act of sharing cigarettes,” she added. Smoking has, according to the study, “stubbornly high prevalence rates among some of the most disadvantaged in society”.

Smoking is estimated to run at up to 82% in the most deprived groups, and they are:

The team says the use of traditional NRT is associated with “poor outcomes”, and the most deprived groups are very reluctant to engage with stop smoking services.

A block to them attempting to switch, they believe, is “the high initial start-up costs” of swapping tobacco for vaping, so they think that being able to access free starter packs might boost quit rates – especially important during the pandemic.

Demonstrating a willingness to participate, “just over half of eligible participants invited, consented to take part and completed baseline assessments”. Of those taking part, 59% were retained throughout the study, “which compares favourably with other smoking cessation studies in this population”.

The team found that no participants adapted their devices for drug consumption, despite 40% of them being regular substance users. Instead, they reported enjoying vaping because it was “pleasant” and “tastes good”.

“E-cigarettes were well-received … with the majority reporting that they still had, and were still using, the e-cigarette at the 24 week follow up. By 24 weeks, 31% had also made their own EC purchase”.

Traditional approaches (including counselling and NRT) hold just a 2-3% success rate in populations who aren’t suffering from severe disadvantages. The usual approach fails miserably with this group – in this study 0% managed to quit smoking.

The result with free ecig kits: 6%. The figure is far from perfect, but double that of the figure attained by the methods favoured by people opposed to vaping within a population facing the most difficult journey to break free from addiction.

The team concluded: “These trials have shown proof of concept. People who would answer ‘no’ to ‘do you want to stop smoking now?’ may be helped to stop over a longer period by applying drugs formerly reserved only for abrupt cessation. The importance of these trials is that they show that treating a population of smokers not ready to stop means more of them stop. Therefore it is important to examine how nicotine assisted reduction to stop can be incorporated into tobacco control programmes.”