X
This site uses cookies to provide and improve your shopping experience. If you want to benefit from this improved service, please opt-in.
More Info
Accept Cookies
BlogHow To GuidesHow Does Vaping Actually Work?
Menu
How To Guides, Vape Hardware

How Does Vaping Actually Work? 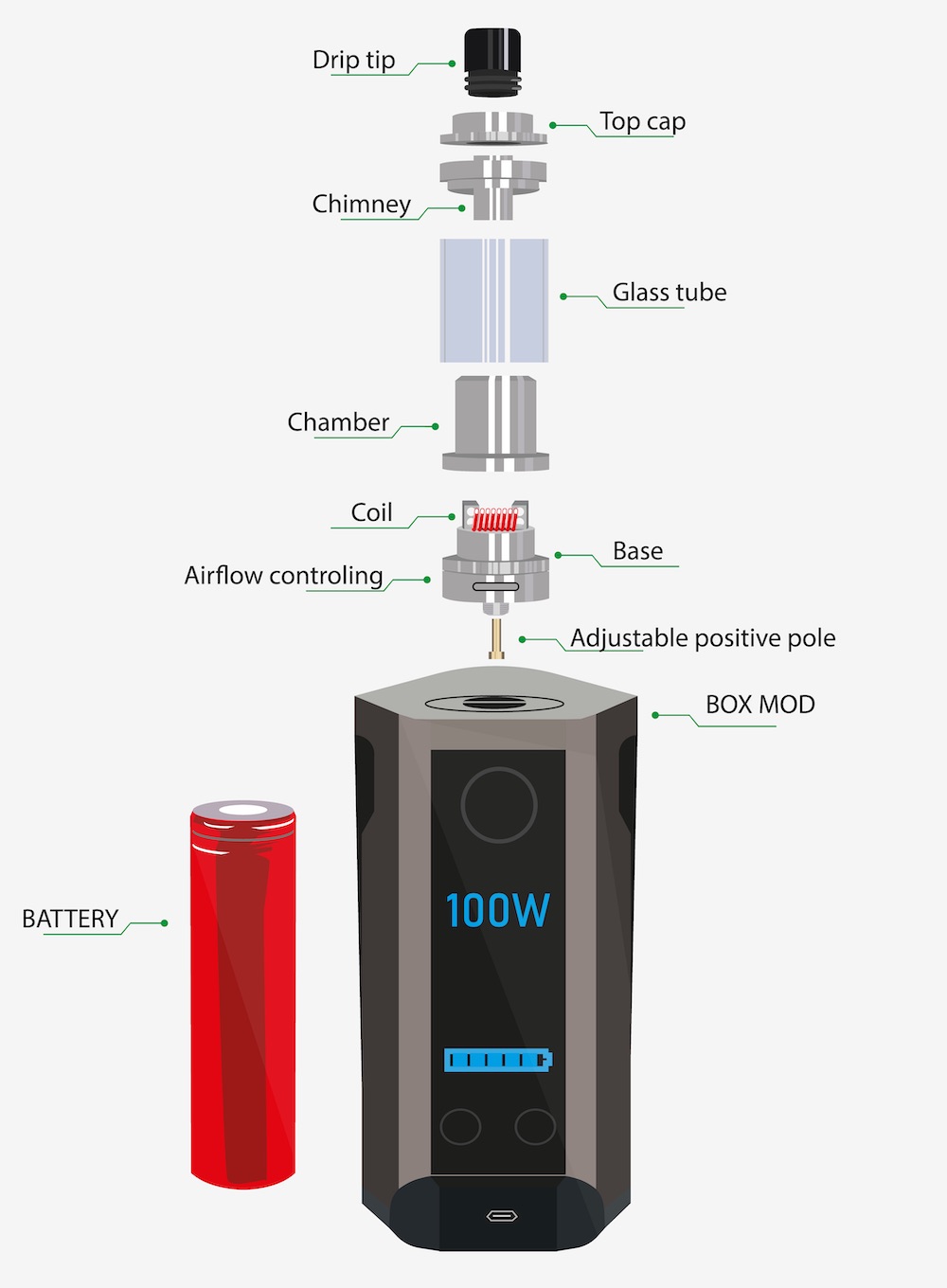 Famed author Arthur C. Clarke once said that “any sufficiently advanced technology is indistinguishable from magic.” Although putting vaping into that category might be laying it on a bit thick, it’s difficult to overstate what the technology of vaping has done for the smokers of the world over the last decade. In the United Kingdom, there is now one vaper for every two smokers. Of those, 54 percent have given up smoking completely. The pharmaceutical companies of the world have created one smoking cessation product after another over the years, and none of those products have come anywhere near the success rate of vaping. In a sense, that is a bit magical.

For some people, it’s enough to know that an e-cigarette just works. You puff on the device, and you enjoy a tasty cloud of vapour that also supplies nicotine to your body. For other people, though, it’s no fun to use a gadget whose inner workings are shrouded in secrecy. You have a basic idea of how your computer and mobile phone work, and you can fix most of the things that go wrong with those devices. If you feel that the same should be true of your vaping device, this is the article for you. You’re about to learn how vaping actually works.

How Does a Vape Work? The Battery and Charging Circuitry

So how does a vape work? A vaping device uses a heating element to boil e-liquid, turning it into vapour that you can inhale. For that to happen, the device needs power, and it gets that power from one or more lithium-ion batteries. What you may not realise, though, is that a dual-battery vaping device stores about the same amount of power as a notebook computer. While a computer can run on battery power all day, though, a vaping device actually spends most of its time idle. You’ll get somewhere in the neighbourhood of 150 puffs out of a dual-battery device before it’s time to recharge it, and at an average length of about three seconds per puff, that means you’re only getting a few minutes of active use out of your vaping device between battery charges. That’s a huge power draw.

For another way of understanding the amount of power in your vaping device, consider the fact that the typical dual-battery vaping device uses two 18650 cells. Put around 7,000 of those cells together, and you’ll have a battery pack for an electric vehicle that can travel hundreds of miles between charges.

The battery in your vaping device is responsible for sending power to the atomizer coil to vaporize the e-liquid. In addition, your device also has battery management circuitry that’s responsible for charging the cells and ensuring that their voltage is never allowed to go too high or low.

How Does Vaping Work – The Integrated Circuit, Firmware and Power Regulation Circuitry

Aside from mechanical mods – which have no electronic components and are outside the scope of this article – all vaping devices have integrated circuits and firmware controlling their operation. Effectively, that means a vaping device is like a computer on a small scale. The device’s integrated circuit and firmware control what happens when you press the device’s fire button, and the power regulation circuitry either boosts or reduces the voltage coming from the battery in order to output the correct wattage to the atomizer coil.

In addition to managing power delivery and providing the interface that you use to control your vaping device, the integrated circuit and firmware also perform the crucial function of ensuring that you can vape safely without causing the battery to overheat. As mentioned above, a vaping battery stores an incredible amount of energy in a tiny package. A short circuit or thermal emergency would be an extremely dangerous event, so your vaping device has built-in safety measures to help prevent those things from happening.

The typical safety features of a vaping device include:

The Tank and Atomizer Coil

While the main body of your vaping device is responsible for managing and delivering power, the tank and atomizer coil are responsible for managing your e-liquid supply. A vape tank is actually a pretty ingenious invention because it has multiple holes – holes for air to enter at the bottom and a hole for vapour to exit at the top – and yet, it can somehow hold several millilitres of e-liquid without leaking. A vape tank prevents leaking by using several silicone gaskets to prevent the e-liquid from coming out. The tank also maintains an internal vacuum that helps to prevent the e-liquid from seeping out through the atomizer coil.

The atomizer coil in a vape tank has a densely packed cotton wick that keeps e-liquid in close contact with the coil’s heating surface and manages the flow of liquid throughout the tank. Here’s how it works.

When talking about how does a vape work, the last component that makes your vaping device work isn’t a part of the hardware. In fact, it would be more accurate to call it the software. We’re talking, of course, about the e-liquid. Vape juice generally contains nicotine, which is obviously the point of vaping for most people. Vaping replaces the nicotine that you would get from smoking. Since you absorb the nicotine via inhalation, vaping is as satisfying as smoking. That’s what has enabled so many vapers to stop using tobacco products.

E-liquid also contains flavours, which helps to reinforce the enjoyment you derive from vaping. Objectively, e-liquid is dramatically tastier than cigarette smoke, and that helps to make quitting easier.

Nicotine and flavours are both highly concentrated substances in their original forms, so an e-liquid also needs a carrier to dilute those substances and create a usable product. In most e-liquids, the carrier is a blend of propylene glycol and vegetable glycerine. In a typical bottle of e-liquid, in fact, about 90-95 percent of the content is the carrier – not the nicotine and flavours. The carrier creates the clouds that you see when you vape. Adjusting the ratio of the two carrier liquids can dramatically change the performance of the e-liquid. That’s why a bottle of e-liquid usually has its VG/PG ratio printed on the label.