X
This site uses cookies to provide and improve your shopping experience. If you want to benefit from this improved service, please opt-in.
More Info
Accept Cookies
BlogQuitting SmokingHow Long Does Nicotine Stay In The Body
Menu
Quitting Smoking

How Long Does Nicotine Stay In The Body

Typically, employers on behalf of their insurance companies are testing for nicotine due to a policy relating to the smoker or vaper’s employment. Although this is more frequently found overseas, it is becoming increasingly common in major organisations in the United Kingdom. The problem is that almost every insurance company fails to distinguish between smoking, universally accepted as causing harm, and the far safer form of using nicotine through vaping. 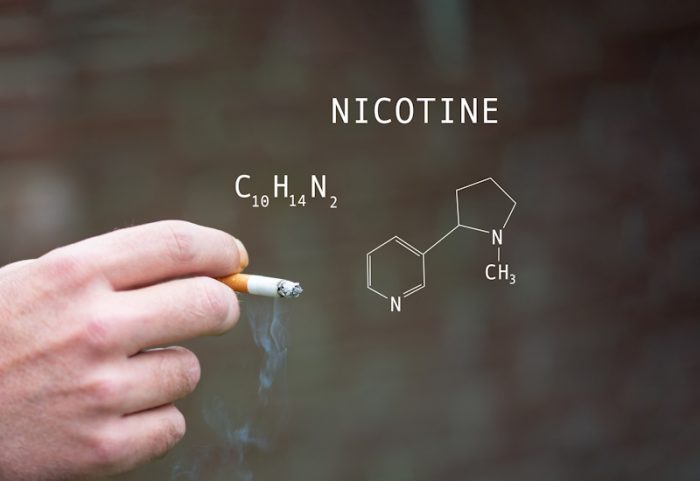 What does nicotine do to the body?

Nicotine is a stimulant, like the caffeine in coffee.

When it enters the bloodstream it can decrease appetite, lift your mood, temporarily increases the heart rate and blood pressure. It increases alertness and improves memory.

Excess nicotine can lead to nausea, which in turn causes the nicotine user to self-regulate the amount they take in, called self-titration.

How long does nicotine stay in the body?

Nicotine is rapidly broken down by the body. The speed at which it is broken down can be gauged by how often a nicotine user feels the need to top up.

Nicotine in the blood is almost undetectable for the average user after a couple of days and traces will have totally disappeared from urine by the end of a week.

As nicotine travels around the body, it ends up in the liver where it is broken down and forms a substance called cotinine. Cotinine can remain in the body for up to four weeks but is typically undetectable after a week.

Finally, the more hydrated you are, the faster traces of nicotine or cotinine will be flushed from the system.

How can you test for nicotine?

Smokers may be familiar with a carbon monoxide test at their GP, where you blow into a carboard tube attached to a monitor that displays a reading. This may give an indication of smoking but it isn’t testing for nicotine in the body.

Testing for nicotine involves either a blood test, a saliva test, a urine test, or a hair test.

The blood test is the most expensive but also the most accurate, combining the ability to test for cotinine as well as nicotine. The two types of tests can provide either a yes/no for any presence or, more expensive still, state how much nicotine or cotinine is present. Hair testing is more accurate than blood testing but is hugely expensive.

Urine is used to dump cotinine from the body and therefore contains higher levels of it compared to blood. This means this is an easier way to identify presence – and simply dipping a test strip into a pot makes it fast and cheap.

Testing saliva in the mouth is also fast, cheap, and easy but saliva contains very small quantities of cotinine.