X
This site uses cookies to provide and improve your shopping experience. If you want to benefit from this improved service, please opt-in.
More Info
Accept Cookies
BlogQuitting SmokingHow much can vaping cost if you want to splurge?
Menu
Quitting Smoking, Vape Hardware

How much can vaping cost if you want to splurge?

A major reason given by smokers for switching to vaping can be the saving you can make from not buying tobacco products, second only to the desire to improve their health. But, if you have deep enough pockets or are unfortunate to visit the wrong country, it is possible for you to spend a considerable amount of money. 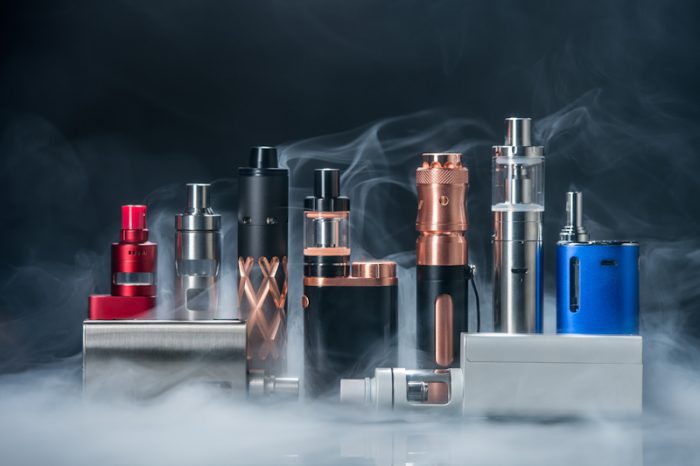 As you can see from our website, a budget refillable starter kit can cost as little as £5.99, leaving just the minimal cost of buying e-liquid and saving thousands of pounds for a smoker switching to vaping over the course of a year.

How much can vaping cost if you have deep pockets?

The answer is quite scary. For some, they choose to spend money on bespoke or limited run devices. Others have to deal with the fact that the rules in their country makes switching an expensive process.

Hand turned wooden devices combine unique grain with skilled craftsmanship, but the time it takes to make each one comes at a cost. Not only can the retail price be as much as £500, but the low numbers made combined with demand can lead to incredible second-hand values. An example of this is a Gepetto Elite V2 that sold for over £2000 on eBay.

Some expensive devices gain value by someone else adding to them. Engraver Otto Carter took a sought-after Chi You mechanical mod and added his personal dash of engraved artwork – turning a £150 device into something that then commanded a £2000 fee.

As expensive as that might sound, it pales when compared to the budget shisha pen ordered by a Russian billionaire for his girlfriend. Following the addition of diamonds, Swarovski crystals, a custom-made glass tank and a 24ct gold button, the final amount paid to the British company was £550,000!

So, if we stock some diamond encrusted tanks, how many shall we put you down for?

The UK is lucky that the Government values the role that electronic cigarettes play in reducing the incidence of tobacco-related disease and death, consequently vaping is attractively priced when compared to smoking.

Contrast this with places like Australia, Portugal, or some African nations where less enlightened views prevail.

Budget starter kits in Australia currently cost six times the amount you pay here at home. Portugal leads Europe with the tax it places on every bottle of e-liquid, adding £2.75 to the price of 10ml of juice.

Portugal has nothing on the USA state of Minnesota though, where legislators have decided to almost double the cost of eliquid by adding a tax of around £15 onto every bottle.

Then there is the tobacco harm reduction paradise of Malawi. While smokers can buy packs of cigarettes costing around 70 pence, the lowest priced e-cig starter kit would set you back over £50.

There again, if you are vaping with a diamond covered vape kit, these costs probably won’t bother you.