X
This site uses cookies to provide and improve your shopping experience. If you want to benefit from this improved service, please opt-in.
More Info
Accept Cookies
BlogHow To GuidesHow to Use a Disposable Vape Pen
Menu
How To Guides, Vape Hardware

How to Use a Disposable Vape Pen

How to use a disposable vape pen: Make your transition to vaping easier with these simple instructions.

Here at Vape Kit, one of the things we love most about the vaping industry is the incredible variety of products available. No matter how much you might think you hate gadgets, you can still find a product that’ll make the transition from smoking to vaping easy and fun.

We know that a vape pen can seem too complicated at first with all the settings and changing parts. But why get a Tesla when all you need and want is a bicycle?

No product exemplifies that more than the Ten Motives disposable vape pen, which we carry in Tobacco and Menthol flavours for just £5.49. Each disposable vape pen delivers around the same nicotine as 40 tobacco cigarettes, so this isn’t just a product that provides a good introduction to vaping; it might even turn out to be the only vaping product you ever want to use.

How to Use a Disposable Vape Pen

The best part of using a disposable vape pen is that it comes out of the package ready for vaping. The battery is charged, and the cartridge is full of e-liquid. It’s ready to go, and you don’t have to think about any setup!

All that you need to do is puff on the vape pen as if you were smoking a cigarette. It has an airflow sensor, so it’ll produce vapour automatically when you inhale. That’s it.

When using your disposable e-cigarette, keep your puffs long, gentle and slow. Get a feel for it. Use only as much air pressure as is necessary to get the indicator light on the end of the vape pen to turn on. You can’t take short, firm puffs with an e-cigarette as you might when smoking a tobacco cigarette. Puffing more firmly on a tobacco cigarette gets it to burn down more quickly, but an e-cigarette doesn’t work in the same way. If you use too much air pressure, it’ll spit e-liquid into your mouth. Easy does it.

How to Get More Vapour With a Disposable Vape Pen

Would you like to get bigger vapour clouds from your disposable vape pen? Try the “primer puff” technique. Take a short puff to get the vape pen’s atomizer coil hot. Take a longer puff immediately after. You’ll enjoy more vapour since the vape pen’s coil will already be pre-heated. Note that while the primer puff technique does produce bigger clouds with a disposable e-cigarette, it’ll also exhaust the device’s supply of e-liquid more quickly.

If you’d like to experience a vaping device with even better performance, we suggest the Vype and Dot Pro pre-filled pod systems. Both cost less than £20, and they’re very easy to use.

The good news is that if you try a vape pen for the first time and don’t really like it – it’s ok. No two vape pens are the same, and not every vape pen is perfect for every smoker. The point is, you have to experiment in order to see what you like. This is probably the same way you have experimented with regular cigarettes when you started.

According to studies by the US Library of Medicine, 20% of smokers per year switch brands. People are always looking for something better – something that is more pleasant and satisfies them more. Tastes change, new products come out, we become different people. This is, after all, why you’re thinking about making the switch to vaping in the first place, right? Because you want something better.

People change the types of vape pens they use as well. So don’t be alarmed if your first vaping experience doesn’t knock your socks off – keep learning about techniques and experiment with different products. Disposable vape pens will help you with your technique and with picking the right flavour profiles as well.

And after all, they are disposable vape pens. You don’t have to get married to them. 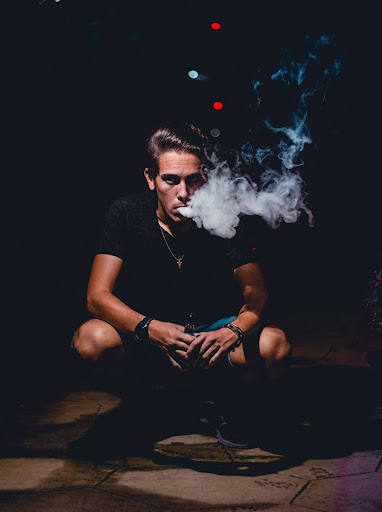 One of the most important things to remember about using a disposable vape pen is that an e-cigarette isn’t self-limiting in the way that a tobacco cigarette is. When you light a cigarette, you’re committing yourself to a full smoking session in which you smoke the whole thing unless you happen to be one of those people who doesn’t mind the flavour of a re-lit cigarette. You’re not just going to light up without thinking about it.

With a disposable e-cigarette, on the other hand, you have something that’s ready to use and, apart from the life of the battery and the supply of e-liquid, doesn’t limit your usage at all. You may find yourself puffing mindlessly on your vape pen without really thinking about what you’re doing. Don’t fall into that trap – you’ll use the vape pen too quickly. When you vape, take a few puffs and then put the pen down for a while. Vape again when your nicotine cravings return.

This way, you won’t go down the slippery slope of intaking more and more nicotine.

Tips for Timing Your Vaping Sessions

We talked about how to inhale, now let’s talk about the “taking a break” part and the timing of your vaping session. Do you need to take “vaping breaks” just like you took “cigarette breaks”?

If you have smoked for a while, you already know how much nicotine you need. On average, a smoker will take a cigarette break for about 5 to 8 minutes. And they don’t stand there and smoke like it’s their job – people take smoke breaks to relax, to talk (or not), to think and to focus on relaxation for just a few minutes.

The simple answer is – while your “breaks” should probably be timed, a vaping session doesn’t have to be. Simply vape as much as you think you need, but do it slower than smoking a normal cigarette. Vape pens are a cleaner, more efficient nicotine delivery device, and you might need less inhaling than you would with a normal cigarette.

Like we mentioned before, you can’t just “smoke until you’re done” – a disposable vape pen doesn’t signal when you have finished as pointedly as a cigarette simply burning out. No – you’re in charge here. On average, one vape pen is equal to about 300 puffs, which is the same as puffing through a whole pack of 20 regular cigarettes.

Did you know that different vaping products have different nicotine levels? Before you place a disposable vape pen into your shopping basket, you can choose the amount of nicotine you will get. For example, a Strawberry Ice Disposable Vape Pen is available in either 10mg or 20mg nicotine strength.

Having a choice is a great thing when trying to pick a good first disposable vape pen – some people go for less nicotine because they want to smoke without having a powerful kick – they enjoy the “ritual” of vaping.

What works best for most vapers? We looked around forums, asked friends and examined our own vaping habits, and it turns out that a lot of people use vape pens on a “need a puff” basis. A lot of people keep their vape pens handy and ready to go. Here is the big scoop on vaping that not a lot of people talk about, but it’s one of the greatest things that happen when you quit traditional cigarettes and start with a vaping device: it’s a lot more socially acceptable.

In fact, you can vape in many more public places, and the lack of a burning sock smell makes it ok to vape in some work situations and homes. This means you can take it out whenever you need a pick-me-up and not wait for a perfectly opportune time to go outside and have a pre-established dose that a traditional fag will offer you.

Instead of burning from start to finish, you can just take a drag of vape and relax – and put it away until you need it again. We personally liked that freedom of not being told what to do.

When Is Your Disposable E-Cigarette Finished?

It’s time to discard your disposable e-cigarette if it stops producing vapour or has no flavour. Do you feel like you haven’t gotten enough life out of your vape pen? It could be that you’re simply vaping too rapidly and have exhausted the supply of e-liquid close to the atomizer coil. Wait a while for the e-liquid in the vape pen to redistribute itself throughout the cartridge, and then try vaping again. If you’re still not getting any flavour, you’ve definitely used all of the e-liquid.

What Are Some Different Vape Pen Options?

With vape pens, you will have several options to choose from, so be on the lookout:

Disposable vape pens are the perfect tool to use if you want to move on from smelly and less socially acceptable cigarette smoking. They’re not as imposing and complicated as non-disposable vape pens, and you can get started vaping without a fuss – they come fully charged and ready to go.

Besides the ease of use comes the magic of non-committal.  They’re disposable, so you can easily switch flavours, brands, or the amount of nicotine you intake. You can see how to use a vape pen before you commit to getting a full-blown vape pen starter kit with all the bells and whistles.

There are many experienced vapers who prefer disposable vape pens for their simplicity and pocket-friendliness. Sometimes, the simpler, the better. 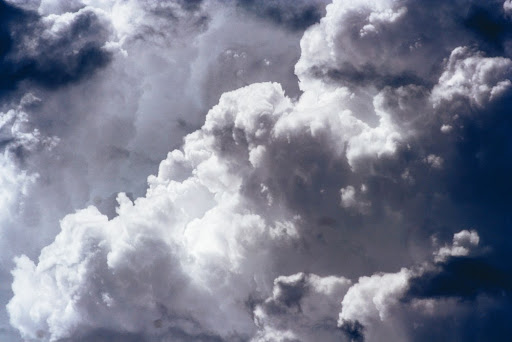