X
This site uses cookies to provide and improve your shopping experience. If you want to benefit from this improved service, please opt-in.
More Info
Accept Cookies
BlogNewsIBVTA Fighting For You
Menu
News

The Independent British Vape Trade Association (IBVTA), of which Vapekit is a proud member, has become aware that a number of local councils have already, or are considering banning smoking in outdoor spaces through recent media reports. Consequently, it has written to the councils concerned to point out the importance of electronic cigarettes in reducing tobacco-related harm. 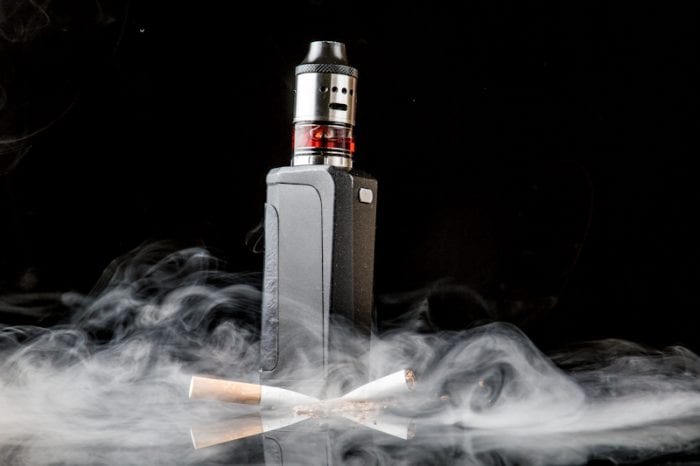 The IBVTA is the only trade body for vaping in the UK exclusively representing businesses that are independent of the tobacco and pharmaceutical industries. It wrote to the authorities regarding the recent reports of outdoor bans at hospitality venues and outside retail premises.

The organisation told them: “Vaping (the use of e-cigarettes) is now the UK’s most effective and most popular tool to de-normalising smoking and has already helped millions of smokers across the UK to quit. There are currently around 3.2 million vapers in the UK, and independent research has found vaping to be at least 95% safer than smoking [1],[2]. The vapour emitted from e-cigarettes represents less than half of one percent of the cancer risk of tobacco smoke [3], and vaping is not considered to present any risk to bystanders in the same way as “second-hand smoke” does [4].”

The IBVTA pointed out that many public health organisations have stated that smoking bans should not be extended to vaping. In its most recent report [5], the Royal College of Physicians stated: “Permitting vaping in outdoor areas where smoking is prohibited makes a clear distinction between these two activities each with very different health implications for both the user and the bystander. At the same time, it creates a situation where smokers are ‘nudged’ into replacing smoking with a far less harmful activity and it protects ex-smokers who have quit smoking from the risks of exposure to smoke and relapse to smoking.”

The IBVTA recognises that a number of local authorities and smoking cessation services now promote vaping as part of a range of options within their stop smoking programmes. It told them that the IBVTA and its members support and encourage those efforts in encouraging greater numbers of smokers to make the switch.

“A huge part of the success of these projects has been to make clear the distinction between smoking and vaping.”

The IBVTA concluded that including vaping in any restrictions on outdoor smoking, “would be detrimental to these local efforts, further confusing smokers and the public about the benefits of switching to vaping, and ultimately harming public health.”

Do you live in an area where the local authority has banned vaping in public spaces? Why not share this article with them and on social media.

[1] E-cigarettes around 95% less harmful than tobacco