Vape laws don’t change on their own and organisations don’t alter e-cig policies for no reason – they need input from experts advocating for tobacco harm reduction. Clive Bates is the UK’s leading tobacco harm reduction advocate. From previously working with Action on Smoking and Health to his efforts with the New Nicotine Alliance and ETHRA, Clive is an unpaid force that has had a direct impact on the way we vape and the vaping products we buy. 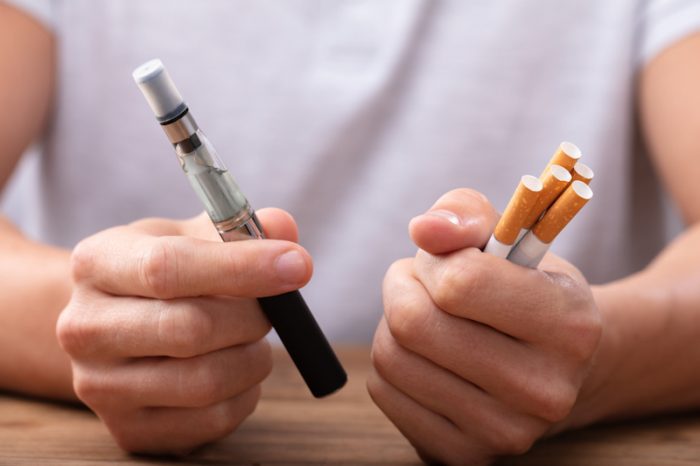 Currently, Director of Counterfactual, a consulting and advocacy practice focussed on a pragmatic approach to sustainability and public health, Clive was previously the Director of the anti-smoking charity Action on Smoking and Health. Following that, he moved on to be a civil servant in Prime Minister Tony Blair’s Strategy Unit.

His interest in reducing the damage caused by smoking, his interest was piqued as vape shops began to spring up and smokers willingly switched to using an electronic device. Moreover, something fundamentally different was taking place: nobody in the history of tobacco control had ever eulogised about a nicotine replacement patch to their friends, not a single person had ever created an online forum where nicotine gum users could discuss the product, how to improve it and share their opinions on the flavours they used.

Vaping struck a chord because it became more than just another method of replacing smoking. Users interacted and got excited about the mods, tanks and e-liquids. Smoking cessation had just gone through a paradigm shift, quitting tobacco use would never be the same again.

Clive recognised this even though it challenged some of his preconceptions, the same couldn’t be said for many in tobacco control who failed to see beyond the similarities between smoking and vaping.

From that moment, Clive began to challenge received wisdom and make submissions to government consultations around the world. This combined with attendance at numerous conferences where he stood up for facts, evidence, and deconstructed the objections to the use of electronic cigarettes.

During the COVID lockdowns, many UK e-cig users were offered the opportunity to listen to him speak as conferences that usually charged for admission became free online streaming events.

His forthright, no-nonsense nature is balanced with a sharp wit always ensures his contributions are something worth listening to. Likewise, when writing, his forensic analysis of the issues relating to tobacco harm reduction makes for compelling reading.

Speaking on streamed meetings, Clive has addressed subjects such as teen use of vape products, whether nicotine is being maligned, the potential for vaping to save lives, the reasons people object to e-cigs or want them harshly regulated, the need for reform and relaxation in our current laws, the pressing need for the World Health Organization to change its stance, and more besides.

A recent streamed event featuring Clive if you want to embed