Introducing Dr Farsalinos, commonly referred to as Dr F, a name instantly recognisable to those following the vape debate in scientific research and public health circles. Konstantinos Farsalinos has been prolific in the number of studies he has published and is frequently seen at conferences around the world. A mark of how successful he has been can be measured by the venomous attacks he is increasingly subjected to. 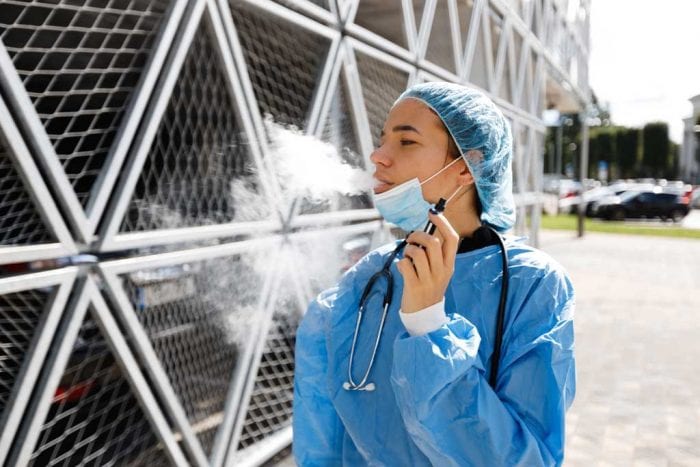 Dr F worked as a doctor in the Czech Republic, in Greece, and as a military physician. He moved into academia in 2007 and currently holds a number of senior researcher posts [link]. He has been an outspoken supporter of vaping and is always quick to critique other work when he sees flaws in the methodology, analysis or conclusions.

He produced one of the first studies looking at the components of eliquid and the toxins they could produce. Within a month, a lot of independent juice makers reformulated their recipes and voluntarily looked at producing test certification. By the time the government made legislation banning a chemical compound called diacetyl almost every manufacturer had already done so.

Experience of this lent Dr F a great deal of credibility in the eyes of consumers and businesses, and he was a badly needed voice of reason when studies began whipping up fear of toxicant exposure: “As you all know, I have a strong opinion against the use of diacetyl and acetyl propionyl in e-liquids. In the study we published last year, we made this clear and we analysed the potential risk from the use of these compounds at high levels (basically, when used as ingredients, or are present as contaminants but at high levels). We emphasized the fact that none should deliberately add these compounds in e-liquids and tests should be conducted to detect potential sources of contamination. All these are, in my opinion, responsible measures to avoid this unnecessary exposure. However, we also presented literature data that tobacco cigarette smoke contains high levels of diacetyl and acetyl propionyl, on average 100 and 10 times higher compared to our samples respectively.” [link]

Similar errors were being made in papers claiming vaping offered a risk of “popcorn lung”, something Farsalinos was swift to debunk: “The authors failed to mention the presence of these compounds in tobacco cigarette smoke. This omission creates the impression that e-cigarettes are exposing users to a new chemical hazard, while in reality their exposure will be much lower compared to smoking.”

The fight for truth in public health statements about vaping was truly on by 2015. For example, Dr F took German researchers investigating “cytotoxic potential” of e-cigarette vapour to task for methodology mistakes [link]. Following that, he drilled down and was able to confirm: “The study verifies our previous findings from two cytotoxicity studies [link and link], which showed that tobacco cigarettes were by far more cytotoxic than e-cigarettes.”

Since then, Konstantinos Farsalinos has gone on to make comment every time comment was needed. When the US Surgeon General released a terrible report on ecigs, Dr F said: ““The report is filled with claims about harm, while there are no real facts about any harm caused by e-cigarettes to anyone (user or bystander). The statements about harmful and potentially harmful compounds are nothing more than emotional statements with no real content in terms of realistic risk.” [link]

When asked to speak at the Global Forum for Nicotine, he denounced the ever-growing waves of shoddy science emanating from the United States, talking about how people conducting studies didn’t even understand what they were investigating. He took issue with how they were doing it too such as the scientists injecting of mice with e-liquid and the plethora of papers where they starved coils of juice so only measured unvapable dry burning coils.

Recently, he has engaged with consumers by taking part in a Zoom chat hosted by the New Nicotine Alliance [link] and produced papers looking at nicotine use and COVID-19.

The measure of how successful he has been can be gauged from the response. Recently, he has been insulted and defamed by academics and journalists employed by organisations run by billionaire Michael Bloomberg [link].

As countries outside the United Kingdom clamp down on vaping, we can be glad we have an expert like Dr Konstantinos Farsalinos who is prepared to speak out.