Is Pop Culture Causing Youths To Smoke Or Vape?

Are music videos featuring electronic cigarettes part of a tobacco industry plot to force children into a lifetime of tobacco addiction? Researchers at the New York University Grossman School of Medicine fed some fears to the Daily Mail, but it doesn’t seem to be the entire story. 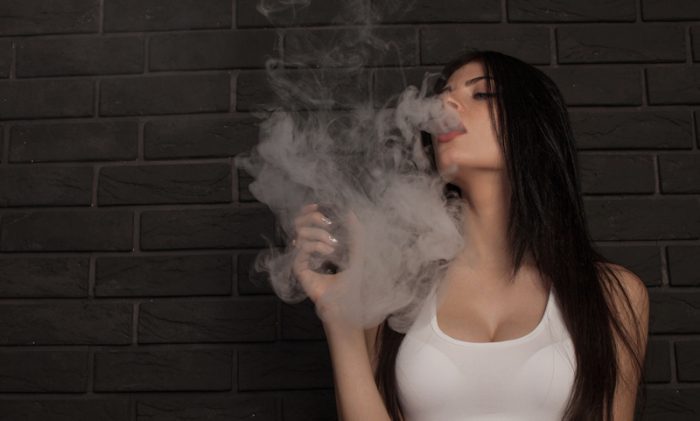 A team of researchers in New York conducted a study “to determine the frequency of alcohol, marijuana, cigarettes/cigars, e-cigarettes, and hookah portrayals in popular music lyrics and videos on YouTube across 6 genres over 7 years.”

They write: “We analysed 699 songs from the Billboard Hot 100 between 2014 and 2020. The majority of songs (59.2%) on YouTube included either lyrical or video depictions and 20.6% included both. Songs that featured substances/devices were viewed 148 billion times on YouTube as of February 2021.”

They believe that pop music celebrities “promote substance use in their lyrics and music videos, which are easily accessible to children and adolescents”, and that by encouraging vaping children will go on to smoke.

One of the researchers, Stephanie Albert said: “Celebrities know that younger people look up to and emulate them. We want to see far less of these substances depicted in music lyrics and videos. There are no health benefits for young people who use them, but there are certainly many risks and negative consequences.”

They studied videos from 2014 – therefore the question is have these videos encourage vaping and normalised smoking in teen communities?

No, it hasn’t. In fact, the researchers and the Mail have forgotten to look at the data. Teen smoking rates have plummeted, and teen vaping rates have been dropping year on year. ASH UK research shows that main reason young people try vaping is not because of music videos but simply to give it a try – with almost all not bothering to continue.

Dr Oyston an anesthesiologist at The Scarborough Hospital in Toronto goes further. Looking at the recent data in the United States, he says vaping has been “an accidental success story” because it has almost completely replaced teen smoking in America.

“The young people who do not smoke in High School are not going to start smoking cigarettes in their 20s or 30s. If only 2% of 18 year-olds smoke now, in 20 years’ time less than 2% of 38 year-olds will smoke.

“The fear that vaping is a gateway to smoking has been completely eliminated by the data that shows vaping is in fact a diversion from smoking.”

Dr Oyston points out that being healthier, inexpensive, accessible and discrete, it’s no surprise that ecigs have been adopted – making teen smokers as rare as BASF C90 mixtapes.

Bad luck, Taylor Swift, it looks like your evil plot has failed!