X
This site uses cookies to provide and improve your shopping experience. If you want to benefit from this improved service, please opt-in.
More Info
Accept Cookies
BlogHow To GuidesHow to Make Your Vape Coils Last Longer
Menu
How To Guides, Vape Hardware

How to Make Your Vape Coils Last Longer

Do you ever look at the amount of money you spend on vaping and decide that it seems like quite a lot? Do you actually find yourself spending more than ever to vape even though the price of e-liquid has done nothing but go down over the years? 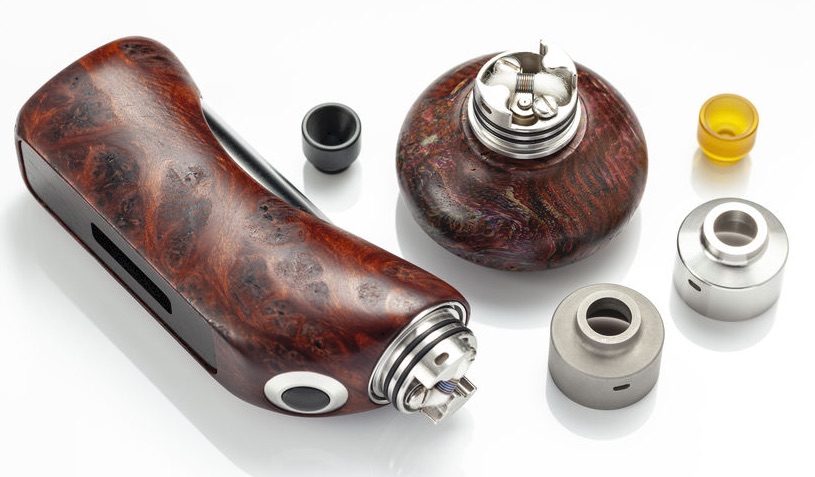 If you’re spending too much to vape, it’s almost certain that you can blame your coils. While e-liquid has steadily decreased in price over the years, coils have only become larger and more complex – and significantly more expensive. To make matters worse, you probably find that your coils don’t seem to last nearly as long as they once did. What’s the problem?

In this article, we’ll discuss why vape coils never seem to last as long as they used to. More importantly, we’ll explain what you can do to make your coils last longer. Let’s begin!

Why Do Vape Coils Burn Out So Quickly?

The speed at which vape coils burn out is largely a function of three factors.

With those three factors in mind, let’s examine the things that you can do to make your vape coils last longer.

By far, the presence of sucralose is the biggest factor that causes vape coils to burn out quickly. That’s because sucralose doesn’t convert completely to an aerosol when it’s heated; a portion of it sticks to your atomizer coil.

Essentially, the same thing happens when you use an e-liquid that contains sucralose. The vapour tastes sweet because it carries some of the sucralose, but the rest of the sweetener remains stuck to the atomizer coil. The residue eventually starts to burn, creating a horrible burned flavour.

If you use unsweetened e-liquid, you’ll find that your coils last dramatically longer.

Here at Vapekit, we’ve made it a special point to carry a large selection of unsweetened e-liquid due to customer demand.

Prime Your Coils Before Using Them

It’s incredibly important that you prime a coil before using it because priming the coil dampens its wick and helps it absorb the e-liquid in your tank more quickly. If you don’t prime a coil, it could still have a dry pocket even after you’ve filled your tank and waited several minutes – and if a coil has a dry pocket, its wick could burn. A burned wick ruins a coil forever.

To prime a coil, simply use the tip of a bottle to rub a little e-liquid into all of the openings on the coil where you can see white cotton. When all of the cotton looks damp, install the coil and fill the tank. After a few minutes, the wick should be completely soaked, and the coil should be ready to use.

Keep Your Tank Topped Up

Have you ever noticed that, when your vape tank starts to get a bit low, the e-liquid no longer completely covers the coil’s wick openings? That’s the reason why some vape tanks have minimum fill lines. If the e-liquid doesn’t cover the wick openings, the wick won’t work efficiently – and that’s what leads to burned cotton. Preventing that from happening is very simple. When your tank is half empty, it’s time to top it up.

Watch Your Wattage When Vaping

Having a device with variable wattage adds a great deal of flexibility to your vaping setup. It allows your device to deliver a great experience with any vape tank. Small adjustments in your vaping wattage can also help to bring out the distinct flavour notes in your favourite e-liquids. Having a variable-wattage vaping device, however, also makes it possible for you to use a wattage setting that’s too high for your coil.

A vape coil will always have a wattage range etched into its side. The coil should work reliably within that range, but it’s important to keep in mind that the wattage range is only a suggestion. You should base your vaping wattage on the length of your puffs. If you vape in quick bursts, it’s okay to push your wattage up a bit. If you prefer longer, deeper puffs, you should set your device to the low end of your coil’s suggested wattage range.

One important thing to remember about coil life is that two of the primary factors that cause a coil to burn out quickly – the amount of e-liquid you use and the heat of the coil itself – are largely mitigated if you use a smaller vaping device such as a pod system. Companies have added sweeteners to their e-liquids almost as long as vaping has existed. Short coil life has only recently come to light as a major issue because of the amount of e-liquid people use today.

If you enjoy using sweetened e-liquid and don’t want to switch to a different flavour, you might want to consider using a lower-wattage vaping device such as a pod system. You’ll need to increase the nicotine strength of your e-liquid to maintain the same level of satisfaction that you currently enjoy, but the fact that you’ll use significantly less vape juice will mean that your coils will last much longer than they currently do.