More Nicotine in eCigarettes Makes It Easier to Quit Smoking

Multiple studies have shown that switching to vaping works as a method of stopping smoking, and e-cig use is now the country’s most popular option in quit attempts, but juice has been limited to a nicotine strength of 20mg/ml since Europe’s Tobacco Products Directive became part of our laws. Latest research published in Nicotine & Tobacco Research shows that increasing levels of nicotine in e-liquid is linked to a better chance of quitting tobacco use. 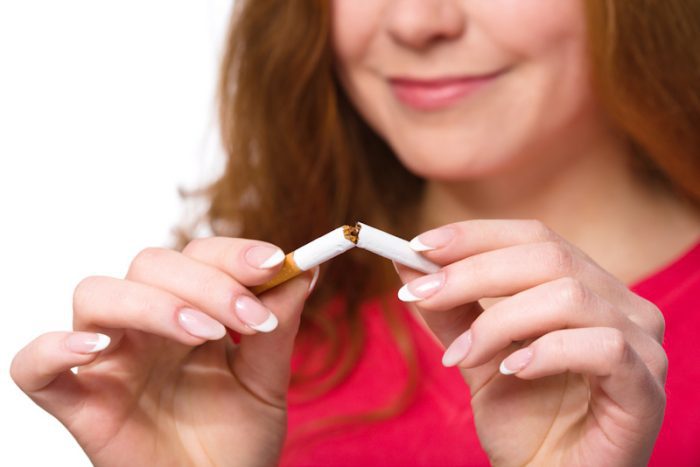 “Differences in Switching Away From Smoking Among Adult Smokers” was published in Nicotine & Tobacco Research, the product of scientists working for Juul Labs and Pinney Associates.

They say that electronic cigarettes could improve public health if smokers use them to switch from cigarettes to using e-liquid. Successful switching, they add, is conditional on the smoker finding a juice and vape set-up that provides a satisfying amount of nicotine.

Researchers have noted in the past that people using e-cigs show what they term self-titration – a vaper will vape as often as they need to until the nicotine in their blood system reaches a certain level. They observed that increasing the concentration of nicotine in e-liquid would result in users vaping less frequently.

The current maximum nicotine concentration of 20mg/ml doesn’t apply in some other countries. Consequently, the research looked to compare how quit rates differed when smokers were able to use higher strength eliquid. They compared successful switch rates in Britain with the United States of America and Canada, where users can access 59mg/ml pods.

With almost all participants using the highest strength liquids available in their respective countries, it was found that quit rates were similar in all countries after one month – but this changed dramatically as time wore on.

From three to six months after switching, the rates were considerably higher in the North American countries. In fact, after six months, a phenomenal 38.0% of users had successfully switched and not returned to smoking. This figure is almost double that of the users in the United Kingdom and absolutely dwarfs success rates for nicotine replacement products such as gum, patches, sprays and prescribed medication for smoking cessation.

The authors of the study concluded: “These results suggest availability of [eliquid] in nicotine concentrations greater than 20 mg/mL may be associated with increased switching among adult smokers. Differences in smoking and [eliquid] use characteristics did not explain associations of location and switching; however, between-country differences may be affected by unmeasured factors.”

The findings were echoed in a survey conducted recently by consumer advocacy organisation The Malaysian Vapers Alliance. The Alliance found that four fifths of their respondents currently used the maximum strength they could source – typically between 40 to 50 mg/ml (over twice as strong as that found in the UK).

Malaysia is currently pushing to restrict nicotine levels to the European 20mg/ml. All of those responding said that they would source their products on the black market if access to high strength liquids was to be taken away.

Many are pushing the UK government to relax the nicotine limit now that we no longer have to conform to the European Tobacco Products Directive. Given the research and the survey, we can only guess how many more British smokers would be able to successfully switch away from tobacco if they did.