Following an incredible period of bad press recently, vaping could benefit from a boost. Fortunately, it has received one this week with the release of a new documentary

Made by Yorkshire Cancer Research, Vaping Demystified is a new film which explores the safety of vaping and how it can help smokers to quit. It was produced in an attempt to reduce smoking-related death. 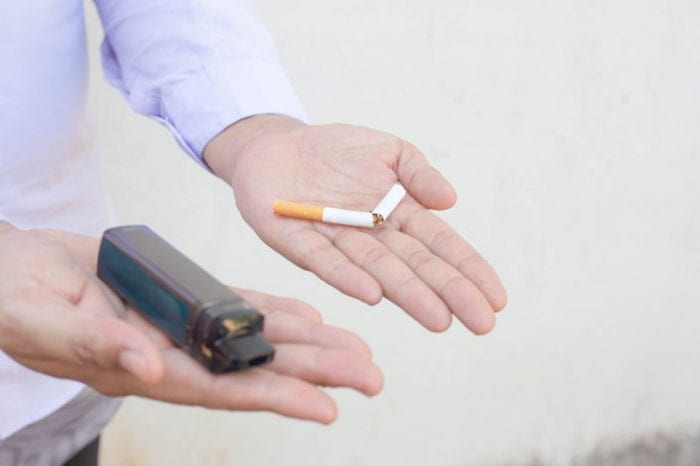 Made by Yorkshire Cancer Research, the new film is an attempt to debunk the many myths about vaping. It is a very interesting watch!

Why do people mistrust vaping?

When the first e cigarettes came to market, they were largely welcomed. Electronic cigarettes promised to help smokers to quit and that had to be a good thing, didn’t it?

Unfortunately, while vaping potentially represented salvation for smokers, it was clearly a threat to the tobacco industry. In addition, some governments were less than delighted about the prospect of losing the revenue generated by cigarette taxation. Throw in the EU’s propensity for scepticism and investigating everything to withing an inch of its life, and vaping found itself under the microscope – literally.

There are powerful people and organisations with much to gain from casting doubt on the safety of vaping. They have been seizing upon any opportunity to highlight potential dangers. In 2019, more than 450 vapers in the United States gave the naysayers the perfect ammunition by becoming ill with vaping-related lung disease (EVALI). Bad news always travels at warp speed. Fears about the safety of vaping have been spreading like wildfire ever since the EVALI cases were reported.

The truth about Evali

Most people in the UK have heard about the EVALI cases in America. Sadly, many of them are not aware that the vapers concerned fell ill because they were vaping cannabis cut with vitamin E acetate. It was unregulated black-market products which caused the cases of lung disease.

The new film by Yorkshire Cancer Research addresses the serious concerns surrounding vaping safety. The many experts who contributed to the production all believe that vaping is much safer than smoking. The film presents compelling arguments in favour of vaping that shouldn’t be ignored.

The plight of smokers is perfectly illustrated by the figures quoted in Vaping Demystified. Yorkshire has the highest smoking rate in the UK. It is estimated that there are 622,000 smokers in the county. Every year, some 4,500 new cases of smoking-related cancer are diagnosed in Yorkshire. Many of those diagnosed with cancer will die. Thus far, vaping-related cancers have been distinguished by their absence.

Yorkshire Cancer Research says it does not wish to claim that vaping is 100 per cent safe. However, the charity is anxious that people can separate fact from fake news.

It is vital that more smokers quit the habit, and the charity clearly believes that vaping could help them to succeed. The organisation has been pushing for more health authorities to offer vaping products as part of their smoking cessation services.

A film that must be seen

Vaping demystified is a 30-minute documentary which makes for a good watch, especially for anyone with an interest in switching to vaping. The film highlights the known facts and includes a rather graphic experiment which demonstrates the contrasting impacts of smoking and vaping on human lungs.

This is a documentary which everyone should see. At a time when the EU and many nations are considering banning vaping or introducing stricter regulations, it is important that the truth is heard.

If you look hard enough, you can find evidence to question the safety of just about anything. But you don’t have to be much of a detective to discover the horrendous impact of smoking on human health. Vaping could soon be banned in countries where smoking will remain legal. Where’s the sense in that?

Watch Vaping demystified and then share it with all your contacts. This documentary is important but can only influence those who actually see it.