X
This site uses cookies to provide and improve your shopping experience. If you want to benefit from this improved service, please opt-in.
More Info
Accept Cookies
BlogRegulationsNic Warnings Are Pointless
Menu
Regulations

Users of vape products have noticed the leaflets stuffed into their products boxes since the European Union Tobacco Products Directive (TPD) was implemented in England in May 2017, but they pay no attention to them say a team of researchers. 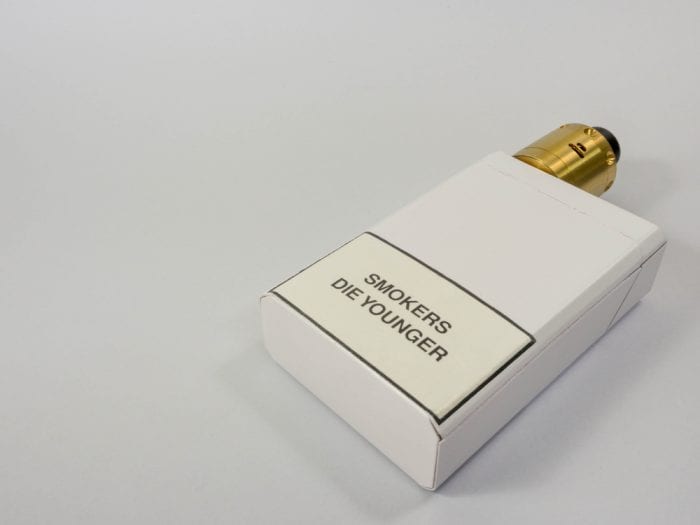 The TPD required manufacturers to include warning labels on packaging and the inclusion of a safety leaflet in boxes. It has become a source of mirth that a box containing a spare tank is emblazoned with the message: “This product contains nicotine which is a highly addictive substance”.

The only design protocol leaflets must adhere to is to include the relevant hazard symbols and a statement that the products are not recommended for young people or non-smokers. The aim of the leaflet is to discourage non-smokers from using the product they’ve just paid prior to seeing the warning.

Many have highlighted that the only deterrence taking place is to convince current smokers that vaping is as or more dangerous than smoking.

The research led by academics at King’s College London looked at how impactful the current warnings are and compared their findings to other countries. Such warnings were not mandatory in Australia, Canada, or the United States during the study period, but the team compared with products on sale that had adopted warnings on a voluntary basis.

There is an odd aspect to the study, the team looked at “changes in noticing NVP [nicotine vaping product] warnings and leaflets among adult smokers and NVP users before and after mandating of NVP packaging policies in England”. The casual observer might assume that no one notices a warning that isn’t there prior to it being put in the box.

“There may be several reasons,” they postulate. “First, the warning is only present on NVP and e-liquid packaging, so consumers may only notice them at initial purchase and when refilling e-liquids, which may limit exposure. Also, the warning message on NVPs may not be especially salient since most consumers already know nicotine is addictive and is in the NVP that they are using.”

They miss out an even more obvious conclusion: that vapers appreciate the European Union has overblown the dangers and addictiveness of nicotine out of all proportion. Each juice bottle could come with a honking goose holding a neon sign flashing the message “This will kill you instantly!” and it would carry the same amount of gravitas and believability.

A similar study from the Netherlands also found, “the new e-cigarette text warning and leaflet may not be effective tools to inform e-cigarette users about the addictiveness and toxicity of e-cigarettes” [link].

One solution the King’s team came up with is for the text to be larger and to include graphic images, akin to tobacco products, “although such warnings might not be warranted on NVP given their likely lower health risks compared with cigarettes”.

Rather than worry about people not noticing the amount of waste that comes from a simple juice order, maybe the team ought to focus on whether the leaflets are required in the first place?

Studies have demonstrated that nicotine carries a fraction of the addictiveness when separated from the toxins in tobacco smoke, and that the risk profile is at east 95% safer than smoking. Maybe warnings should be adjusted to promote the reduced risk vaping poses compared to smoking in order to encourage tobacco users to make the switch?