X
This site uses cookies to provide and improve your shopping experience. If you want to benefit from this improved service, please opt-in.
More Info
Accept Cookies
Vape BlogVape HardwareShould You Buy a Pod System if You Already Own a Mod?
Menu
Vape Hardware

Should You Buy a Pod System if You Already Own a Mod?

In the vaping marketplace today, it’s fair to say that pod systems receive a substantial portion of the attention. When pod systems with pre-filled pods hit the market, they were originally positioned as beginner-oriented products. Pod systems finally made it possible, the manufacturers said, for a small vaping device to provide just as much satisfaction as a tobacco cigarette. Today, pod systems are easily the most popular vaping devices for beginners. 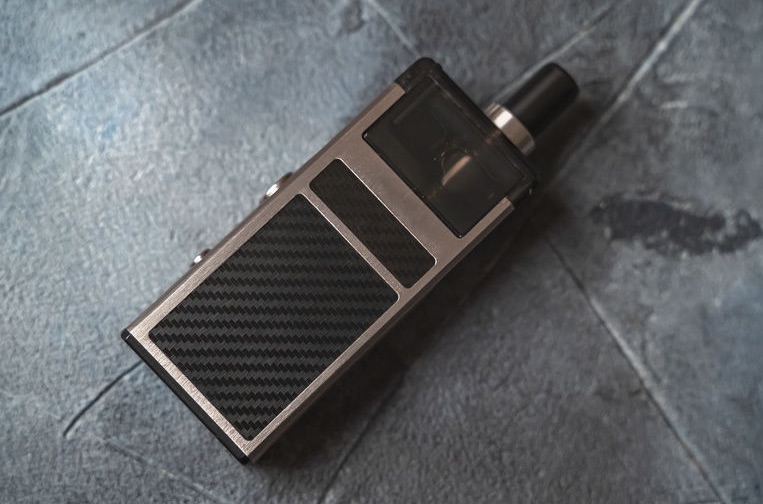 As pod systems became more popular, though, something unexpected happened. Vaping product manufacturers began to offer refillable pod systems, and experienced vapers began to trade in their larger mods for those devices. Existing owners of pod systems also began buying the refillable devices so they could enjoy larger flavour selections.

Today’s Pod Mods Are More Powerful Than Ever

Today, the pod vaping segment has essentially become its own subset of the market. Intermediate vapers – people who have been using pod systems for a while and are now beginning to crave bigger clouds and bolder flavours – are shopping for upgrades. They’re not looking for big vape pens or mods, though – they’re looking for more powerful pod systems.

When you scan the selection of products at a good vape shop these days, you’ll see just about as many pod systems as you do mods. That’s how popular pod systems have become – and the devices are more powerful and configurable than ever. Some of them rival full-sized mods in terms of what they can do.

So, are you a mod owner shopping for a new vaping device? If you are, you’ve got a decision on your hands. Pod systems are getting a lot of the attention these days, but there’s still no shortage of new mods competing for your attention. Should you buy a pod system if you already own a vape mod? These are some of the things that you should consider first.

Pod Systems Are the Most Fashionable Vaping Devices on the Market

If you’d like to own a vaping device that looks great, a pod system should definitely be high on your list because pod vaping devices are easily the most fashionable vaping products on the market. Since a pod system has an integrated plastic pod rather than a glass tank that sticks out of the top of the device, it’s possible to create a pod-based device with almost any shape. In addition, using a pod rather than a tank allows a pod system to be dramatically smaller than a mod. A pod system fits easily into any pocket, and pod systems look extremely sleek compared to the more utilitarian appearance of box mods.

When pod systems first appeared on the market, they were small devices designed for mouth-to-lung inhaling. That’s ideal for beginners, but if you use a larger mod, there’s a good chance that you prefer the direct-to-lung inhaling style. Pod systems have really evolved over the past year, and the latest pod-based vaping devices now have capabilities that rival full-sized mods. Buying a pod system no longer means that you need to switch to nicotine salt e-liquid to experience a real level of satisfaction, as many pod mods now work well for direct-to-lung inhaling.

These are just a few of the features that you can expect to enjoy if you buy one of today’s high-end pod mods.

As you can see, there isn’t much these days separating the best pod systems from high-end box mods. You can certainly expect similar flavour quality and performance. A pod mod may not give you the same battery life as a dual-battery box mod, but it’ll come close. Some pod systems even have rebuildable decks available, which means that your coil options are virtually unlimited.

Pod mods are not vape mods, though; they do have one very important difference. We’ll discuss that next.

As full featured as the latest pod-based vaping devices have become, there’s still one thing that – by definition – separates them from vape mods. A vape mod is a platform that you can customize in any way you like. It uses industry-standard threading that allows it to connect to any tank or rebuildable atomizer on the market. If the resistance of the connected atomizer coil is within the mod’s allowable range, the mod will work with that coil.

A pod system, on the other hand, is a proprietary device that works only with pods designed for that device. You can’t remove the pod from a pod system and connect a tank. If you could, you wouldn’t have a pod system – you’d have a mod. The limitation exists by design because it’s what allows pod systems to be as small and sleek as they are. It’s also what allows pod systems to have convenience features like intelligent coil recognition. It’s easy for a pod system to recognize the connected coil and suggest an appropriate wattage when the system only works with a few different coils.

The style and convenience of a pod vaping system does, however, come with a price. If the manufacturer ever decides to stop making pods and coils for that device, you’ll find yourself with a vaping system that you can’t use because the required parts aren’t available. When the replacement parts for your pod system eventually do become difficult to find, it’s likely that the device will be a couple of years old, and you’ll be thinking about replacing it anyway. Still, proprietary vaping devices have benefits and drawbacks, and it’s important to know the drawbacks before you buy one.