X
This site uses cookies to provide and improve your shopping experience. If you want to benefit from this improved service, please opt-in.
More Info
Accept Cookies
BlogE LiquidSynthetic Nicotine vs. Tobacco Extract – Is TFN the Future of E-Liquid?
Menu
E Liquid

Synthetic Nicotine vs. Tobacco Extract – Is TFN the Future of E-Liquid?

As you shop for e-liquid in 2021 and beyond, “synthetic nicotine” and “tobacco-free nicotine” or “TFN” are phrases that you’re likely to see a lot more often. Laboratories have been able to create nicotine without extracting it from tobacco leaves for a long time. Until recently, though, synthetic nicotine was far too expensive to have any real commercial value compared to nicotine derived from tobacco. 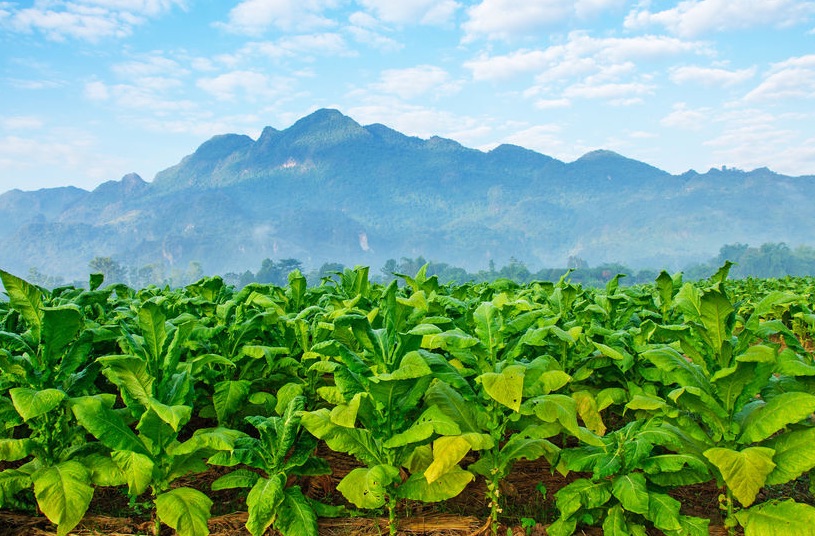 That began to change in 2020. When demand for synthetic nicotine started to increase in a major way, laboratories doubled down on their efforts to make it more affordable. Although tobacco-free nicotine still isn’t exactly cheap as nicotine products extracted from tobacco, it has at least reached the point of being commercially viable – and you’re about to see a lot more of it in vape shops.

So, what is synthetic nicotine, and is it really the future of vape as so many vape juice companies are almost certain to claim? Let’s explore it a bit more deeply.

What Is Tobacco-Free Nicotine?

Synthetic nicotine, as the name suggests, is synthesised in a laboratory by taking a molecule with a similar composition to nicotine and mixing it with a catalyst that changes its structure. This patent describes one method for synthesising nicotine. As you might imagine given the fact that synthetic nicotine is substantially more expensive than tobacco-derived nicotine, the process synthetic nicotine manufacturers employ is quite complex.

When e-liquid companies refer to their nicotine as “tobacco-free nicotine”, however, they aren’t necessarily talking about synthetic nicotine. Tobacco isn’t the only plant that contains nicotine, although it is by far the most plentiful source of the substance. Eggplant, for example, contains a very small amount of traditional nicotine. If you had enough eggplant, you could extract enough nicotine that it would have some commercial use for nicotine products with no synthetic nicotine production. It is also possible to extract nicotine-like compounds from eggplant and use those compounds as the basis for synthetic nicotine.

Laboratories are often very secretive about the processes they use to create tobacco-free nicotine. E-liquid companies that want to use synthetic nicotine in their products should therefore exercise great diligence in vetting potential suppliers.

Why Synthetic Nicotine Could Be the Future of E-Liquid?

Government regulation is the reason why synthetic nicotine has seen a great deal more demand among e-liquid companies this year. The Tobacco Products Directive regulates vaping products in the United Kingdom and Europe. In the United States, the Family Smoking Prevention and Tobacco Control Act regulates vaping products. In both cases, the key to government regulation of vaping is the fact that, since e-liquid generally contains tobacco nicotine, i.e. nicotine derived from tobacco, it is considered a tobacco product from a legal standpoint.

The e-liquid companies that are switching to synthetic nicotine are doing so with the idea that the government can’t regulate vape juice as a tobacco product if it contains no tobacco or tobacco derivatives.

If true, that fact would be especially useful in the United States. That’s because companies in the U.S. currently can’t release new tobacco products without first going through an extremely expensive premarket application process. Compiling the data to submit an application costs hundreds of thousands of dollars – a cost that’s completely out of reach for most companies.

It is possible, though, that the Food and Drug Administration can’t legally deem a tobacco-free e-liquid to be a tobacco product. An e-liquid company could, therefore, theoretically release a line of e-liquids with tobacco-free nicotine and skip the premarket application process.

At the time of writing, the theory that government agencies can’t regulate tobacco-free e-liquids as tobacco products is highly speculative and will almost certainly be challenged by regulatory agencies in court. Nevertheless, that’s why e-liquid with synthetic nicotine will start to become very common in 2021. This is the beginning of an entirely new saga for future vaping.

Some owners of e-liquid companies that have switched to synthetic nicotine have claimed that tobacco-free nicotine costs as much as 10 times more than tobacco-derived nicotine. That’s an incredibly large price difference, but it’s important to remember that nicotine is only one component of e-liquid – and these days, many e-liquids contain only 0.3 percent nicotine, making synthetic nicotine brands viable.

In addition, the retail price of a bottle of e-liquid is often significantly higher than the cost of manufacturing the product – so if the manufacturing cost happens to change a little, many e-liquid makers can absorb it without increasing the price that you pay at retail.

If you buy e-liquid made by a company that has an extremely low profit margin and depends on selling products in high volumes, it is possible that you would have to pay a bit more for that brand’s vape juice if the company switched to synthetic nicotine.

In most cases, though, your price will not change. Companies that have healthy profit margins will absorb the higher cost of the nicotine because they won’t want to raise their prices and risk losing their competitiveness with other brands.

In truth, though, it’s doubtful that synthetic nicotine is measurably safer than tobacco-derived nicotine. Aside from the addiction factor and the known safety issues for at-risk groups such as those who are pregnant or have high blood pressure, nicotine is a relatively benign chemical.

It is true that nicotine extracted from tobacco can conceivably contain tobacco-specific nitrosamines, which shouldn’t be present in synthetic nicotine. However, e-liquid companies already use pharmaceutical-grade nicotine, which is over 99.9 percent pure. While it’s possible that synthetic nicotine is even purer, it’s highly unlikely that researchers will ever be able to quantify a difference in safety levels between the two.

So, while some e-liquid brands may tout their synthetic nicotine brand as a purer option – either because it contains no contaminants or because it doesn’t have anything that can potentially alter an e-liquid’s flavour – you can mostly dismiss those claims as marketing speak. In practice, you’re not going to notice a difference between the two forms of nicotine.