X
This site uses cookies to provide and improve your shopping experience. If you want to benefit from this improved service, please opt-in.
More Info
Accept Cookies
BlogNewsTased For Using An Ecig
Menu
News

Tased For Using An Ecig

A man has been attacked with a taser for simply vaping with his electronic cigarette. One minute the worst thing the gentleman was doing was to use nicotine with a reduced harm product, the next he was on the floor as American police officers attacked him. Footage of the incident went viral, and many experts have expressed their shock and outrage. 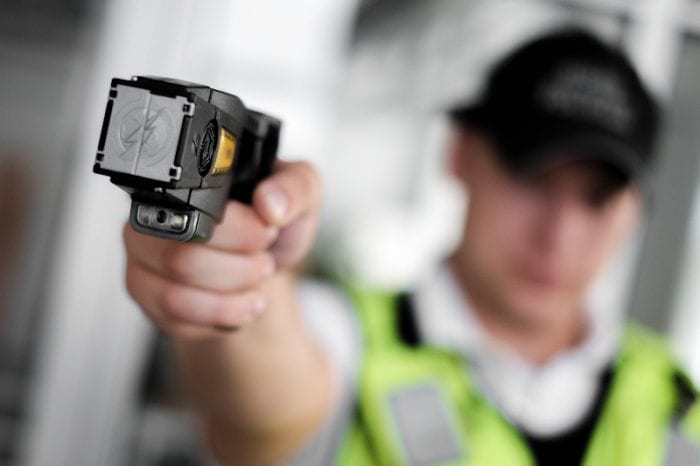 The contrast between attitudes towards electronic cigarette use between the United Kingdom and the United States couldn’t have been illustrated more starkly than when a vaper was attacked by police for no reason at all.

Maryland police operating in Ocean City approached a group of young people on an early sunny Saturday evening. The friends were vaping on the Boardwalk – but local regulations forbid the use of electronic cigarettes in public spaces.

The police claim they told the group to stop vaping and disperse but one man returned to the same spot and continued to use his device. They went on to say that he refused to provide identification, became disorderly, and went on to be arrested for second degree assault.

Unfortunately for the officers, the entire incident was recorded on a phone.

The video shows the man being very passive and standing with his hands raised.

Dr Rebecca Kavanagh, a criminal defence lawyer, commented: “Police in Ocean City Maryland tasered a 17-year-old teenager after they accused him of vaping yesterday. The teenager who had his hands up and was not in any way physically interacting with police (let alone physically resisting) when he was tasered, collapsed unconscious on the ground, was then hogtied, and placed in a police van.”

International Network of Nicotine Consumer Organisation’s Charles Gardner spoke about the ridiculous nature of banning vaping from public areas: “Harms from 2nd hand cigarette smoke are only measurable in huge longitudinal studies, and only in people who live with a smoker for decades. The CDC has tested 2nd hand vapor in vape shops. It’s well within OSHA safety limits so bans on outdoor vaping are based on (a) hysteria, (b) flawed ‘it just stands to reason’ arguments, and (c) the simple fact that ‘it looks like smoke’. These bans further stigmatise adult ex-smokers who have switched to nicotine vaping. Smoke lingers 40 minutes. Vapor evaporates in 20 seconds.”

Twitter user Melody Hudson called the action “intolerable”, and MomsThoughts commented: “I guess Ocean City has no actual crime if they have this many officers to send to a young guy who was ….. vaping.”

While we may have some issues with the current vape legislation, we have to recognise that we are fortunate to be the world leader in our approach to tobacco harm reduction.