X
This site uses cookies to provide and improve your shopping experience. If you want to benefit from this improved service, please opt-in.
More Info
Accept Cookies
BlogE LiquidThe 12 Things You Need To Know About E-liquid
Menu
E Liquid

The 12 Things You Need To Know About E-liquid

If you are a seasoned vaper or a smoker just at the stage of switching to reduce your harm exposure, we all use e-liquid in our devices. Odds are, unless you are active on social media and have discussed such matters, there will be things you don’t yet know about the ‘juice’. Here, we present the 12 things you need to know about e-liquid. 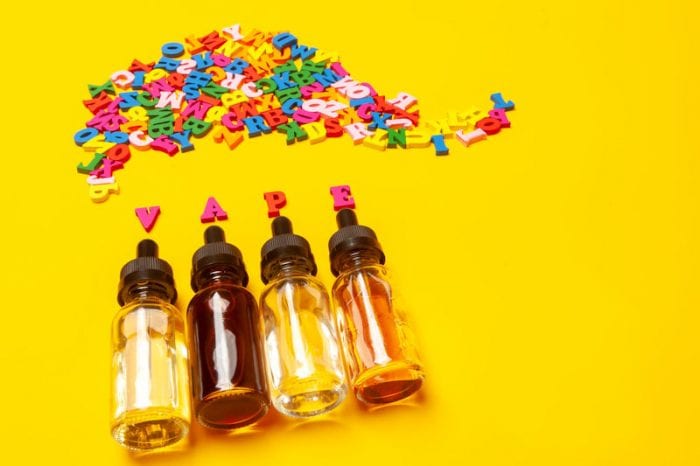 Essentially, e-liquid is a solution that is used to carry nicotine for use in vaping. Almost everyone uses an e-liquid that is flavoured to make is pleasant to vape. Two of the liquids in e-liquid produce a cloud when vaporised and this resembles the act of smoking when exhaled.

What makes up the parts of e-liquid?

There are four constituents to e-liquid, and the standards controlled by British legislation. They are pharmaceutical grade nicotine, water-based flavour additives, VG (vegetable glycerine) and PG (propylene glycol).

Propylene glycol is a clear water-soluble liquid. It is used to carry the flavour in e-liquid and can be found in some nicotine replacement products. It is used in many food items such as drinks, liquid sweeteners, ice cream and whipped dairy products. PG gives more throat hit.

Vegetable glycerine is a thicker liquid than PG and produces more vape cloud. It is produced from plant and is also water soluble. People who prefer bigger clouds or have a PG allergy prefer to use VG heavy e-liquids.

British legislation means e-liquid bottles have to provide an expiration date. After the expiry date it is likely that the nicotine level will have reduced considerably. The liquid will degrade faster if you do not keep the cap on, allowing oxygen to react with the juice, or if exposed to sunlight.

What is e-liquid steeping?

Some contend that the flavour of e-liquid is better is it is allowed to sit for a period of time. This allows a small amount of oxidation to take place, where oxygen reacts with the nicotine in the liquid.

Why does my e-liquid turn brown?

This is the same as steeping, the change is not dangerous and many say this makes the flavour better.

How much nicotine is in e-liquid?

Is e-liquid safer than tobacco?

Public Health England says that vaping is at least 95% safer than smoking.

Can you get popcorn lung from e-liquid?

No, according to Public Health England. There hasn’t been a single documented case of a vaper or smoker contracting popcorn lung.

Which ratio of e-liquid should I use?

Subohm tanks are built to use VG-heavy e-liquids (70/30 to 100% VG). Mouth-to-lung vapers tend to use a 50/50 liquid (half and half PG/VG) but sometimes use one with a bit more VG. The more VG in an e-liquid the thicker it is and slower to wick.

Can I add other things to my e-liquid?

It is possible, but you shouldn’t unless you know they are safe for inhalation. Some flavourings are oil-based, oil should never be inhaled into the lungs – it is very dangerous.