X
This site uses cookies to provide and improve your shopping experience. If you want to benefit from this improved service, please opt-in.
More Info
Accept Cookies
BlogResearchThe Benefits Of Vaping Outweighs The Harm
Menu
Research

The Benefits Of Vaping Outweighs The Harm

Cigarettes and other tobacco products kill more than 8 million people every year, cause long-term disease, and ends up costing £Billions healthcare around the world. Millions of people have swapped smoking for vaping, which has upset many public health “experts”. They speak at length about the unknown dangers of vaping, but two professors at Oxford University believe any harm caused by vaping is totally outweighed by the benefits of no longer smoking. 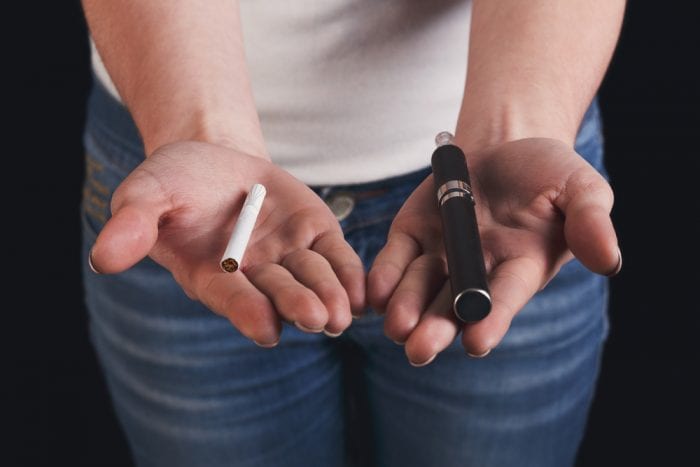 Rachna Begh and Paul Aveyard both work at the University of Oxford. Rachna is a Research Lecturer specialising in smoking cessation and Paul is a Professor of Behavioural Medicine, who also works as the senior editor of the journal Addiction and coordinating editor of the Cochrane Tobacco Addiction Group.

Their jobs give them a unique insight and keep them abreast of all of the latest work looking into the use of electronic cigarettes and tobacco harm reduction. Not only that, they witnessed first-hand how vaping took the United Kingdom by storm over the last decade – displacing traditional quit methods and counselling services.

“The uptake of e‐cigarettes eclipsed the uptake of known effective and safe options, even before big business moved into the e‐cigarette industry and advertised the products,” they said.

There was something different about vaping, not just the technology but the fact that it was consumer driven. Early adopters of vaping worked at making juices taste better and devices operate more efficiently – then they told their friends. Informal support mechanisms sprung up in the form of online forums where advice and information were shared.

While the risks of smoking were well-known, “in a world in which nearly everyone who vapes has smoked or currently smokes, and where people who vape have done so for less than 10 years, epidemiology will not be able to assess long‐term risks.”

With that as a given, Rachna and Paul believe it is perfectly possible to approximate the long-term risks of vaping and compare that to the outcomes from otherwise continuing to smoke.

“Smoking increases the risk of heart disease and stroke 2–4 times, respiratory disease 12–13 times, and lung cancer 25 times,” they state, but, “stopping smoking reduces the risk of developing serious illnesses and disease progression, even in those who have smoked for more than 40 years.”

One of the biggest issues facing vaping is that of researchers conducting experiments that show how toxic eliquid flavour are. Invariably they originate from American universities hunting for funding grants and deliver a lot of publicity when they are negative. Newspapers love running negative stories as they generate lots of readers and “Scientists say flavours could be poisonous” fits the bill.

Rachna and Paul explain the flaw many are making: “A common trope is to apply e‐liquid (the liquid used to fill an e‐cigarette) to a cell culture and incubate, find abnormalities, and then publish a paper and press release claiming that e‐cigarettes are toxic.”

Cells will die if you pour anything on top of them in sufficient concentration.

“E‐cigarettes help people stop smoking and while some vapers continue vaping long‐term, the harm they experience from this is likely to be substantially less than that from smoking,” they conclude.

There is a danger, they add, in being over-cautious and that leading to over‐regulation of harm‐reduction products like vaping. They believe that ecigs are “able to break the tenacious hold that smoking has on many people and substantially reduce avoidable morbidity and mortality.”

“CrossTalk proposal: The benefits of e‐cigarettes outweigh the harms” by Rachna Begh and Paul Aveyard – [link]