X
This site uses cookies to provide and improve your shopping experience. If you want to benefit from this improved service, please opt-in.
More Info
Accept Cookies
BlogRegulationsThe Politics of Vaping
Menu
Regulations

The Politics of Vaping

Most vapers go from day to day without a second thought for the laws governing how we do it, but behind the scenes there are continual conversations taking place between organisations and MPs.

The European Commission’s Tobacco Products Directive delivered a new world to British vapers. Out went easy access to concentrated nicotine base for those who liked to make their own e-liquids, atomiser tanks over 2ml capacity were banned, and bottle sizes were restricted to 10 millilitres. 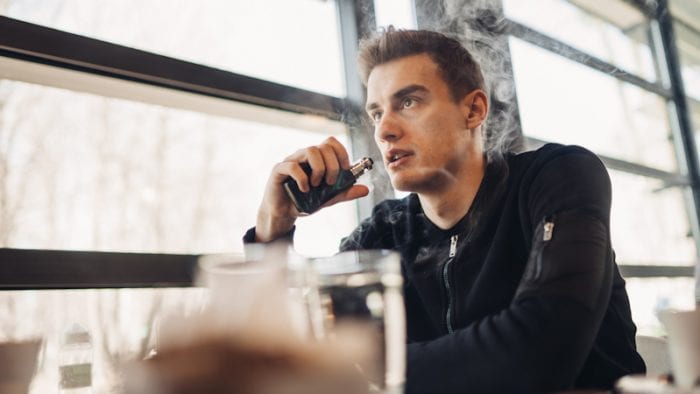 Despite initially pushing for but failing to get a ban on flavours and wanting all vapers to get a prescription from their doctor, choice of what bottles to buy also diminished as the European Parliament decided to place an arbitrary ban on the strength of nicotine vapers could use.

Packaging had to carry intimidating warnings, every bottle had to include a little booklet, and advertising had restrictions placed on what could be said and where it could be placed.

Two trade organisations sprung up as the industry shifted to a more professional footing to fight on behalf of juice makers, device manufacturers, and vendors. The UK Vaping Industry Association [link] and the Independent British Vape Trade Association [link] both run events for their members and lobby the government, promoting vaping to decision makers.

One group exists for vapers – the New Nicotine Alliance. The NNA engages with and informs a wide range of individuals and audiences, from business and health organisations through to regulatory bodies, about the benefits of vaping and to promote a better understanding of nicotine. It has presented evidence to government committees and argues on behalf of all consumers. You can become a supporter of their work for free [link]. The charity does not accept money from the tobacco or vaping industry and relies on the work of volunteers.

As we move from a position of having to abide by European regulations, who has responsibility for forming the new future for vaping in the United Kingdom?

Who makes the decisions?

Within government there are two All-Party Parliamentary Groups (APPG) that produce reports and give advice to government; the APPG for Vaping [link] and the APPG for Smoking & Health [link] have both influenced current legislation and will be at the focal point of future changes.

The APPGs seek to influence policies drawn up by the Department of Health & Social Care, the Department for Business, Energy and Industrial Strategy, the Ministry of Housing, Communities & Local Government, the Cabinet Office, and Number 10.

Who provides evidence to the government?

Currently, Public Health England (PHE) feed information and advice into the government [link], but the recent announcement that its responsibilities are being broken up has left it unclear what will happen in future. PHE has been exceptionally supportive of vaping in the past.

PHE has based its opinions in the past on information it has gathered from independent public health experts and researchers. They have taken advice from the Royal College of Physicians, Cancer Research UK, the Royal College of GPs, the UK Centre for Tobacco & Alcohol Studies, the UK Electronic Cigarette Research Forum, among many others.

Who else is trying to influence government?

Michael Bloomberg is a billionaire and has thrown millions of pounds at the World Health Organization to further his belief that all use of nicotine is wrong. He has also set up a number of groups around the world as part of his efforts to ban vaping. One group is based in England, the Tobacco Control Research Group at the University of Bath, and received $20 million from him to campaign for harsher controls here at home.

As well as the group in Bath, there are a handful of university academics who are morally opposed to smoking and have carried this opposition over to resisting the liberalisation of vaping in the United Kingdom.

So far, the government has not found their arguments or evidence convincing.

We have been a world leader in tobacco harm reduction and embracing vaping as a smoking quit method. High-quality independent evidence has led to the NHS promoting vaping and smoking cessation groups around the country recommending switching – a couple of hospitals in the West Midlands even have vape stores in them!

Arguments are now being made to ministers that Brexit offers up an excellent opportunity to reverse the worst aspects of Europe’s Tobacco Products Directive. Groups are saying that the limit to nicotine strength should be lifted and the warnings on packaging changed to encourage more smokers to make the switch. Arguments are being made that the size restrictions to atomisers and bottles should also be abolished due to the volume of plastic and paper land waste they produce.

It is impossible to say if you will be able to vape in more places in future or see more factual adverts about the benefits of switching to vaping on television at this moment in time, but we do know that change is underway. Fortunately, the government appears to still be very supportive so fingers are crossed we can continue to show the world what it could achieve by looking at the evidence and adopting common-sense legislation.