X
This site uses cookies to provide and improve your shopping experience. If you want to benefit from this improved service, please opt-in.
More Info
Accept Cookies
BlogNewsThe Problems with Research
Menu
News

The Problems with Research

There is a wealth of independent evidence that is very supportive of vaping but what does ‘independent’ mean and why can’t we attach equal weight to all of the research carried out?
In this article we explain some of the problems with published studies from putting rats into tiny test tubes to drowning cells in laboratory dishes. The snags in research work are plentiful and even papers that are supportive of vaping can be problematic for various reasons. 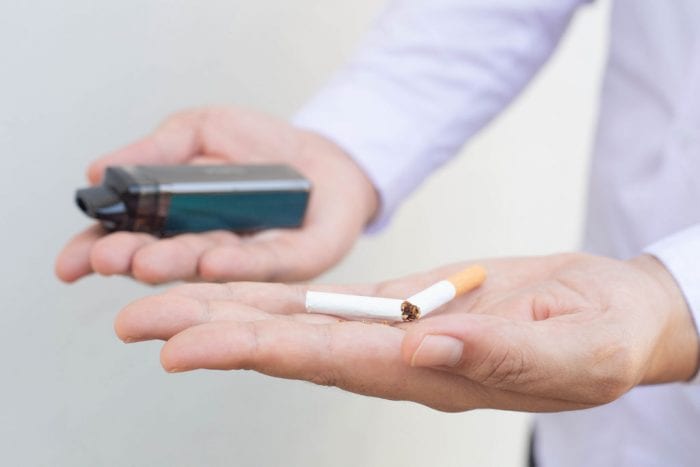 The first problem is that many pieces of research that make it into the newspapers is often not the finished article and this is especially true of work with negative findings. The process involves researchers sending their final papers off for approval. The feedback they receive can mean the paper requires more work to address errors with the results and conclusions or problems with the methodology. Also, even after publishing, experts can often highlight mistakes.

University funding is linked to its reputation and the media exposure it can generate. All too often we find that a university press office will have sent a release to newspaper editors before the publishing process has concluded. A negative story generates a lot of comments and shares, and therefore makes for great news in the newsroom.

In the worst-case scenario, seriously flawed papers can be “retracted”, the ultimate humiliation for a researcher. The publishing journal will either remove it entirely from its website or place a prominent notice stating that it has been retracted meaning that it should no longer be referenced in future work due to the egregious mistakes.

A recent example of this was a piece of work by Stanton Glantz in the Journal of the American Heart Association. He found that vaping was so bad it caused heart attacks in people up to ten years before they started vaping! [link]

Glantz’ retraction also highlights the problems in attempting to describe what is happening with humans without actually asking them. We have seen many problematic pieces of work from the United States that misuse data in order to provide a negative conclusion.

At some point in the past you may remember growing mould cultures on agar jelly in a school science lab. Some researchers, and it appears to be mainly those managing to find out how terrible vaping is, do something similar and then pour ridiculously high concentrations of liquids over the cells.

A case in point is that of “Electronic Cigarette Vapor with Nicotine Causes Airway Mucociliary Dysfunction Preferentially via TRPA1 Receptors” [link]. The team believe their findings cast doubt on vaping being better for people with COPD than continuing to smoke. If they had poured water over the cell cultures they would have noticed that water is very bad for people too as anything in enough quantity is toxic (as explained by Paracelsus in the 16th Century) [link].

The researchers above followed up the petri dish part of the experiment by blowing vape up the noses of sheep. The issue with this, beyond any argument over animal experimentation, is that sheep aren’t people and the method they used is not how people vape.

The error in extrapolating animal results to humans is flawed at this point, be it sheep or, a more subject, rats and mice. Known as murine studies, they tend to place the subjects under huge amount of stress inside glass tubes and have them breathe nothing but vapour for predetermined periods of time.

Invariably, studies such as “Protein thiol oxidation in the rat lung following e-cigarette exposure” [link] expose the subjects to a ridiculous excess of vape that is totally disproportionate to the size of the rodent’s lung compared to human lungs. This, when combined with the duress experienced by the animal [link], all but invalidates any finding.

UK researchers realised that they knew very little about vaping when studies began to be arranged many years ago. Most of them took the sensible to ask vapers for recommendations about what devices to use and how to use them. The same can’t be said for the rest of the world.

The aforementioned rat study replicated the errors all studies make when it appears they are looking for negative results. It has been pointed out to them many times, but they do not take the advice on board, and they starve wicks of eliquid. Through using too high a wattage or too thick a juice, they produce a situation that vapers call a “dry burn” – something that is unvapeable.

This approach is very popular with experimenters hunting for aldehyde production, even though Dr Konstantinos Farsalinos explained why it is wrong back in 2013 [link] and went on to publish “E‐cigarettes generate high levels of aldehydes only in ‘dry puff’ conditions” [link].

The number of human subjects

In “Effect of e-Cigarettes Plus Counseling vs Counseling Alone on Smoking Cessation: A Randomized Clinical Trial” [link], a number of people departed the study before its conclusion. The UK E-Cigarette Research Forum commented: “This smaller sample would have left the trial underpowered to test the original primary outcome.”

While small samples can give a good indication, it isn’t possible to extrapolate the results to population levels with confidence, but when they are conducted well they provide compelling results. For example, Peter Hajek’s study [link] proving that vaping is twice as effective as using nicotine replacement products was hailed as “world class” by Public Health England’s Martin Dockrell.

The final hurdle to get over is who is paying for the work and why are they paying for it. Our university researchers do a very good job at remaining independent from tobacco, pharmaceutical and vape industry influence. The results they produce can be trusted to a higher level than those from other many other locations. To describe the endemic issues regarding funding of research in the United States would take up an entire article on its own.

All of the approaches listed can be useful as a way of getting to the truth about vaping, but they can also lead to problems with the findings. The next time you see a story talking about vape-related research, ask yourself: