X
This site uses cookies to provide and improve your shopping experience. If you want to benefit from this improved service, please opt-in.
More Info
Accept Cookies
BlogNewsThe Shocking Difference Between the UK and USA
Menu
News, Regulations

The Shocking Difference Between the UK and USA

The shocking difference between the United Kingdom and United States of America’s approach to tobacco harm reduction has recently been illustrated by yet another American teenager being tasered for simply vaping. While the UK’s public health bodies have embraced vaping as a key method to combat smoking, the States appears to be repeating its alcohol prohibition errors. 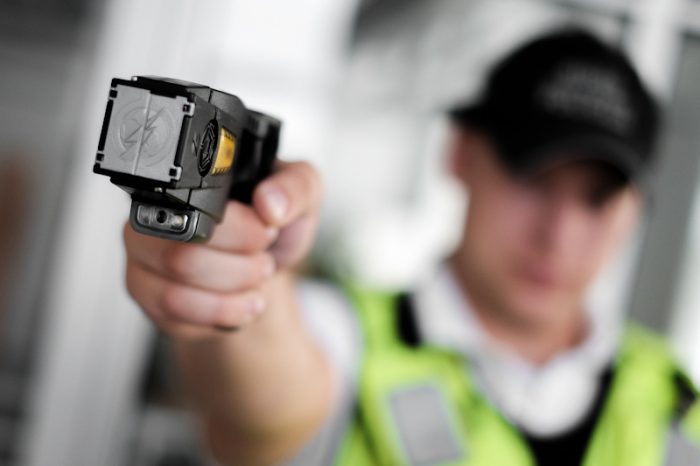 Last year, Maryland residents were astounded when the local news broke the story that viral videos were circulating, depicting a group of teenagers being tasered and having police officers kneeling on them.

Ocean City’s boardwalk has ‘no vaping’ signs up to signal the ban on the use of electronic cigarettes. One of the local politicians said at the time: “The video from this weekend in Ocean City is deeply disturbing. Vaping on the Boardwalk is not a criminal offense. Black and brown children should not be tased while their hands are up. Officers should not kneel on the back of a minor. Vaping should not yield a hogtie.”

An Atlanta police officer is shown using her taser on a 17-yr old child because he was vaping in a public park. The police department in Georgia says she noticed him vaping and told him he was not allowed to do it there. She claims he walked away and continued to vape although this isn’t clear from the video.

The police department said: “On March 24, 2022, at around 4:30 PM, an officer assigned to the Beltline observed a male vaping in a city park. The officer encountered the male, advised him of the law and advised him he could not vape there. The male walked away and continued to vape. The officer approached the male again and requested his identification, in an effort to issue the male a citation. The male refused to comply and physically resisted the officer’s efforts to detain him. The male continued resisting detention and the officer eventually utilised her taser to detain him. After being tased, the male was placed into handcuffs without further incident. We are aware of the incident and we are aware of the video circulating on social media showing a portion of the encounter. We will be reviewing the entire video related to this incident to determine all of the facts. At this time, that investigation continues.”

The 17-year-old was charged with disorderly conduct and held in jail overnight.

An eyewitness disputes the claim that he was resisting arrest: “He wasn’t. Like he seriously wasn’t.”

“He was only vaping,” said Brendon Aldridge. “She asked him for his ID. He was being calm, he wasn’t being like, ‘No, I’m not going to show you my ID.’ She tased him. It was crazy, because while he was on the ground, shaking, she was like, ‘Get down, get down,’ like he wasn’t already on the ground. It was even crazier, like six other police officers pulled up and they were all dapping each other up, saying, ‘What’s up?’, hugging. I’m like, what is this? That was just crazy. It made no sense.”

Some claim that the officer’s actions are symptomatic of a country that is in the grip of a moral panic when it comes to e-cig use. Vapers, especially late teen ones, have become stigmatised in the United States as possibly leading other young people astray – something British sociologist Stanley Cohen wrote about in his 1972 book Folk Devils and Moral Panics: The Creation of the Mods and Rockers.

Rather than embrace vaping as a tobacco harm reduction tool, America is in the grip of panic, anxiety, and a widespread fear of e-cigs. Dr Steve Davies, writing for the American Institute for Economic Research, talks about the anatomy of the kind of moral panic which has gripped some countries when it comes to electronic cigarettes.

“Really bad results often happen when moral panics affect the criminal-justice system,” he says – and in this case involve sending 50,000 volts through a child for simply using an ecig.

Whatever your thoughts on the current situation in the United Kingdom, we are doing something right when it comes to vaping.