The Truth About EVALI

The Chinese pharmacist Hon Lik began working on his idea for an electronic cigarette in 2001. Within two years he had adapted the ultrasound approach to include a piezoelectric atomiser. The resulting “cigalike” spawned copycat products which inspired consumers to improvise, adapt and develop newer, more rewarding vaping devices. Things in the U.K. really began to take off in 2009 and, by 2011, the vape business sector was beginning to flourish. Eight years of growth and success passed by without a major problem but then, in 2019, the EVALI lung outbreak threatened everything. 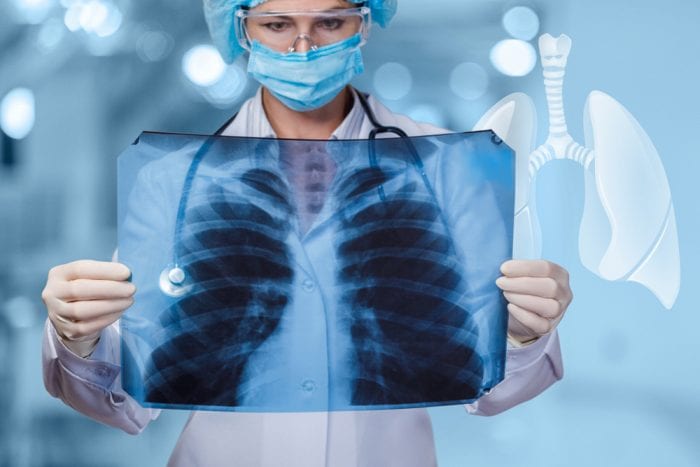 For a decade, the only problems facing the vaping industry were those of product misuse. Stories circulated of batteries exploding and the possibility of infants having access to base nicotine liquids. As serious as individual incidents were, the numbers were incredibly small and simply mirrored any product involving the use of a lithium-ion cell or potential poisonous substances. In fact, compared to exploding mobile phones or accidents involving household cleaning products, the rates seen were insignificant.

This changed overnight following a couple of newspaper stories and some social media posts originating from the United States – EVALI had arrived.

To begin with, in April 2019, the lung condition didn’t have a name. Young people were presenting at surgeries and hospitals with a severe condition. People reported shortness of breath, cough, fatigue, body aches, fever, nausea, vomiting, and diarrhoea. Those who were admitted as patients were frequently placed into intensive care units.

By September there were 2,758 confirmed cases and 64 deaths.

With an unknown cause, clinicians began to look for common themes. In time, a number of the teens confessed to using electronic cigarettes and the American anti-vape activists jumped for joy – this was just the thing they’d secretly hoped would happen.

Computerised tomography (CT) scans were being performed and “ground glass opacities” were discovered on lungs. This term described the images where shades of grey appear, indicating lung damage, although many who lacked understanding claimed it demonstrated ecig vapour contained glass particles. The fear factories were going into overdrive.

Fingers were being pointed at Juul pods, flavours in eliquids, mystery additives being put into juice by tobacco companies. People have even tried to claim it is the type of metal being used in coils, but all of it failed to account for the fact that this was only happening in America.

If the issue was directly attributable to vaping then the problem would have been seen around the world. American anti-vaping puritans didn’t want to accept it, but something else was going on. They hid behind the reluctance of the Centres for Disease Control (CDC) to accept this glaringly obvious point as it insisted the matter was “vaping related” and advised everyone not to use ecigs.

One by one, some victims began to confess that when they said “vaping” they meant that they were using cannabis. Advocates on social media shared information that they believed it was an ingredient in one brand of sealed cannabis pod being used. At the same time, teens in fear of their parents, the police, or hoping to grab a slice of a court pay-out denied ever using such a product.

It was becoming clear that all of the cases were linked to black market, illegal tetrahydrocannabinol (THC) pods. THC is the primary psychoactive compound in cannabis that gives the users the sense of feeling “high”.

It wasn’t the THC; it was a substance called vitamin-E acetate. The oil-based chemical compound was added to the THC liquid as a thickening agent. Long term vapers who had been following the development of the science surrounding vaping immediately recognised why this means there were no other cases around the world – eliquids are water-based solutions. If vitamin-E acetate were to be added to eliquid it would promptly and obviously separate in the bottle.

By January this year, Doctors Poulas, Lagoumintzis and Farsalinos said: “While the exact cause for the condition is still under investigation, there is a strong association between EVALI and the use of THC-containing vaporiser liquids, and vitamin E acetate has been found in product samples tested by the FDA and state laboratories and in bronchioalveolar lavage fluids recovered from the lungs of patients tested by the CDC. While no specific compounds present in nicotine-containing e-cigarette products have been linked to the disease, the contributing cause or causes of illness for individuals reporting use of only nicotine-containing products warrants further study.”

They pointed to this study to prove their argument.

By the end of the month, with continued inaction and denial from the CDC, the British government issued clear advice on the subject and stated that of all of the reported adverse reactions to vaping in the UK, none were attributable to EVALI.

At the same time, expert Professor Michael Siegel was accusing the CDC of “concealing and suppressing information on youth marijuana vaping to over-hype harms of e-cigarettes”.

In pointing out that all eliquids in the UK have to conform to exacting standards, and that vitamin E acetate is a banned substance, Public Health England also confirmed that vaping remains at least 95% safer than smoking: “There has been no similar lung disease outbreak in England.”

You can be assured that Vapekit.co.uk strives to bring you only the very best of vaping products and that none of our eliquids contain vitamin E acetate (or any other banned substance).