The Truth About Popcorn Lung and Vaping

Smokers thinking about making the switch to vaping often come across a reference to so-called popcorn lung. Even if they haven’t, the chance is one of their friends or family have read a story about it. The truth of the matter is that experts say British vapers are not at risk of the lung disease.

What is Popcorn Lung? 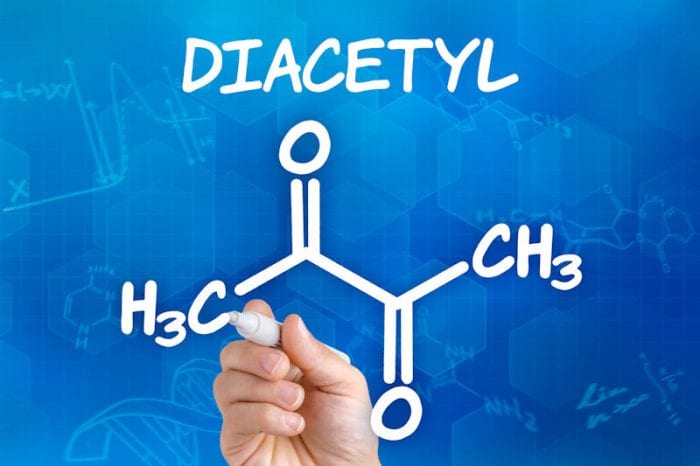 Popcorn lung is the common name for a disease known as name bronchiolitis obliterans or obliterative bronchiolitis. The smallest airways in the lung, the bronchioles, become scarred and inflamed which leads to them becoming blocked. This means the lung’s function deteriorates and it becomes more difficult to breath. The condition is irreversible, and the only cure is a lung transplant.

Bronchiolitis obliterans can be caused by some types of bacterial or viral infection, certain diseases, injury sustained during a lung or bone marrow transplant, or by breathing in certain chemicals.

What are the symptoms of Popcorn Lung?

Popcorn Lung starts off with symptoms similar to that of a cold but progresses to include coughing, short breath, wheezing and tiredness. Lung function continues to degenerate until the person suffers from respiratory failure.

Why is it called Popcorn Lung?

The Centers for Disease Control and Prevention in the United States discovered 8 employees at a popcorn factory suffering from the disease in 2002. Those who presented with the worst symptoms had been working closely with a chemical called diacetyl. Diacetyl is used to give food products a buttery, creamy flavour.

Where is diacetyl found?

Diacetyl is found in foods that require diary or brown flavours (e.g. toffee and butterscotch). It is found in cigarette smoke. In the early days of vaping it was used in some eliquids, especially custard flavours.

According to Public Health England’s Public Health Matters(1): “It’s a myth that smoking e-cigarettes puts users at risk of popcorn lung. Diacetyl is banned as an ingredient from e-cigarettes and e-liquids in the UK. It has been detected in some e-liquid flavourings in the past, but at levels hundreds of times lower than in cigarette smoke. Even at these levels, smoking is not a major risk factor for popcorn lung.”

Can vaping cause Popcorn Lung?

Yorkshire Cancer Research states: “There have … been stories that vaping products cause a disease called ‘popcorn lung’. This was caused by a chemical flavouring called diacetyl, which had been used in e-liquids. Again, diacetyl is banned in e-liquids in the UK under the Tobacco and Related Products Regulations 2016. Therefore, using a UK-regulated vaping product and e-liquids will not cause ‘popcorn lung’.”(2)

Dr Jamie Hartmann-Boyce, from the Cochrane Tobacco Addiction Group at the University of Oxford, has commented: “Though recently we’ve seen many stories about how electronic cigarettes and nicotine might worsen heart health, those studies focus on very short-term data, and many of them are not conducted in people. The Dundee study results are in line with statements from numerous public health and medical bodies who agree that vaping is considerably safer than smoking. Vaping is not risk free, and non-smokers should not start. However, people who smoke should consider switching.”(3)