X
This site uses cookies to provide and improve your shopping experience. If you want to benefit from this improved service, please opt-in.
More Info
Accept Cookies
BlogNewsVaping and The Royal Society for Public Health
Menu
News

Vaping and The Royal Society for Public Health

The Royal Society for Public Health (RSPH) says that using nicotine in safer products like vaping is no more dangerous than having a caffeine addiction. In making the comparison, it issued a call to address public confusion about nicotine and further encouragement for smokers to switch to using safer forms such as electronic cigarettes. 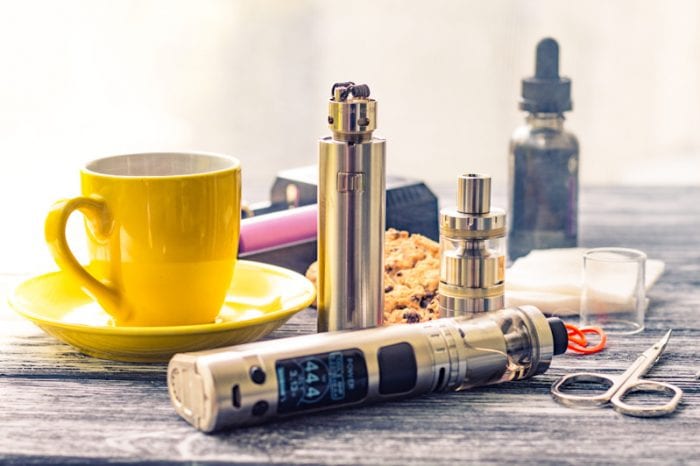 The RSPH (1) is the world’s oldest public health body, dating back to 1856, and has a membership made up from, “thousands of healthcare professionals, food safety specialists, environmental health experts, policy makers, academics, students and many other people from all walks of life”.

In calling out for nicotine to be explained better and confusion eradicated, the RSPH clarified: “Tobacco contains nicotine along with many other chemicals, but nicotine by itself is fairly harmless.”

According to the Society, the problem the country faces is highlighted by the fact that around 90% of the public currently believe that nicotine is harmful. It feels that this is a major barrier to smokers switching to reduced harm products like electronic cigarettes.

The RSPH also believes that more smoking cessation services need to get on board with supporting people wanting to switch to vaping. Currently, there are many services which still do not help smokers with e-cigs.

The society also wants a law that compels everywhere selling tobacco products to also offer ecig kits. We supply a wide range of starter kits and are happy to step in with advice.

Shirley Cramer CBE, Chief Executive of RSPH, said: “Over 100,000 people die from smoking-related disease every year in the UK.  While we have made good progress to reduce smoking rates, 1 in 5 of us still does. Most people smoke through habit and to get their nicotine hit. Clearly, we would rather people didn’t smoke, but in line with NICE guidance on reducing the harm from tobacco, using safer forms of nicotine such as NRT and e-cigarettes are effective in helping people quit.

“Getting people onto nicotine rather than using tobacco would make a big difference to the public’s health – clearly there are issues in terms of having smokers addicted to nicotine, but this would move us on from having a serious and costly public health issue from smoking related disease to instead address the issue of addiction to a substance which in and of itself is not too dissimilar to caffeine addiction.”

It’s great to hear yet another public health body telling the truth about vaping and nicotine use. Share this article with your family and friends to let them know.