X
This site uses cookies to provide and improve your shopping experience. If you want to benefit from this improved service, please opt-in.
More Info
Accept Cookies
BlogNewsVaping Bans in the United Kingdom
Menu
News, Regulations

Vaping Bans in the United Kingdom

During January, smokers were encouraged by the NHS and quit smoking services to swap their tobacco products for electronic cigarettes. Switching brings many benefits, but it also raises a lot of questions – one of the biggest being “Where can I use my e-cig and vape?” 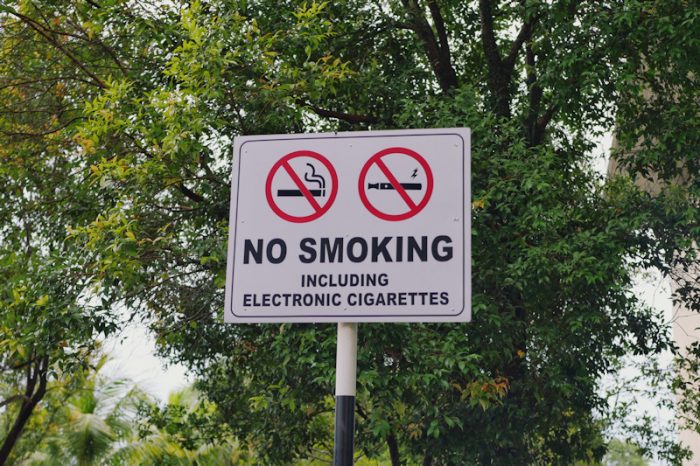 Long-term vapers can remember being able to vape on airplanes and on public transport. Vaping was possible at football matches, in most pubs, at nightclubs and during concerts. Gradually this changed as some businesses worried about secondhand vaping and others simply didn’t like their places being flooded out with clouds.

The charity that represents nicotine consumers, the New Nicotine Alliance says: “We do not support the statutory prohibition of e-cigarette use in public spaces, enclosed or outdoors. E-cigarettes do not emit smoke. There are no known or anticipated harms to bystanders from second-hand vapour. Therefore, there is no scientific basis on which to ban vaping in public places. Bans send the wrong message to the public, including smokers, vapers and potential vapers, that e-cigarettes are as harmful as smoking. This discourages smokers from trying e-cigarettes or from making a full switch to the substantially safer product and may also lead to vapers relapsing to smoking.”

Vaping on a plane is a big no-no. There are multiple examples of vapers setting off the alarm on planes resulting in arrests and them being placed on no-fly lists.

It was always prohibited to vape on train services, but more recently train operators extended this ban to cover station platforms and buildings as well. No use of electronic cigarettes is allowed on the underground network in London, Glasgow, on Merseyrail or the Tyne and Wear Metro.

Experts have said there is no second-hand danger posed by vapour to bystanders. The only reason vaping is prohibited on the rail and tube networks is because it looks like smoking. Myths like this have been addressed by the UK Health Security Agency.

Vaping is not possible on coaches or buses, but you are allowed to use an e-cig in a car when driving or as a passenger. It’s important to remember that the police can take action if they believe the cloud you produce is interfering with the car being driven safely. If the police your vaping poses a danger you could face a £100 fixed penalty fine and three points on your licence.

Vaping is not covered under the ban on smoking in the workplace but many employers have chosen to treat it in a similar fashion.

Public Health England published a document titled: “Use of e-cigarettes in public places and workplaces – Advice to inform evidence-based policy making”. If you would like to be able to use an e-cig at work you could encourage your employer to read PHE’s assessment and recommendations.

Some venues still allow vaping but the only way to know is to check with them before using your e-cig. Most sports stadia make vapers go outside with the smokers at half-time while a number of pubs and clubs recognise that vaping poses no risk to other customers. It is important to remember to use your vape kit respectfully in places where it is still allowed.