X
This site uses cookies to provide and improve your shopping experience. If you want to benefit from this improved service, please opt-in.
More Info
Accept Cookies
BlogNewsCloning and Counterfeiting in the Vaping Industry: Why You Need to Trust Your Vape Shop
Menu
News

Cloning and Counterfeiting in the Vaping Industry: Why You Need to Trust Your Vape Shop

When you buy vape gear, you want to buy intelligently. Part of that, of course, is making sure that you buy the right product for your needs and that you get that product at a fair price. The other part, though, is making sure that you actually get the product you think you’re getting. If you’re new to vaping, you may not realise that cloning and counterfeiting are rampant in the vaping industry. 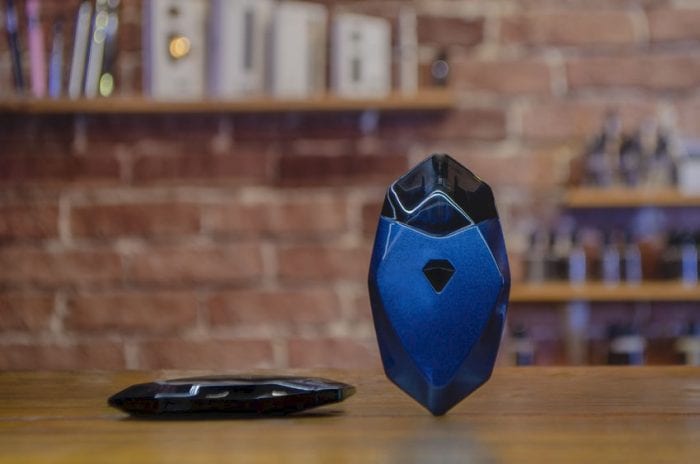 For a long time, in fact, many members of the vaping community accepted cloning as a semi-legitimate practice. Although product clones were certainly grey market items, they also gave consumers the ability to purchase functionally equivalent versions of very expensive products at more affordable prices.

Today, though, product cloning in the vaping industry has become something different. Today, you can find vaping products that aren’t clones but are rather outright fakes intended to deceive buyers. Sometimes, the sellers of fake vaping products aren’t even aware that they’re selling illegitimate items.

So, what are the potential dangers of buying fake vape gear, and how can you avoid buying counterfeit products? To answer the second part of that question, the main way to keep yourself safe as a consumer is by buying only from reliable and established vape shops that you trust. The first part, however, is a bit more complicated. Before we discuss that, let’s learn a bit more about how product cloning in the vaping industry began and how it came to be accepted by many as a semi-legitimate business model.

A Brief History of Cloning in the Vaping Industry

To understand why cloning became such a common practice in the vaping industry, you need to understand what was considered a high-end product when vaping first began. Mechanical mods were all the rage in those days because they offered dramatically more power and satisfaction than the small cigalikes that were available at the time. 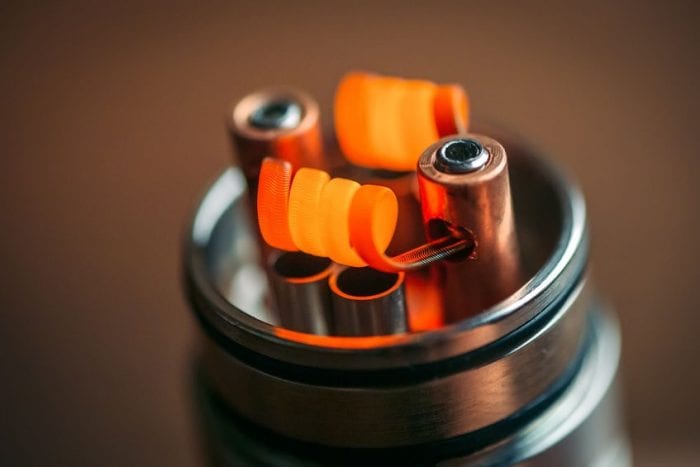 Rebuildable atomizers and mechanical mods were some of the most commonly cloned products in the early years of the vaping industry.

The first commercial mechanical mods were bona fide luxury devices. They were machined to perfection from top-quality materials such as copper, brass and stainless-steel alloys. Being precision devices made by small business owners who expected fair compensation for their efforts, these mechanical mods often cost hundreds of pounds each. They were often paired with precision-made rebuildable atomizers that were equally costly. Someone who wanted a really nice mechanical mod setup could easily spend £300 or more. While enthusiasts loved their high-end vaping equipment, prices like that were much higher than what most people could afford to spend on vape gear.

Product cloning has always been common in the Chinese manufacturing industry. The factories in Shenzhen can develop, prototype and mass-produce products at an extremely rapid pace, and they can sell those products at extremely affordable prices while remaining profitable. When it became evident that mechanical mods and rebuildable atomizers were great products to sell, Chinese factories immediately began producing functional copies of those products and selling them at a fifth of the price. That was the beginning of the end for small-scale mechanical mod production in the western world.

Today, “honest” product cloning no longer really exists in the vaping industry in the way it once did. Many of the manufacturers that got started in the industry by producing clones have since moved on to developing their own original vaping products or have switched to entirely different industries.

Other manufacturers, however, switched to “cloning” of a different kind.

Between the age of the mechanical mod and today, one thing changed fundamentally about the vaping industry: It became very, very big. The biggest brands in the industry have extremely large customer bases and are valued in the hundreds of millions of pounds. A dishonest company, in other words, can stand to make very large profits by piggybacking on the strength of the vaping industry’s biggest brands and selling fake versions of those companies’ products.

The e-cigarette mega-brand JUUL is, unsurprisingly, one of the biggest targets of manufacturers making fake vape gear. The JUUL brand is much bigger in the United States than it is here, making fake JUUL pods a bit less of a concern for British vapers than it is for US vapers. However, it’s still a concern; at least 15 factories producing fake JUUL pods were raided by police in 2019 alone.

As potentially profitable as it might be to manufacture fake JUUL pods, it’s also illegal, and manufacturers are being actively pursued by law enforcement. With that in mind, many Chinese factories have turned their attention to Puff Bar and other disposable e-cigarette brands. Puff Bar isn’t a true e-cigarette brand, though, in the sense that it doesn’t come from a single official factory. No one is entirely certain who owns the Puff Barr trademarks and intellectual property. Like JUUL, however, disposable e-cigarettes aren’t as popular here as they are in the US. Nevertheless, this situation is one that you should be aware of if you’re a user of disposable vapes.

The main thing that British vapers should be concerned about is the possibility of buying fake coils for sub-ohm tanks. For a factory with the ability to make vape coils, it’s a trivial matter to make coils that are thread-compatible with a wide variety of different tanks. It’s an equally trivial matter to copy a popular brand’s packaging, since virtually all legitimate vape packaging is also made in China.

Fake vape coils do exist; that’s why most of the major coil manufacturers employ anti-counterfeiting measures. However, those measures aren’t entirely unbeatable. Some manufacturers of knockoff coils will even put fake anti-counterfeit codes on the boxes, knowing that most people never bother to check authenticity codes.

Why Are Fake and Counterfeit Vaping Products Potentially Dangerous?

At this point, you might be asking yourself why it matters whether the vaping products that you buy are counterfeit or authentic. The reason why counterfeit vaping products are so potentially dangerous is because, when a company has no regard for legal regulations, you really have no idea what they are putting in their products. We saw the result of that in 2019 when thousands of people in the United States were sickened by EVALI, a debilitating lung illness resulting from the use of Vitamin E acetate to dilute black market cannabis vape cartridges.

While there’s no real incentive to add random chemicals to nicotine e-liquids because the ingredients needed to produce e-liquid are so inexpensive, you should nevertheless remain vigilant when buying vape juice.

Although it’s always important to make sure that you’re buying authentic vape juice, the more immediate safety concern is the possibility of counterfeit coils. While the ingredients needed to make e-liquid are inexpensive, the materials needed to make vape coils definitely aren’t. The costs of stainless-steel enclosures, organic cotton, silicone o-rings and gold-plated pins add up. That’s why vape coils aren’t cheap, and that’s why factories have a financial incentive to produce fake coils. It’s safe to assume that fake coils don’t go through the same rigorous testing as authentic coils, though, and a coil with a manufacturing fault can potentially have a serious safety issue such as a short circuit.

The proliferation of fake batteries is also a safety issue that merits special concern, and counterfeit batteries aren’t unique to the vaping industry. Lithium-ion batteries such as the popular 18650 cell often have no anti-counterfeiting measures at all, and the only thing outwardly separating one battery brand from the next is the printed heat-shrink tubing on the outside of the cell. Anyone can print a logo in a plastic tube, and that makes the production and sale of fake batteries something that’s surprisingly easy to do.

You do not want your next vaping battery to come out of this pile.

Where do fake batteries come from? Mostly, they come from older notebook computers. People buy the computers, break open the battery packs and test the cells inside. If the cells hold a charge, they’re wrapped in heat-shrink tubing and sold as if they were new batteries. If someone who uses a low-drain device such as a flashlight buys a fake battery, it may not be a safety issue. Old laptop cells, however, definitely aren’t appropriate for vaping and can potentially be very dangerous because those batteries aren’t designed for high-drain applications. You should never buy a battery from an unknown seller.

To Vape Safely, Always Buy From a Vape Shop You Trust

As this article has hopefully illustrated, it is absolutely crucial that you always buy vape gear from a store you trust. A reliable vape shop always buys its products directly from the original manufacturers and from authorised distributors. Counterfeit vaping products are much more common than many people realise. The same is true of fake batteries – and many of the businesses selling those goods don’t even realise that they’re selling counterfeit products; they’re simply buying grey-market goods from middlemen who operate outside traditional distribution networks. For your enjoyment and for your safety, you should always buy vape gear from a reliable and carefully vetted vape shop.