X
This site uses cookies to provide and improve your shopping experience. If you want to benefit from this improved service, please opt-in.
More Info
Accept Cookies
BlogVape HardwareVaping In The UK – Part 2
Menu
Vape Hardware

The early vaping scene mixed users of basic Chinese products with those moving over to low volume hand crafted atomisers. People began experimenting with different wicks, the microcoil became a thing, and then metals other than Kanthal became popular. Methods of vaping expanded from “mouth to lung” to include “direct to lung” 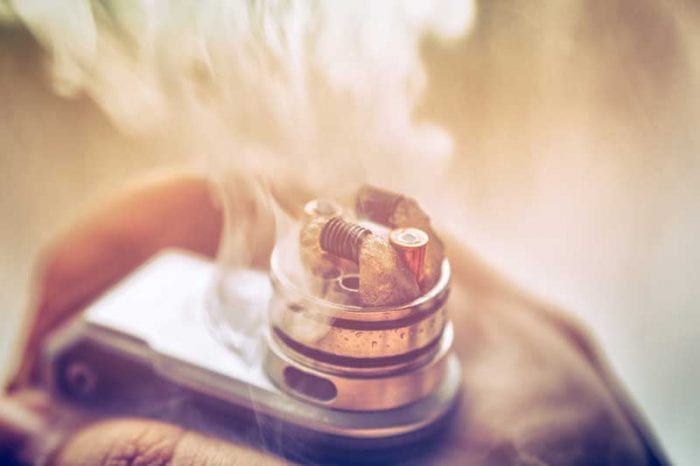 The most popular device in 2012 was the CE2 atomiser, a simple 2ml tank that accepted replaceable heads using a silica wick. Adventurous vapers had already worked out that they could strip the tiny unit apart and put in their own coils rather than purchasing replacements.

Advanced users were moving onto one of two types of metal tanks that either used silica as a wick or the steel rod/mesh wicks – the latter being referred to as Genesis atomisers.

People held concerns that silica might not be the safest or most efficient way of getting eliquid to the coil, especially when you could see all the particles of silica flying off into the air when a length was cut. A substance called Ekowool was offered up as an alternative before cotton became the go-to substance for most vapers. Other substances used included rayon and even something called cheesecloth.

While some used Ego batteries to power their CE3s and 4s, other used variable voltage devices like the Vamo. Mouth to lung was still the primary way people vaped, and the bulk of vapers used a mechanical mod.

The next couple of years saw people experimenting with subohming – making a coil that had a resistance of less than 1 ohm. This prompted folks to examine batteries to identify the ones able to handle the increased current draw. Others became transfixed by the voltage drop caused by different metals and mod structure which resulted in manufacturers experimenting with removing the 510 adjustable pin to make hybrid devices. The entailed the atomiser touching the battery directly through the hole in the 510 connection.

Vaping in the UK exploded in 2013. With approximately 1.3 million vapers across the country and online forums expanding their memberships exponentially, this year’s VapeFest witnessed unprecedented queues to get in.

It was unconfirmed if they had all come in order to try to snag the ground-breaking Kayfun Lite atty [link].

Number of Vapers in the UK

2013/5 marked the peak for the independent British vape manufacturing sector. So many names from that time are no longer with us as China upped its manufacturing game. The Kanger Subtank showed what could happen when ease of use was fused with the delivery of a quality vape and large corporations had seen the future lay in alternative nicotine products like mods and eliquids.

The growth of social media also changed the dynamic of online discussion as vapers moved away from most forums to become members of small groups who shared their similar vaping interests. One, Planet of the Vapes [link], survived the contraction and continues to dominate in Europe while ECF [link] stands tall in America.

Throughout the rapid and at times turbulent growth of the UK vaping market, the UK has led the world as an example in how vaping can be used to save lives. From a time where no research was being carried out, we now have a wealth of independent British evidence supporting vaping as a quit tool.

While other countries are placing further restrictions on devices and eliquids, to outright bans in some places, our government stands on the verge of relaxing some regulations to promote even greater switching away from cigarettes.

Whether you DTL or MTL, no matter if you use and expensive device or a cheap kit from China, you can be very proud to be a British vaper.