X
This site uses cookies to provide and improve your shopping experience. If you want to benefit from this improved service, please opt-in.
More Info
Accept Cookies
BlogQuitting SmokingWhat Happens When You Quit Smoking and Start Vaping?
Menu
Quitting Smoking

What Happens When You Quit Smoking and Start Vaping?

What happens when you quit smoking and start vaping? If you’re a long-term smoker, it’s probably not lost on you that vaping represents a real opportunity to change your life. There’s a good chance that you’ve tried quitting with traditional nicotine replacement products and weren’t successful. Before vaping arrived, maybe you had even resigned yourself to the possibility that you might never be able to quit. Vaping has changed everything. It has led to drastic reductions in smoking rates around the world, and there’s a good chance that it can do the same for you. 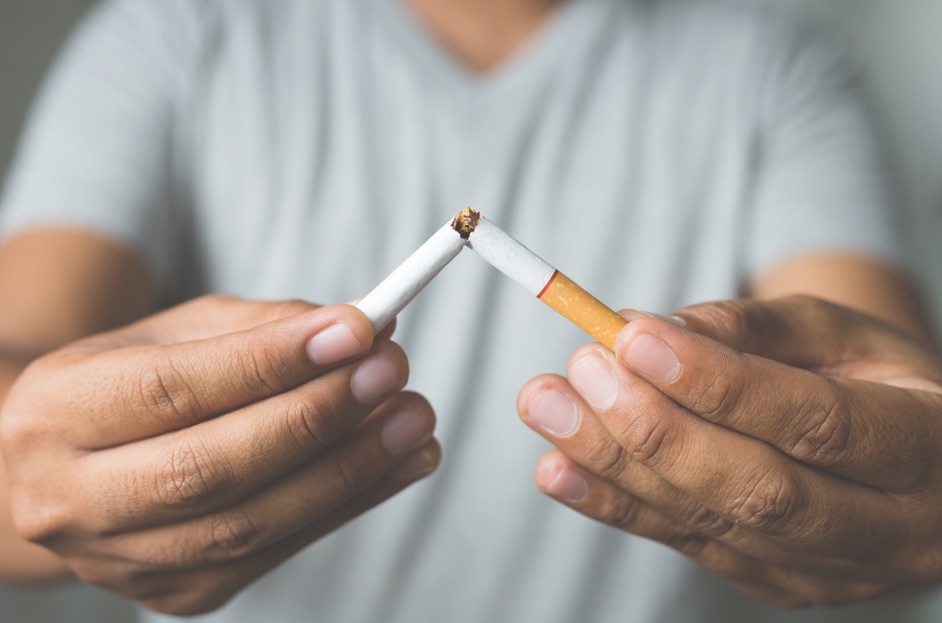 Vaping, however, isn’t smoking. In fact, aside from the fact that vaping replaces the nicotine from smoking – and you absorb the nicotine by inhaling it – vaping and smoking have almost nothing in common. With that in mind, it can be very helpful if you have an idea of what to expect before making the switch. So, what’s it like to quit smoking and start vaping? These are the five things that you’ll need to keep in mind.

One of the most important things to know before you quit smoking is that vaping doesn’t feel exactly the same as smoking from a physiological standpoint. You’ve probably seen the public-service announcements about the thousands of chemicals that have been detected in cigarette smoke, and those claims aren’t exaggerated. The tobacco plant has a complex chemical makeup anyway, and the chemical interactions only become more complex when you take combustion into consideration. Tobacco smoke reacts with the body in ways that researchers still don’t fully understand.

To cite just one example, tobacco use was around for hundreds of years before researchers discovered in the mid 2000s that tobacco smoke is a potent MAO inhibitor. Plain nicotine, however, doesn’t react with the body in the same way. In effect, tobacco smoke alters your body’s reward mechanisms, thus reinforcing the addictiveness of the nicotine. Vaping, on the other hand, just replaces the nicotine. That’s the most addictive component of tobacco smoke, but the overall effect is slightly different.

Given the differences in chemical makeup between tobacco smoke and e-cigarette vapour, you should expect to feel a bit different at first when you quit smoking and switch to vaping. If you give it a few days, though, you’ll start to feel normal very quickly. Switching to vaping is easiest if you commit to stopping smoking immediately when you receive your first vaping device. The novelty of exploring a new gadget and tasting the different flavours will help you get through the first few awkward days. If you wait until later to quit fully, you’ll find it more difficult because the novelty of vaping will have faded.

You May Cough More When You Quit Smoking 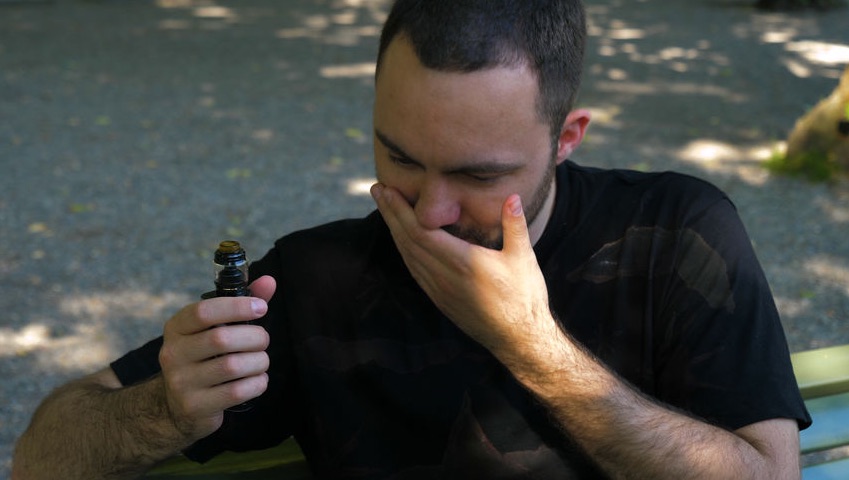 If you’re a long-term smoker, you can expect to cough a bit more frequently in the short term when you first quit smoking and switch to vaping. That’s because smoking slows down the lungs’ natural self-cleaning mechanisms, thus helping tar and other residue to accumulate. When you quit smoking, your lungs will get to work immediately to remove the residue as quickly as possible. That’ll cause coughing – probably with extra phlegm. According to Mayo Clinic, the increased coughing may last for several weeks. Mayo Clinic advises not to suppress the coughing unless it prevents you from sleeping. Speak to your doctor or call NHS on 111 for advice if you cough up blood or the increased coughing lasts for longer than a month. You should also talk to your doctor if you see any other concerning symptoms when you quit smoking.

Do you remember when you tried smoking for the first time? You probably hated the taste, but you stuck with it because you liked the nicotine rush. Eventually, you grew accustomed to the taste of cigarette smoke and decided that you liked it. It also helped that the smoke dulled your sense of taste over time. When you quit smoking and switch to vaping, though, your sense of taste will return very quickly. We mention this because, although you might think that you like the flavour of tobacco, you really don’t – you’ve just conditioned yourself to think that you do.

Why does all of this matter? It matters because tobacco e-liquid doesn’t taste like cigarette smoke. In the long run, though, that isn’t really important because – as we just explained – you’re probably going to develop a strong dislike for the flavour of tobacco as soon as your sense of taste returns. In fact, most vapers prefer e-liquid flavours other than tobacco.

With those things being said, it’s still worthwhile to try at least one tobacco e-liquid when you switch to vaping because there are many vapers who do prefer tobacco vape juice. Although tobacco e-liquid doesn’t taste like cigarette smoke, there is probably more variety in tobacco e-liquid than there is in any other flavour category. Learn about our picks for the 27 best tobacco e-liquids on the market.

The best way to guarantee that you’ll enjoy your first vaping experience is by trying several different e-liquid flavours when you buy your first vape kit.

When you first switch to vaping, it’s important to choose a device designed for beginning vapers because you need a product designed for the same mouth-to-lung inhaling style that you use as a smoker. Advanced vape mods are designed for direct-to-lung inhaling. You may decide to switch to the direct-to-lung inhaling style when you gain experience, but that’s not what you want when you’re new to vaping. You want a device that’s optimised for high-nicotine e-liquid and can deliver a strong and satisfying throat hit. The throat hit is what makes vaping feel like smoking, making the switch as easy as it can be.

These are the three best types of vaping devices for beginners.

In the United Kingdom and Europe, the Tobacco Products Directive sets the top permissible nicotine concentration of any vape juice to 20 mg/ml. With the type of small vaping device that you’ll use as a beginner, you won’t get as much nicotine per puff when vaping as you’d get when smoking a cigarette even if you use the highest available nicotine strength. No matter what, you’ll need to adjust to a lower overall nicotine intake when you switch from smoking to vaping. With that in mind, we suggest that you make it as easy on yourself as possible by buying high-strength e-liquid when you quit smoking and switch to vaping. If you’re a less frequent smoker and feel like you’re getting too much nicotine when you vape, you can always use a lower nicotine strength. For most new vapers, though, higher-nicotine e-liquid is the right choice.