X
This site uses cookies to provide and improve your shopping experience. If you want to benefit from this improved service, please opt-in.
More Info
Accept Cookies
BlogVape HardwareVaping 101: What Is Dripping?
Menu
Vape Hardware

The term “dripping” is something that you’ll see fairly often when you shop for vape gear online or read about vaping on hobbyist forums. Among long-term vapers who have advanced so far in the hobby that they prefer to build their own coils from scratch rather than buying pre-made coils, dripping is easily one of the most popular ways of vaping. 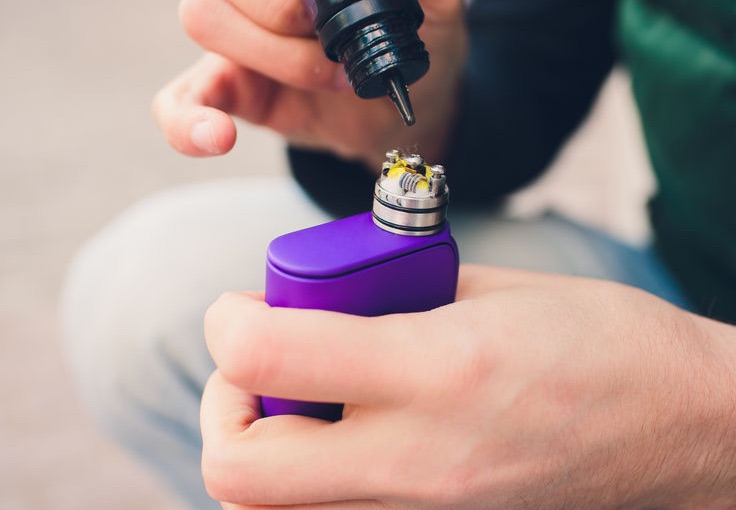 Although dripping might not sound so pretty on the surface, it’ll make perfect sense to you as soon as you read a bit more about it. In fact, dripping has been around almost as long as vaping has existed because, before we had the great vape tanks of today, dripping was one of the only ways to make an e-cigarette work reliably.

Today’s vape tanks work so well that dripping has become a bit more of a niche pursuit. It may still be perfect for you, however, so let’s learn more about what dripping is, how it works and what its benefits and drawbacks are.

What Is Dripping and How Does It Work?

To drip, you need to use an atomizer designed for the task. A rebuildable dripping atomizer (RDA) doesn’t have a tank that holds your vape juice in place. Instead, it has a well that holds just a few drops of e-liquid. Using an RDA means that you’ll build your own coils, and when you do that, you’ll build the coils with wicks that touch the atomizer’s drip well. The wicks carry e-liquid from the well to the atomizer coil, and after every few puffs, you’ll add more e-liquid to the RDA by sending it through the mouthpiece.

Dripping doesn’t work with standard vape tanks. If you send e-liquid down the mouthpiece of a tank, it’ll likely leak out through the tank’s intake vents.

Dripping might sound like a lot of work compared to vaping with a standard tank – and that’s because it is. Dripping has some major benefits, though, or else it wouldn’t be as popular as it is. We’ll discuss the benefits of dripping shortly.

The History of Dripping

Dripping began as a way to make early e-cigarettes work more reliably. The first e-cigarettes used semi-permanent atomizers and removable plastic cartridges that snapped over the atomizers to deliver e-liquid. The plastic cartridge would have a liquid-soaked sponge inside it, and the e-liquid would flow from the sponge to the atomizer coil – in theory, at least. In practice, early e-cigarette cartridges didn’t work very well, and the industry eventually solved that problem by inventing cartomizers, tanks and pods.

Until those inventions appeared, though, people needed a way to make their e-cigarettes work more reliably. They invented dripping. The first form of dripping involved placing a hollow tube over the e-cigarette’s atomizer and dripping e-liquid down the tube before using the e-cigarette. That technique evolved into the RDAs that we have today.

What Are the Benefits of Dripping?

Though dripping requires significantly more effort than vaping with a tank, the fact that an RDA doesn’t have an enclosed reservoir for e-liquid means that a much greater amount of air can flow through it. If you don’t like the fact that a vape tank can sometimes have restrictive airflow, that isn’t a problem you’ll ever experience with an RDA. The fact that RDAs can have such open airflow means that they can potentially produce much larger vapour clouds than tanks while delivering much richer flavour experiences.

An additional benefit of dripping is the fact that doing so requires an RDA, and using an RDA significantly reduces the daily cost of vaping. Building an RDA coil requires only wire and cotton, and those items are very inexpensive when you buy them in bulk. While pre-built coils for tanks can cost a few pounds each, building your own RDA coil requires only a few pence in supplies.

What Are the Drawbacks of Dripping?

While the potential performance benefit of using an RDA and dripping is a major selling point, RDAs also have a few drawbacks. The first drawback is that modern tanks – particularly the latest tanks using mesh coils – have narrowed the performance gap between sub-ohm tanks and RDAs. Although it is still possible for an RDA to produce bigger clouds than the best tanks, achieving that level of performance requires a fairly elaborate coil design. With a mesh coil tank, you can get 90 percent of the performance of an RDA with a fraction of the effort.

As great as the airflow and flavour can be when you use an RDA for dripping, there’s no getting around the fact that building an atomizer coil from scratch takes significantly longer than twisting a pre-built coil into a tank. Priming and installing a pre-built coil takes only a couple of minutes, but building a coil from scratch takes even expert coil builders 20 minutes or more. The first few times, building a coil and seeing it actually work can be enormously rewarding. For many people, though, the effort eventually becomes significantly less fun.

Dripping can also be quite messy if you aren’t careful. To achieve a high level of airflow, an RDA has enormous air vents. Since an RDA can only hold a few drops of e-liquid at a time, you’re likely to get e-liquid all over your hands – and your mod – if you add a bit too much e-liquid when dripping. Further adding to the inconvenience is the fact that dripping requires you to carry a bottle of e-liquid everywhere you go – and since dripping requires two hands, you can’t do it while driving.

With all of the effort required to do it, why do so many vapers still prefer dripping even as modern vape tanks have continued to improve? For some vapers, any amount of effort is worthwhile if it’ll produce bigger and better clouds. For most RDA users, though, dripping isn’t about the gains in airflow and performance – it’s about the fun of trying new coil designs and striving for continual improvement in the vaping experience. If you love to build things and tinker with gadgets, you’ll probably enjoy dripping. If you’d prefer that your vaping experience remain as easy and convenient as possible, though, it’s likely that you’ll be happier if you continue using a tank.