X
This site uses cookies to provide and improve your shopping experience. If you want to benefit from this improved service, please opt-in.
More Info
Accept Cookies
BlogVaping AdviceWhat is Stealth Vaping and How Can You Do It?
Menu
Vaping Advice

What is Stealth Vaping and How Can You Do It?

One of the original reasons smokers gave for switching to vaping was that they could use an e-cig in a place where they couldn’t smoke. As times changed, more places banned vaping from their premises. Sometimes vapers want to use an electronic cigarette discretely, especially in one of the few remaining places to allow it to take place, so what is “stealthvaping” and how do you do it? 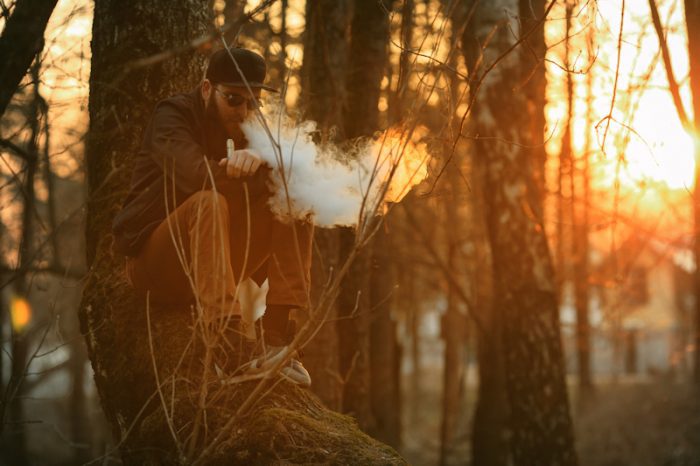 Vaping organisations and consumer groups have long implored electronic cigarette users to vape responsibly when out in public. Mostly, this is to avoid upsetting people who find the clouds produced by e-cigs to be objectionable.

Stealth vaping avoids judgement from other people and, if done of premises that allow vaping, maintains the goodwill of business owners.

Mouth-to-lung vaping produces much small clouds due to the decreased volume of vapour drawn into the mouth, then lungs, then exhaled.

The gaining popularity of direct-to-lung vaping came as “cloud competitions” and “cloud chasing” took off as a social phenomenon. Deep inhales, without holding the vapour in the mouth, released very noticeable exhales.

Vapers looking to use their devices discretely are increasingly looking to stealth vape.

Firstly, a small device is preferable as it can be concealed in the hand. Back in the day, an 18350-battery mechanical mod was ideal because it was barely bigger than the lithium-ion cell. This would be coupled with a genesis or cotton tank with a very tight airhole – designed for mouth-to-lung vaping (MTL).

Someone seeking to vape stealthily could still use the 18350/MTL tank set-up, but these are not commonly stocked by vape stores any longer. Instead, there is now a huge range of MTL pod systems and tiny disposable vapes.

In general, the smaller the device, the small the battery it contains and the less vapour it will produce. Many of these modern pod and disposable vapes are as diminutive as a key fob or highlighter pen. This makes them ideal for discrete stealth vaping.

The old 18350 devices were plain metal whereas modern pod and disposable vapes tend to come with bright LEDs that light up when a button is pressed, or you draw on the mouthpiece. If you are seeking to avoid standing out, it is worth remembering to hold the device in such a way as to hide the LED with your palm.

When vaping, firstly draw the vapour into your mouth, taking smaller puffs than usual. Then, when inhaling the vapour from your mouth into your lungs continue to breath in, taking in additional air. The next step is simple: hold your breath. When you exhale, you should find no noticeable vapour. Exhaling though your nose will work even better.

If you find this isn’t rewarding enough, you can increase the number of inhales you make before breathing out or increasing the nicotine strength of the e-liquid you use.

You are now ready to become a stealthy vaper.