What Is Sub-Ohm Vaping?

When you shop for vape kits, “sub-ohm” is a term that you’re going to see almost constantly. Sub-ohm vaping has been a common part of the everyday vernacular within the vaping community for so long, in fact, that most websites don’t even pause to define the term; they just assume that you already understand it. That can be problematic for newer vapers who might be interested in buying some upgraded vaping equipment but aren’t sure what they should buy or what different types of vaping devices and tanks will work well together.

So, what is sub-ohm vaping? Is sub-ohm vaping safe, and how can you tell whether the vape mods and tanks that you buy will actually work with one another? Let’s dig in. 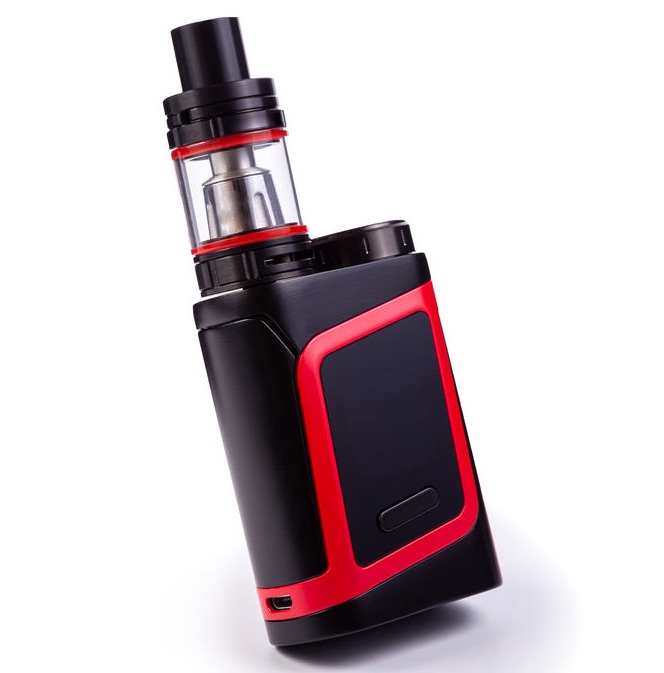 What Is Sub-Ohm Vaping?

In vaping, the resistance of the atomizer coil is what concerns us. At a given battery voltage, an atomizer coil with a lower resistance will operate at a higher wattage, thus producing more heat and vapour if everything else is equal.

An atomizer coil with a resistance of less than 1.0 ohm is a sub-ohm coil.

Are You Already Using a Sub-Ohm Vaping Device?

One of the reasons why many vaping websites don’t bother to explain what sub-ohm vaping means is because, if you purchased your vaping device and tank in a single package, you already know that they’re compatible with one another. Whether you’re using a sub-ohm device or not only becomes a concern if you want to try using your existing vaping device with a different tank – something we’ll discuss in a moment.

Almost every glass vape tank with a replaceable atomizer coil is a sub-ohm tank, and you can confirm that by reading the information etched into the side of your atomizer coil. If the etching says “0.23 Ohm,” for example, you’re using a sub-ohm coil.

There is nothing inherently unsafe about sub-ohm vaping. The only aspect of sub-ohm vaping that’s a potential safety concern is that the amperage generated by the configuration of your vaping device must remain below the maximum continuous discharge limit of the battery or batteries you’re using.

If you’re using a vaping device with a built-in battery, that work is already done for you. The device’s firmware has a hard-coded resistance floor and amperage limit. Using a tank outside the mod’s specifications will cause the mod to display an error message.

Regardless of whether you’re using a mod with a built-in battery or removable batteries, your mod will automatically alert you in the case of most problems such as a short circuit or an overheating device.

When people discuss the potential safety dangers of sub-ohm vaping, what they’re usually talking about is the potential danger of using a mechanical mod. Unlike most vaping devices – which have fully regulated power delivery – mechanical mods have no electronic components and don’t automatically monitor for safety issues like short circuits and overheating. Regardless of the connected atomizer coil’s resistance, a mechanical mod delivers the battery’s full available power when you press the fire button. Many mechanical mods can’t safely deliver the amperage that today’s high-end cloud chasing coils require.

How Can You Tell What Amperage an Atomizer Coil Requires?

Ohm’s law describes the relationship between the resistance, voltage and current of a circuit, and there are many Ohm’s law calculators online that you can use to find a circuit’s current in amps based on the circuit’s resistance and voltage or wattage.

If you’re not sure what amperage a given atomizer coil will draw from your vaping device’s battery, simply find one of those calculators. Enter the resistance of your atomizer coil along with the wattage at which you’ll be using the coil, and the calculator will tell you the current. If you’re using a mechanical mod, enter 4.2 volts instead of selecting a wattage. That’s the voltage of a fully charged vaping battery. If the amperage of the circuit is higher than the maximum continuous discharge rating of your battery, the resistance of the atomizer coil is too low.

Do you have a rebuildable atomizer? You can’t be completely certain that a coil is safe to use until you’ve tested its resistance. A resistance tester is a required safety tool if you build your own coils.

How Can You Tell If a Sub-Ohm Tank Will Work With Your Vape Pen or Mod?

As we mentioned above, the most important thing to know about compatibility between vaping devices and tanks is that, if you buy those two things together in a package, you don’t need to worry about compatibility because you’ll know that they work together. If you don’t want to think about sub-ohm vaping or battery safety at all, buying your tanks and mods together is always a good idea.

If you want to buy a new tank for your current mod or vape pen, though, you need to know that the tank will work with your device. You can confirm that by visiting the device manufacturer’s website or by reading the device’s instruction manual. When you do that, you’ll see the specification “minimum resistance.” In modern regulated mods, the minimum atomizer coil resistance is usually somewhere in the range of 0.10-0.15 ohm. If the tank that you want to buy has an atomizer coil resistance higher than the minimum resistance of your vaping device, the two components will work together.