X
This site uses cookies to provide and improve your shopping experience. If you want to benefit from this improved service, please opt-in.
More Info
Accept Cookies
BlogQuitting SmokingWhere Does The ‘95% Safer’ Figure Come From?
Menu
Quitting Smoking

Where Does The ‘95% Safer’ Figure Come From?

It is frequently cited on social media that vaping is 95% safer than smoking but where does this figure come from, and can we trust it? Many opposed to electronic cigarettes say the figure is fictional and comes from people who received money from the tobacco industry – Vapekit looks at the facts. 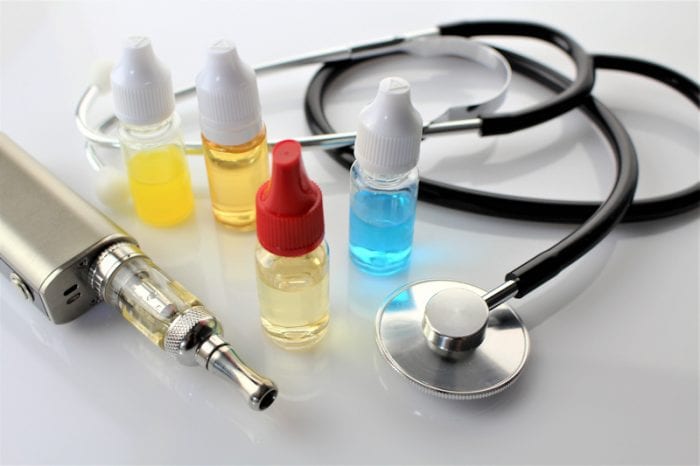 In 2010 vaping was beginning to get a foothold in the United Kingdom. By 2013, e-cigarette use was booming and had caught the public health and tobacco control communities on the hop. They knew little about vaping ecigs and posed the simple questions: “How dangerous is it and is it safer than smoking?”

Professor David Nutt and his colleagues looked at finding answers.

Nutt is a neuropsychopharmacologist working at Imperial College London, specialising in drugs that affect the brain and addiction, anxiety, and sleep. He set about researching independent, evidence-based information.

At the tail end of the year he collected experts from around the world to participate in a two-day workshop. The luminaries included Public Health England’s Martin Dockrell along with Karl Fagerstrom, Riccardo Polosa and David Sweanor. The experts were brought in for their “diversity of expertise and perspective”.

The result of this was a report titled Estimating the Harms of Nicotine-Containing Products Using the MCDA Approach, published in 2014.

It says: “Perhaps not surprisingly, given their massively greater use as compared with other products, cigarettes were ranked the most harmful, followed by small cigars as two thirds as harmful…Among the purer non-tobacco vehicle products ENDS were rated to have only 4% [of the relative harm of cigarettes]”

Opponents say that the figure was plucked from the air and never reassessed. Given the range of experts that came up with it, the allegation is ridiculously unfair.

As far as it not being revisited, in 2016, The Royal College of Physicians conducted a full review of all the available literature on electronic cigarettes. As well as stating there is not gateway into smoking, vaping is not renormalising smoking, and that ecig use could help smokers quit, it added: “the available data suggest that they are unlikely to exceed 5% of those associated with smoked tobacco products, and may well be substantially lower than this figure.”

In 2018, Public Health England conducted a another thorough review that factored in all of the research findings that had taken place over the intervening period, producing the Evidence review of e-cigarettes and heated tobacco products 2018.

The updated assessment of published data on emissions from cigarettes and e-cigarettes calculated the lifetime cancer risks. It concluded, “that the cancer potencies of e-cigarettes were largely under 0.5% of the risk of smoking.”

In America, the National Academies Of Sciences Engineering And Medicine conducted its own review in 2018 which agree with the harm reduction potential of vaping, although it stopped short of placing a number on it. Their report said:

So, not only does the original figure come from experts, it has undergone reviews and gained the support of politicians, charities, and other health bodies. You’ll find the figure on the NHS website and welcomed by the likes of the British Heart Foundation – and no evidence produced since 2013 contradicts it.