The world leading NHS trial offering e-cigarettes to A&E patients has been expanded to include Scotland. The move accentuates that, despite what is being said in other countries, vaping works as a quit tool and is “at least 95% safer” than smoking. 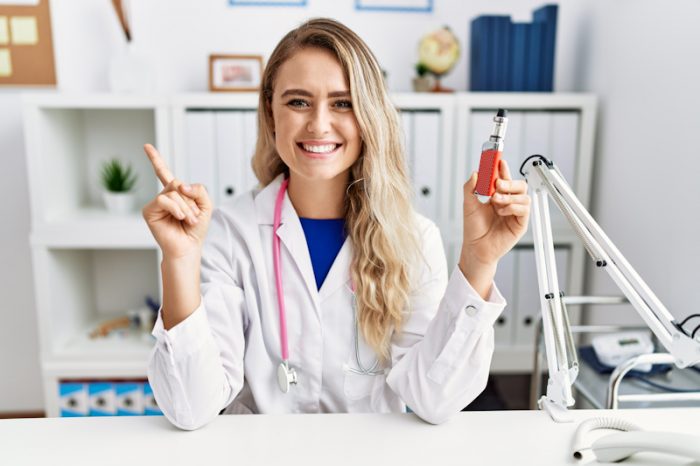 Initially, NHS Trusts in Leicester, London, and Norfolk were identified to take part in the study.

The Independent British Vape Trade Association said: “The importance of this announcement cannot be overstated. For the first time ever, one of the world’s most respected health institutions, the NHS, will be directly involved in delivering vaping to smokers as a means to quit.”

IBVTA Chief Executive Gillian Golden celebrated the news: “As an advocate of vaping for quitting smoking of many years, I am thrilled to see the launch of this trial. I have the privilege of representing a number of businesses, all completely independent of the tobacco industry, that have been instrumental in making the UK a world leader in the vape sector, specifically in driving down smoking rates through vaping. This trial, and the involvement of the NIHR and the NHS, is a huge affirmation that our members’ tireless work over many years has been and is worthwhile.”

Former Health Minister Sir Norman Lamb welcomed the trial and hoped it would lead to making it easier for smokers to quit in future, adding: “I am particularly keen to ensure that vaping is made available to people with mental ill health given continuing high smoking rates.”

The UK Emergency Medicine Research Group (EMERGE) has announced that the trial is to be extended to include the Royal Infirmary Edinburgh, saying: “We are very excited to be launching the smoking Cessation CostedTrial. Only site in Scotland bringing this health promotion intervention to the Edinburgh Emergency Medicine. Let’s hope we can stop people smoking”

The CoSTED Trial, jointly led by Dr Ian Pope and Professor Caitlin Notley, hopes to find if the measures improve quitting rates. Patients will be asked if they smoke during triage and then offered an electronic cigarette starter kit and stop smoking service support.

Smoking rates in people arriving at A&E departments is around 60% higher than that found in the general population (25% versus 15%).

Nobody will be forced to take part in the study, they will be asked to volunteer to try to quit with support.

To date, no study has been conducted to see if supporting smokers arriving at A&E Departments works and they hope this provides “a highly motivating opportunistic route to intervention”.

The trial’s coordinators believe “the intervention has the potential to reduce smoking prevalence by at least 6% based on existing evidence”.

Public Health England’s Professor John Newton said smoking killed around 75,000 tobacco users in England during 2019, and “the evidence shows that vaping is one of the most effective quit aids available”.