Can I Add Flavour to e Liquid?

The fact that there are hundreds of different e-liquid flavours to buy is a major part of what makes vaping so enjoyable. It’s also a major part of what has enabled millions of people to make the switch to vaping and quit smoking successfully. The one problem with having such a wide selection of e-liquids, though, is that you may occasionally buy a flavour that doesn’t quite work for you.

So, has that ever happened to you? It’s never much fun to load up a tank with a new e-liquid – especially if you’ve gone through the effort of priming and installing a brand-new coil – only to find that you don’t like the flavour of that e-liquidat all. If you encounter an e-liquid that doesn’t set your palate on fire, don’t throw it away! Vape juice is expensive, and it’s a shame to waste it. In this article, we’ll provide some simple tips that can help you transform a clunker into an e-liquid that you like – or at least help you avoid wasting something that you paid good money for. Let’s begin.

Menthol Can Cover Flavour Notes That You Don’t Like

Have you ever thought about what makes menthol cigarettes more addictive than regular ones? It’s probable that the menthol helps new smokers ignore the fact that the low-quality reconstituted tobacco used for cigarettes actually tastes pretty terrible. It covers the harshness of the smoke and helps people focus on the rush of the nicotine. That’s why governments around the world are moving to ban menthol cigarettes – because the menthol helps people get hooked on nicotine. Despite the bans on menthol cigarettes, menthol remains perfectly legal as an e-liquid ingredient – and that’s a good thing because menthol is an all-purpose additive that can make just about any vape juice taste better. It’s a great idea to have a bottle of extra-strong menthol vape juice on hand that you can use for doctoring up juices that you don’t quite enjoy. If you have a bottle of e-liquid that you don’t like, try adding a few drops of the strong menthol vape juice. You may find that it greatly improves the e-liquid’s flavour.

Some E-Liquids Work Great as Mixers 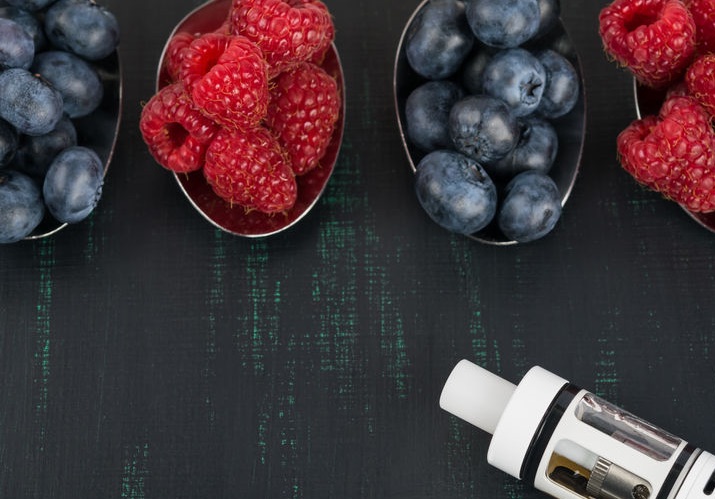 Another way to fix the flavour of an e-liquid that you don’t enjoy is by mixing it with another e-liquid. If you’re the type of person who experiments with new e-liquids frequently, there’s a good chance that you have quite a few bottles of vape juice that you haven’t quite gotten around to finishing yet. If you happen to buy an e-liquid that you don’t enjoy, look at the other flavours in your collection and see if one of them might be a good choice for blending with the offending vape juice. A dessert flavour might work well, for instance, with a coffee e-liquid. A custard flavour might work well with a tobacco e-liquid. Explore the possibilities and see if you can come up with a combination that you enjoy.

Do you own a few different vape tanks or pod systems? You may not have considered the fact that every piece of vaping hardware delivers a slightly different flavourexperience. The design of a tank’s coil or the shape of its mouthpiece can make the vapour hit your palate in a distinct way, which means that different tanks will tend to bring certain flavour notes to the forefront while minimizing the prominence of other notes. If you don’t like a particular e-liquid in one vaping device, it might be worthwhile to try it with different hardware and see how the flavour profile changes. 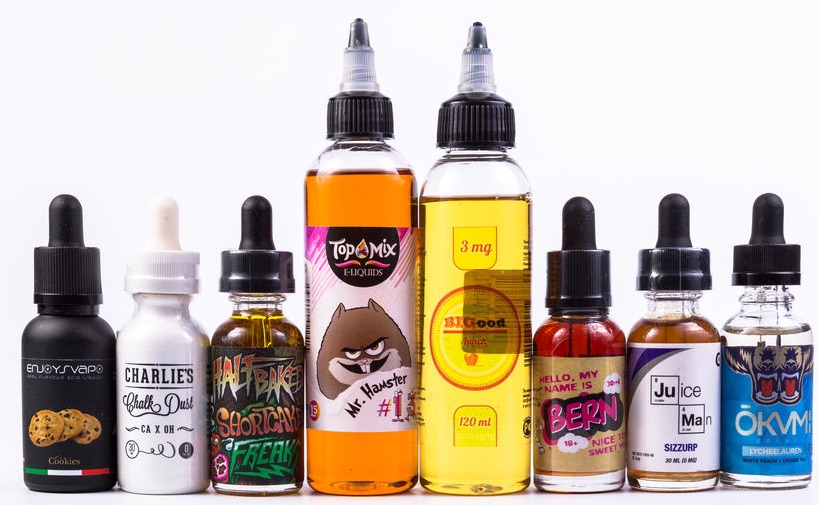 Have you ever read about e-liquid steeping? Steeping is the act of allowing an e-liquidto age for a while. It’s particularly likely to be beneficial if you happen to buy an e-liquid that’s only a few days old. Steeping encourages the molecules in a bottle of e-liquid to meld and interact, which can help the distinct flavour notes in an e-liquid to blend together into a more cohesive whole. Steeping also encourages alcohol-based flavours – which some people may find a bit harsh – to evaporate and become less prominent. Steeping can sometimes change a bad e-liquid into a tolerable one. It might even change the e-liquid into one that you really like. To steep a bottle of e-liquid, open the bottle for a moment to expose it to air. Close the bottle tightly and give it a good shake before placing it in a cool, dark place. Repeat the process of opening, closing and shaking the bottle each day for a couple of weeks. After about two weeks have elapsed, sample the e-liquid again. If you’re happy with the e-liquid, you can start using it. If you’re not happy, you can continue the steeping process and see if the flavour improves further.

If All Else Fails, Store the E-Liquid in Case of an Emergency

Taste is a very subjective thing. It is entirely possible that a particular e-liquid flavour won’t work for you at all even though other people like it. E-liquid isn’t cheap, though, and we think it’s a shame to throw something away when there’s a chance that you might use it if you had no other option. What would you do if you ran out of e-liquid while waiting for a shipment to arrive in the mail? Would you go to a local vape shop and buy e-liquid at a potentially inflated price? What if you ran out of e-liquid in the middle of the night and didn’t have any options for buying more vape juice locally? What happens if you’re not having a great week financially and are having difficulty finding room in your budget for e-liquid? Unexpected events can always happen, and if you experience something unforeseen, you’ll be glad to have an emergency bottle of e-liquid around – so don’t throw that bottle away.