How to Choose the Best Sub Ohm Tank

With so many tanks out there, it can be hard to buy the best sub ohm tank for your needs. This straightforward guide walks you through the process by explaining the qualities that differentiate vaping tanks. Are you looking for a quick way to enhance your vaping experience? Here at Vapekit, we carry a wide selection of sub ohm tanks that can instantly turbocharge the vapour production and flavour quality of your e-cigarette. Buying a new sub ohm vape tank, though, is one of the most difficult decisions that you can make as a vaper. How can you possibly choose the best sub ohm tank on the market without actually using any of them? You can read reviews online or watch them on YouTube, but there's only so much that you can learn from someone else's subjective opinion. It's far better to understand the qualities that separate sub ohm vape tanks so you can choose the one that fits your needs. In this article, we'll help you do exactly that. 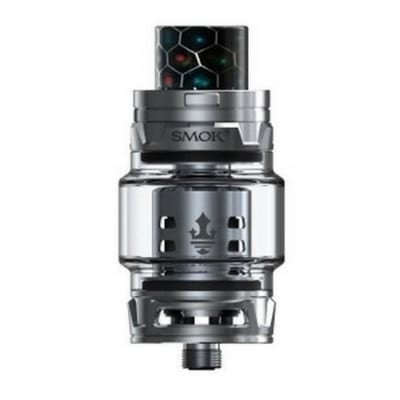 What Is Sub Ohm Vaping

Let's go through the basics. Sub ohm vape tanks refer to ohms used to measure the resistance of the atomizer. At a particular battery voltage, low resistance coils operate at a higher wattage, producing more vapour and heat in the process. If atomizer coils have a lower resistance than 1.0 ohm, they are called sub ohm coils.

Number of Coils per Atomizer Head 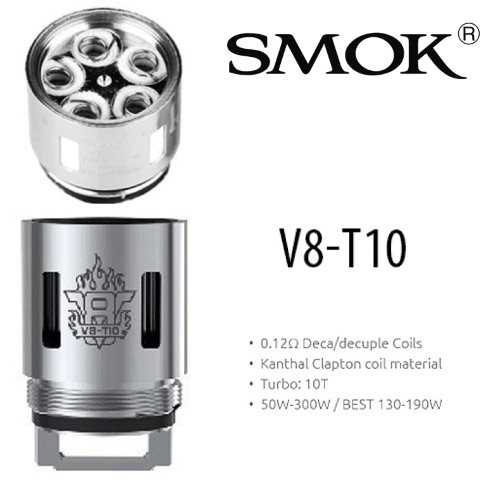 If everything else is equal, a coil with a greater surface area produces more vapour. To maximize the surface area for vapour production, some tanks use large atomizer coil heads with several individual heating coils. Tanks with that design produce large, thick and flavourful clouds — but using a tank with several heating wires means that you'll need to compromise in some areas. If you use a tank that generates very large vapour clouds, you'll use e-liquid quickly. A tank with a high coil surface area also requires a higher-wattage e-cigarette. If you use a device with a maximum output of 40 watts, you'll need to upgrade your device or choose a tank that demands less power.

Companies that sell vaping products in the UK must comply with the Tobacco Products Directive. One requirement of the TPD is that vaping tanks cannot be larger than 2 ml. Because some sub ohm tanks have many individual heating coils, they have large atomizer heads — and a tank with a large atomizer head will store less e-liquid than a tank with a smaller head. It'll also use e-liquid more quickly for the reasons described above. You'll therefore need to refill the tank more often, which is not something many vapers like. If refilling your vaping tank isn't high on your list of favourite things to do, you may want to choose a sub ohm tank with smaller atomizer heads.

Do you use a smaller e-cigarette? If you do, you should pay close attention to the width of any sub ohm vaping tank that you're considering buying. Some sub ohm tanks are very wide, and you may not like the look of a wide tank sticking out from the end of a narrow vape pen. There's also a practical reason to choose sub ohm vape tanks with a width that your vaping device can accommodate. Suppose you're using a large tank that hangs over the edge of your mod. If you drop your mod — and the edge of the tank hits a table or the floor — you could end up with damage to the threading of your mod. Sub ohm tanks vary greatly in size. Some tanks are even wider. Long story short, there are several variables you should consider. Once you do, you'll be able to pick your perfect sub ohm tank in no time.

Compatibility With Other Drip Tips

You probably have a favourite drip tip that you like to use when vaping, right? If yes, you should add its size to the list of your considerations when shopping for a sub ohm vaping tank. Drip tips come in standard sizes. The 510 size is popular, for example. Some sub ohm tanks, however, have very wide mouthpieces for maximum vapour production and do not accept third-party drip tips. If you need a tank that accepts third-party drip tips, you should check for that feature before buying one. Some sub ohm tanks are popular enough that companies have created third-party drip tip adapters for them.

A sub ohm tank can generate massive vapour clouds, which is one of its main advantages. However, all of the vapour doesn't actually reach your mouth. Some of it condenses inside the tank's chimney and runs back down to the atomizer. The condensed e-liquid forms large droplets that rest on top of the coils rather than soaking into the cotton. When you vape, the vapour pushes through the condensed droplets and creates an audible "pop." When that happens, the tank may even spit hot e-liquid into your mouth, which is referred to as the atomizer spitback. It goes without saying that atomizer spitback is annoying and sometimes painful, not to mention that it tastes awful. Some sub ohm tanks prevent spitback by using wide chimneys that help to deter the condensed vapour from forming large droplets. Other tanks block the vapour path with screens or spiral inserts to stop spitback. If atomizer spitting is a serious problem for you, it's wise to buy a tank with a design that mitigates it.

Do you like a flashy vaping setup that can serve as a conversation piece, or do you prefer something a bit more understated? From rainbow snakeskin patterns to plan stainless steel and gunmetal, you can find sub ohm tanks with every type of design that you can possibly imagine. Some companies — such as SMOK — manufacture mods in a variety of distinct colours and offer tanks with designs that you can mix or match. Other companies are more utilitarian in their aesthetics. The physical design of a sub ohm vaping tank is one thing that you don't need to watch a YouTube review to appreciate; just look at the pictures right here at Vapekit. However, considering the abundance of possible choices, you're certain to find something with a look that works for your style.

There are two ways to inhale e-cigarette vapour. You can inhale from mouth to lungs — as if you were smoking — or you can inhale directly to the lungs. If a sub ohm tank has a wide mouthpiece, a wide chimney and large airflow holes, it's designed for direct-to-lung inhaling. Most sub ohm tanks fit that category. There are, however, some sub ohm tanks designed for mouth-to-lung inhaling. Look for a tank with a narrow mouthpiece and smaller air holes if you prefer to inhale the vapour from the mouth to  lung.

Compatibility With Your Device

Virtually all vaping devices released within the last few years support sub ohm vaping. If you've purchased your device recently — and it is a variable-wattage device capable of reaching the suggested wattage range for a tank's coils — your device should support sub ohm vaping. If you have an older device with a built-in battery, though — or you're using removable batteries purchased more than a few years ago — you should check to confirm the amperage load that your device or batteries support. Some older batteries and electronic cigarettes only support loads of a few amps — so they won't support a sub ohm tank. A modern battery such as the Samsung 25R supports a continuous load of 25 amps. Vape mods using two such batteries wired in parallel supports a continuous load of 50 amps. That's more than enough headroom to support virtually every tank on the market. However, as a rule of thumb, you should always double-check whether your device supports sub ohm vaping.

If you've never heard of the razor-and-blades business model, get ready to learn more about it when you buy a new sub ohm vaping tank. Sub ohm tanks typically don't cost very much as the manufacturers earn most of their money from the replacement coils. A new atomizer head for a sub ohm tank costs about £2-3 depending on the complexity of the design. If you're thinking of getting one of those fancy new sub ohm tanks with many heating wires packed into each atomizer head, you'll pay more for replacement coils. Choose a tank with a coil replacement cost that you can afford — especially if you prefer sweet e-liquids. Sweet e-liquids leave a residue that can kill coils quickly, or at least significantly decrease your coil life.

Every sub ohm tank includes at least a few accessories. Although accessories alone may not greatly influence your buying decision, it's wise to compare the ones included if you're on the fence about buying two different sub ohm tanks. Some of the typical accessories that a sub ohm vaping tank may include are spare coils, replacement glass, spare o-rings, silicone caps and extra drip tips. Spare coils are particularly valuable because a few extra coils can allow you to use the tank longer before you need to buy a box of coils. As a rule of thumb, it's always best to buy a tank that includes at least one replacement coil.

Generally speaking, you can use any liquid you want for sub ohm vaping. However, it doesn't mean you should, as not all e-liquids are suited to be vaped in sub ohm tanks. If you want to get the most out of your e-cigarette with a sub ohm tank, it's best to use a thicker vape juice that will produce a bigger cloud of vapour.

To be more specific, you should vape using a liquid high in the diluent vegetable glycerine (VG). VG is the name for a thick liquid responsible for generating clouds of vapour, thickening the e-liquid. And why a high VG e-liquid? Because it holds better in the sub ohm coils. Keep in mind that a sub ohm coil is bigger than a higher resistance coil. If the e-liquid is too thin, it might run through the coil, causing leaking. When shopping for a high VG juice for your e-cigarette, look out for a PG:VG ratio (PG means propylene glycol). Best high VG e-liquids for sub ohm coils should have a ratio of 30:70 or 20:80 in the VG's favour. The thicker the juice, the more vapour it will produce.

Sub ohm vaping has been the talk of the vaping community for a while now. And if you've been considering joining the ranks of sub ohm vapers yourself, you'll first need to equip yourself with the powerful sub ohm tank. And while there are many tanks on the market, there are several things you ought to consider before making your final choice. Hopefully, after reading this guide, you have a better understanding of how to navigate among the best sub ohm vaping tanks.