How to Get Bigger Clouds When Vaping

There’s a certain sequence of events that many people go through during their evolution from smoking to vaping. At first, you’re just happy about the fact that switching to vaping has made it possible for you to quit smoking. You’re enjoying the fact that you feel healthier, and you’re experimenting a bit to find out what your flavour preferences are. Once you get past that stage, you begin to survey the vast landscape of vape kits and other vaping products, and you start to wonder about what you can do to make your vaping experience even better. Your thoughts will probably centre around getting bigger clouds. When you have a vaping setup that produces bigger clouds, you’ll enjoy bolder flavours. Also, chasing clouds is simply fun. So, what can you do to get bigger clouds when vaping? The fast answer to that question is obviously something along the lines of “buy a more powerful vaping device.” We’ll discuss that in this article, of course, but the fact is that cloud chasing doesn’t just involve your equipment; it also involves your overall vaping strategy – and part of that strategy is making sure that chasing clouds is actually what you want to do.

Are You Sure You Want Bigger Clouds?

Before you start buying new equipment and tweaking your vaping setup, you might want to pause to consider whether cloud chasing is something that you really want to do. If you find your vaping experience less than completely satisfying, for instance, it’s possible that you simply aren’t getting enough nicotine and should increase the strength of your e-liquid. It’s also important to remember that those bigger clouds will have to come from somewhere. Chasing clouds will mean that you’ll use more e-liquid. You’ll probably also need to replace your coils more often. As a result, you’ll inevitably end up spending significantly more to vape than you currently do.

The first thing that you need to learn if you want to get bigger clouds when vaping is how to inhale properly. You can’t puff more firmly to get bigger clouds as you can with a cigarette; you need to maintain gentle air pressure and inhale as deeply as possible. If you’re already doing that and can’t inhale any more deeply because you’re triggering your device’s puff timer limit, that’s a good sign that your device either isn’t powerful enough or doesn’t offer sufficient airflow to meet your needs. You should probably consider upgrading your vaping equipment in that case.

If you’ve tried all of the suggestions in this article and are still unhappy with the vapour production of your vaping setup, it’s time to strongly consider an upgrade. You’ll always get the biggest clouds with a box mod-type device and a large glass tank – and if you don’t already own a high-end vape tank, it would probably be a good idea for you to buy a mod that includes a compatible tank. The most important thing to know when you shop for a new vape kit is that, if you want to own a vaping device that produces truly impressive clouds, you need a tank with a mesh coil. Mesh coils have exploded in popularity over the last couple of years, and today, virtually every mainstream vape tank uses them. Compared to the traditional atomizer coils made from wound heating wires, mesh coils are better in every way. They produce bigger vapour clouds while requiring less battery power. They have amazing flavour quality, and one of the greatest things about mesh coils is that they operate in near silence. Unlike the high-end cloud chasing coils from a few years ago, mesh coils don’t tend to pop loudly during use. Mesh coils are a great addition to the world of vaping, and you should absolutely be using a tank that supports them. 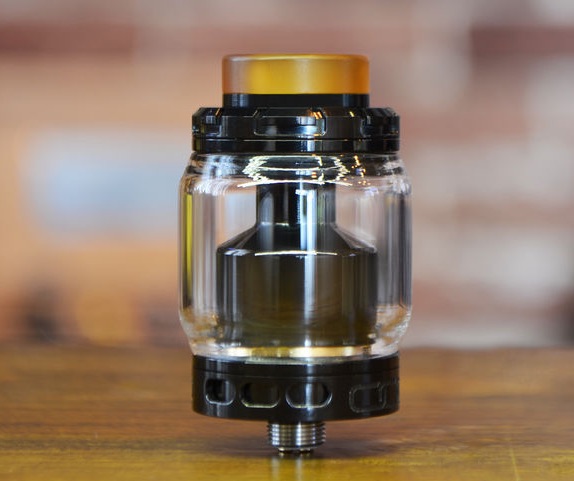 If you own a more powerful vaping device and are already using a tank with a mesh coil, the final step is to tweak your device for the maximum possible vapour production. In this section, we’ll provide some tips to help you get started.