Beer and Vaping: The Ultimate E-Liquid Pairing Guide for Beer

When you think about it, it’s really no surprise that beer is one of the world’s most popular beverages. After all, beer has been a core part of the human experience for at least 7,000 years and potentially even longer than that. Before reliable water sanitation was developed, beer was the only way for people to live close together and drink water without getting sick. Every town or village had to have a brewery. Beer helped people form cities, and that helped new ideas and technologies spread more quickly. It’s not a stretch, in fact, to say that beer helped to spur the development of civilization as we know it. 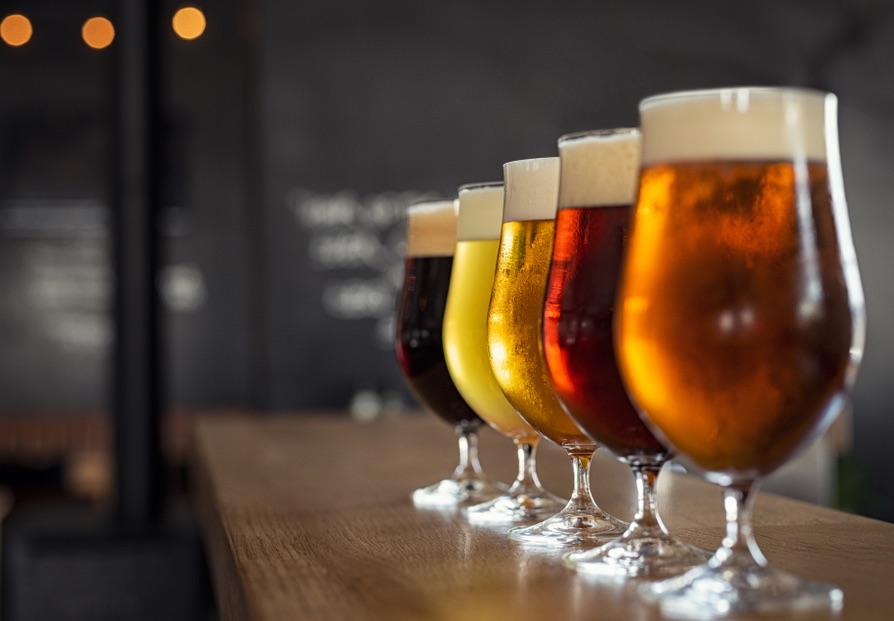 On the other hand, maybe beer isn’t something that makes you wax poetic about the history of humanity – maybe you just drink it because it tastes good. Either way, you’re in the right place if you’re a beer lover who vapes because this article is the Internet’s only comprehensive guide to flavour pairings for beer and e-liquid.

Do you love to enjoy beer with foods that help to make the flavour notes of your favourite brews sparkle? Maybe you’re also a former smoker who sometimes likes to reminisce about the evenings you once spent with a pint in one hand and a cigarette in the other – but you’ve never quite experienced the same magic with vaping. Well, we’re here to help. If the e-liquid that you usually pair with beer is whatever you happen to be vaping at that time, we’re going to show you how to think about it differently. These are the best e-liquid flavours to pair with the most popular types of beer.

Brown ale is incredibly popular throughout Britain, with the Campaign for Real Ale having been formed in 1971 to preserve the traditional method of brewing this classic style of beer. Real ale is characterised by secondary fermentation inside the cask from which the beer will ultimately be dispensed. The brewing technique keeps the beer in contact with the yeast longer and allows it to develop bubbles without the addition of extra carbon dioxide.

Real brown ale can develop a very complex flavour profile during the secondary fermentation phase. It’s usually lightly hopped – which means that it’s not very bitter – and it often has a caramel note resulting from roasting of the malt. Try pairing brown ale with bakery e-liquids to enhance the beer’s yeast and caramel notes. 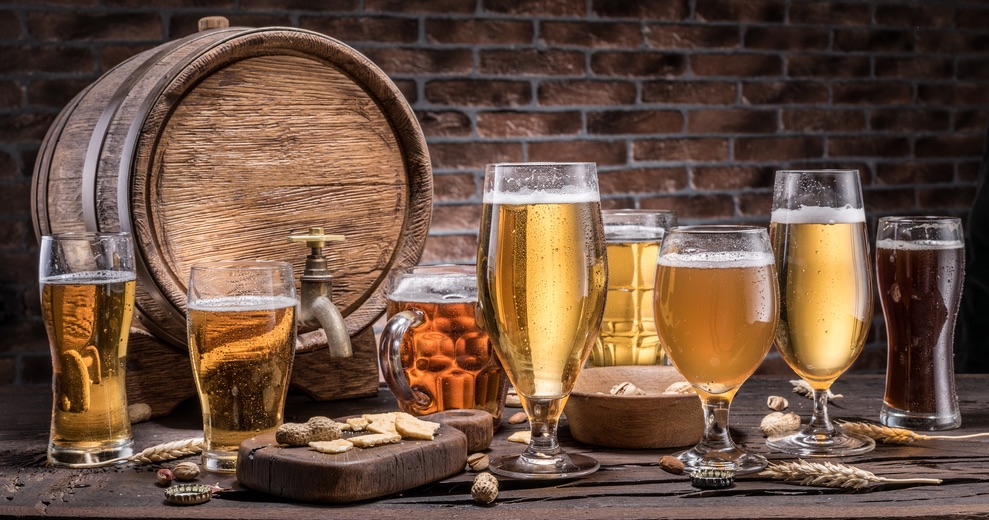 Pale ale – often just called “Bitter” in Britain – typically has a powerfully bitter taste compared to other beer styles, owing to the use of extra hops. Because hops are antimicrobial and help to prevent beer from spoiling, it’s possible that British pale ale includes extra hops because it was originally developed for export within the British Empire. Although India Pale Ale is a British creation, much of the IPA that we drink today is actually brewed in the United States or influenced by the American style of IPA brewing. Some have said that American-grown hops is particularly fragrant and bitter, thus making it a perfect flavouring agent for pale ale.

Although plain pale ale remains as popular as ever, some breweries add citrus note to their IPAs to cut the bitterness a bit and make the beer more palatable to those who appreciate the flavour and aroma of hops but enjoy a slightly less intense drinking experience. You can replicate that flavour profile by pairing your favourite pale ale with a citrus e-liquid. 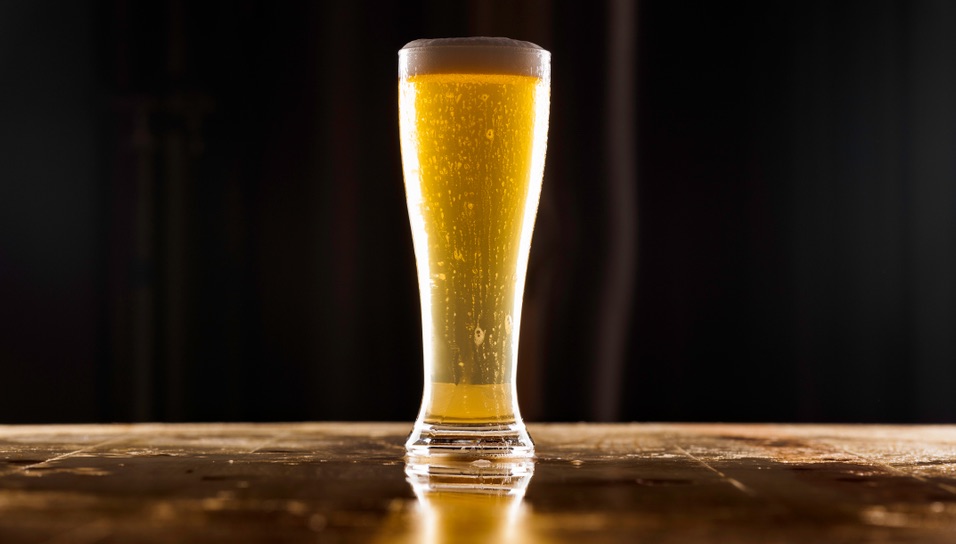 Lager is the world’s most popular beer style. The name is derived from the German word meaning “to store,” and it has that name because of its origin as a cold-fermented beer that could be stored in caves and served throughout the year. To keep the beer cool during fermentation and storage, brewers would dig deep caves and line them with ice taken out of local lakes and rivers during the winter. The lower temperature and bottom-fermenting yeast produced a beer that was clear rather than cloudy and less susceptible to spoilage. Although lager doesn’t have to be light in colour, the light-hued pilsner is the style produced by most lager brewers today.

Pilsner’s exceptionally crisp flavour comes from the use of pale malt and noble hops, which has a potent aroma but isn’t very bitter. Pilsner has a light body, a characteristic that brewers sometimes enhance by adding rice or corn to the mash during the brewing process. The crispness of pale lager also comes from the slow fermentation process, which creates little to no diacetyl. Diacetyl imparts a butterscotch note and a slightly “slippery” mouth feel to beer, and those characteristics are absent in pale lager and pilsner. Enjoy your pilsner with cereal e-liquid to enhance the beer’s grainy qualities. 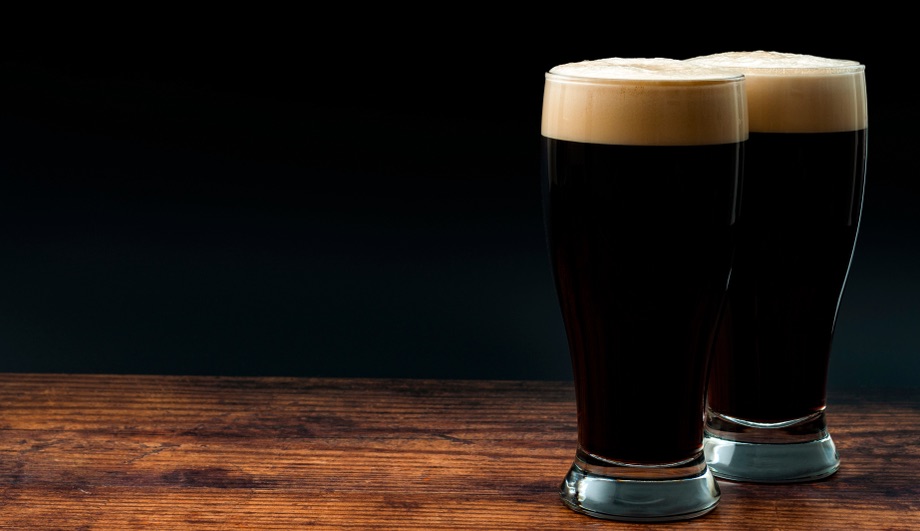 Invented in Britain during the early 1700s, porter was the first style of beer that could be produced on an industrial scale, and it helped to make England’s biggest breweries exceptionally wealthy. Stout, meanwhile, was a stronger version of porter with a higher alcohol content. Today, breweries usually use the terms “porter” and “stout” interchangeably to describe any dark-coloured beer. Porter is made with malt that’s roasted until it becomes brown (brown malt), dark brown (chocolate malt) or black (patent malt). A darker malt contributes a chocolate-like flavour to the beer, at least until it reaches the patent malt stage. Patent malt was invented in Britain in 1817 to combat a tax on malt. It allowed brewers to use less malt for porter while retaining the beer’s signature dark colour.

Porter has a deep, rich flavour that often includes notes of chocolate and cream. Because porter – despite its high hops content – has a very full mouth feel and is typically rather sweet, it often has a very dessert-like flavour and can be a great way to finish a meal. Even if the porter you’re drinking doesn’t have a prominent chocolate note, there’s a good chance that it’ll taste spectacular with a dessert e-liquid that brings out its sweeter side. 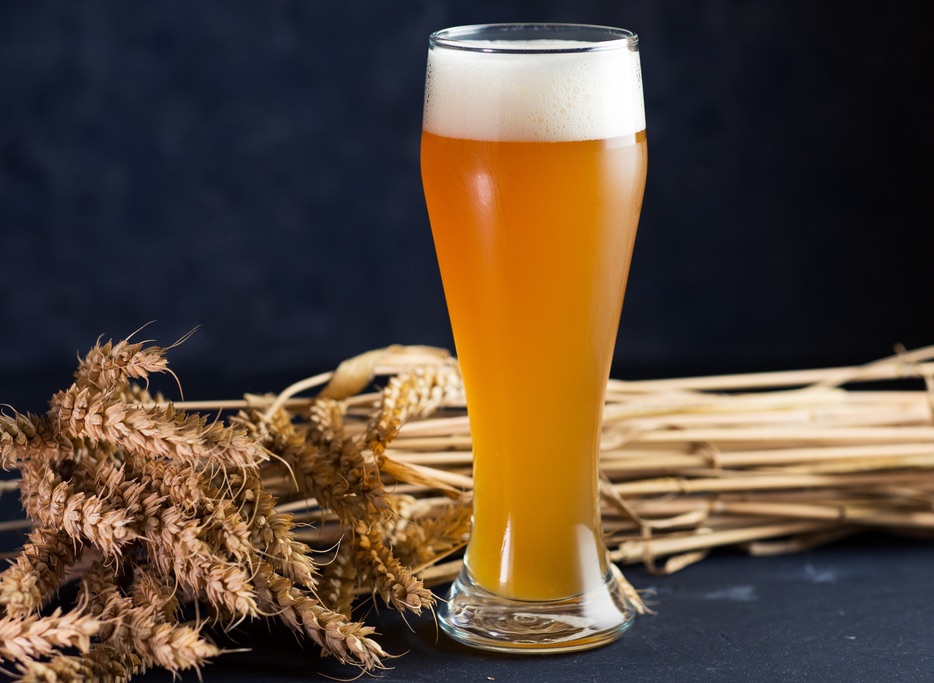 Wheat beer is a style of beer in which wheat comprises at least half of the grain content used in the brewing process, with the other half – or less – being malted barley. The wheat proteins released during brewing give the beer a slightly cloudy appearance, which is one reason why the German term for wheat beer means “white beer.” The cloudiness makes the beer look somewhat white when it’s poured into a glass. The words “white” and “wheat,” in fact, share linguistic roots in both the German and English languages.

The fermentation of wheat beer results in the production of esters, which give the beer a slightly fruity flavour. Some breweries enhance wheat beer’s fruity notes with the addition of citrus or other fruits. It also became common in the 1980s for American pubs to serve wheat beer with a slice of orange or lemon. Although it’s extremely common today to find bottled wheat beers that include added fruit flavours, you can also enhance any wheat beer with the fruit flavour of your choice by enjoying your pint with a fruit e-liquid.