X
This site uses cookies to provide and improve your shopping experience. If you want to benefit from this improved service, please opt-in.
More Info
Accept Cookies
BlogHow To GuidesDoes Vaping Set Off Smoke Detectors?
Menu
How To Guides, Travel, Vape Hardware

Does Vaping Set Off Smoke Detectors?

Whether you are heading off for a holiday, a staycation, or visiting a public space, the chances are you’ll encounter a sign saying they can detect people vaping. So, what is the truth behind this, what detectors exist, and can people detect someone having a vape? 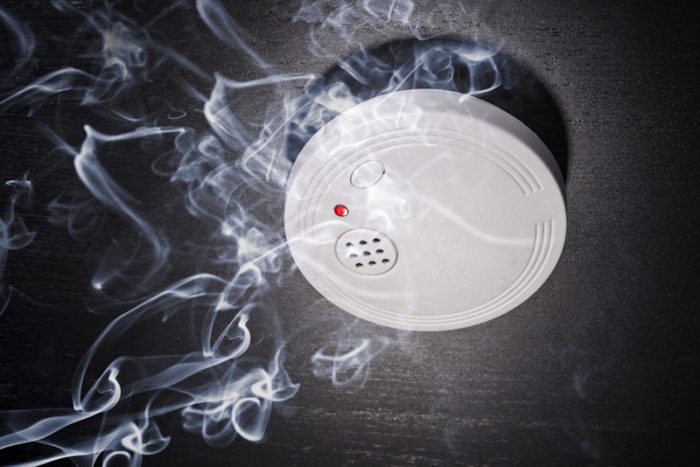 Consider the Boeing 737 flying out from Hong Kong in 2018; suddenly oxygen levels dropped, as did the oxygen masks, and the flight automatically went into an emergency descent. In a case of vapes on a plane, the cause was an electronic cigarette. Everyone knows that vaping is banned on flights but the difference here is that it was the co-pilot. Both the Chinese pilot and co-pilot lost their jobs as a result.

A cursory check of the internet shows a lot of ecig users have fallen foul of hotel rules by vaping in their bedrooms. Unless you are staying in Britain’s first “vape-friendly” hotel, the £100+ per night K West Hotel & Spa, you have probably seen warning notices about not using an electronic cigarette because it will set off detectors – but does it?

What types of fire alarms are there?

The first thing to know is that there are different types of alarms: ionisation, heat, and optical. Ionisation alarms detect particles in the air causing the electric current to drop and trigger an alarm, heat alarms obviously detect elevated temperatures in the room, and an optical is triggered if particles block the light from a pulsed infrared LED.

The alarms don’t detect smoke then, they detect particles – smoke, steam, dust, or any other type of aerosol. So, what does this mean for vaping?

When you use an electronic cigarette, you can see exhaled vapour because of the particulates scattering light – predominantly, this is water vapour. This means that enough exhaled vapour will trigger an ionisation or an optical alarm.

While smoke lingers and accumulates, vapour dispels quickly so it requires heavy or frequent vaping to trigger the alarm, but it should be noted that different places have different sensitivity settings on their equipment. For example, plane alarms are exceptionally sensitive because of the critical nature of the location.

What about vaping at home with a fire alarm?

Clearly then, if you are concerned about setting off the fire alarm in your own house, there are some simple steps you can take other than covering up the unit which may place lives at risk.

Firstly, don’t exhale directly into the alarm. Also, you may want to crack a window and allow a flow of air through the room to help the vapour to dissipate. Lastly, try vaping with an eliquid that is higher in PG to produce less vapour or swapping your direct-to-lung set-up for a small mouth-to-lung device.