X
This site uses cookies to provide and improve your shopping experience. If you want to benefit from this improved service, please opt-in.
More Info
Accept Cookies
BlogQuitting SmokingIQOS vs. Vaping: What Is Heat-Not-Burn (HNB)?
Menu
Quitting Smoking

IQOS vs. Vaping: What Is Heat-Not-Burn (HNB)?

When vaping first appeared a little over a decade ago, many in the tobacco industry could plainly see that the cigarette’s days were numbered – but then, that’s really been the case for decades now. By the middle of the 20th century, medical experts universally agreed that smoking tobacco products caused chronic diseases and that people should either quit smoking or shouldn’t start at all. Despite the tobacco industry’s best efforts to continue drawing new customers into the fold, smoking rates continue to decline with each passing year. 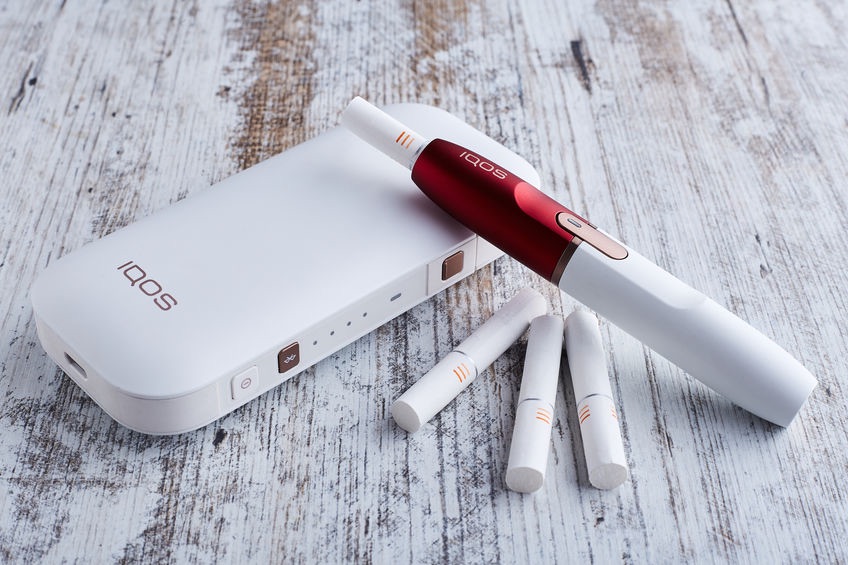 On their own, though, the decreased smoking rates haven’t necessarily represented an immediate existential threat to the tobacco industry because populations are continuing to grow. In 1982, for instance, the smoking rate in the United Kingdom was estimated to be at 35 per cent. In 2018, that number had decreased to 14.7 per cent. Given population growth over those years, though, the actual number of cigarette smokers in the UK has only decreased from about 19.7 million to about 9.7 million. As long as the population keeps growing – and as long as smoking rates continue to decrease slowly – it could be decades before the tobacco companies would really need to start worrying.

The option to vape, however, represented an entirely new threat to the tobacco industry. Never before had an alternative form of nicotine consumption appeared and proved so disruptive that it potentially had the power to rapidly and drastically cut cigarette smoking rates worldwide. As of 2018, the number of people who prefer to vape than smoke worldwide was estimated to be around 41 million. By now, it’s likely that the number is much higher. That’s tens of millions of people who are no longer customers of the tobacco industry.

Because vaping has the potential to one day make cigarettes completely irrelevant, it has forced tobacco companies to come up with less harmful alternatives on their own not to lose money. The best-known product among those alternatives is IQOS from PMI (Philip Morris International). Reading this article, you’re going to learn what IQOS is and how it compares to vaping.

IQOS is an electronic product that’s similar in principle to vaping in that it delivers nicotine to the user via inhalation but doesn’t produce smoke with harmful chemicals. However, while vaping uses nicotine-infused e-liquid, IQOS uses real tobacco. The system heats the tobacco to the point at which the nicotine turns to vapour, but it doesn’t cause the tobacco to combust and doesn’t produce smoke.

The IQOS itself is an electronic device with a battery and a temperature-controlled heating blade. You use it with cigarette-like tobacco sticks called HeatSticks or HEETs, which are sold 20 to a package just like cigarettes. You remove a HeatStick from the package and place it inside the IQOS, and the heating blade of the IQOS pierces the centre of the HeatStick. When you puff on the IQOS, the blade heats the heated tobacco stick to release the nicotine and aroma into your mouth.

On its own, tobacco doesn’t release a great deal of vapour when it’s heated. For that reason, the tobacco in a HeatStick is impregnated with propylene glycol – the same ingredient that’s in most e-liquids. The propylene glycol helps to carry the nicotine from the tobacco stick to your body, and it also creates a visible cloud resembling smoke from cigarettes.

When you consider the surface features, using IQOS and vaping isn’t so different from one another. They both reduce the harm associated with nicotine use by allowing you to inhale nicotine as a vapour rather than in smoke form. It’s only when you examine the details of IQOS vs vape that the differences really start to become evident. We’ll do that next. 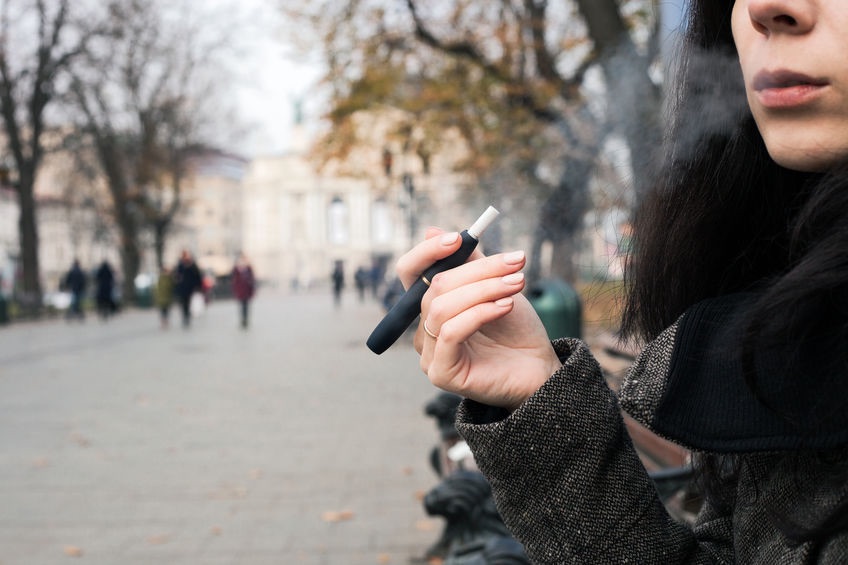 In terms of flavour, IQOS compares favourably to vaping in just one area, and that is in delivering the flavour of tobacco. It’s not that IQOS tastes like a cigarette as such; since the heated tobacco sticks don’t burn, they don’t produce smoke – and the cigarette smoke contributes a very large portion of its flavour. An IQOS HeatStick does contain real tobacco, though, and you’ll taste that when you use the device. Compared to vaping, IQOS definitely does deliver real tobacco flavour in a way that vaping can’t hope to match.

However, using IQOS has a serious shortcoming compared to the vape solution though, in that no matter what flavouring agents the manufacturer happens to add to a particular style of HeatStick, it’s still going to taste like tobacco. The e-liquids that you use when vaping, on the other hand, can taste like virtually anything. It’s not unusual for new vape enthusiasts to feel a bit disappointed when they try it for the first time and learn that no e-liquid really tastes like a cigarette. You’ve probably heard, though, about people regaining their senses of taste after they quit smoking – and you can expect the same thing to happen when you start to vape. You’ll realise that you never liked the flavour of cigarette smoke in the first place, and you’ll be thankful for the fact that, although e-liquid doesn’t taste like tobacco, it can taste like almost anything else. The variety of flavours is really huge, so you can be sure you’ll find an e-liquid you will like!

If you’re currently a smoker of cigarettes or other tobacco products, there are two things that you probably want to know about the safety profile of the heated tobacco in IQOS. First, you want to know if IQOS creates less risk compared to smoking cigarettes – and second, you want to know how IQOS vs vaping compare from a safety standpoint.

Regarding the safety of IQOS, we have good news and bad news. First, the good news is that heated tobacco like IQOS appears to be less harmful than smoking. After reviewing the available scientific information, the Food & Drug Administration in the United States (FDA) authorised Philip Morris to sell IQOS with the claim that switching from smoking to IQOS reduces one’s exposure to harmful chemicals, so it can be a better-for-health nicotine alternative.

Dr Michael Siegel is an addiction specialist and a professor at Boston University. He is a proponent of vaping as a reduced-harm alternative to smoking, and he doesn’t see the IQOS HEETs as a good thing for public health. In a 2019 TIME article, Dr Siegel said that IQOS only provides a benefit to public health in places where e-cigarettes aren’t available. He also said that IQOS could actually be negative for public health if it draws people away from the safer alternative that is to vape.

All in all, even though the heated tobacco sticks introduced by the Philip Morris International company are confirmed by the FDA to be less harmful than regular cigarettes, it is still safer to vape nicotine-infused e-liquid from e-cigarette devices. Even though you are not burning the tobacco from HEETs in IQOS but just heating it, the risk of health problems is higher because it still does contain actual tobacco.

Another difference is that for the same reason, you will get a stronger tobacco taste and smell from the IQOS HEETs than from e-cigarettes. For some smokers, it can be an advantage, and for others – quite the opposite, especially that there are numerous e-liquids that can have various flavours to vape, and nothing stops you from trying them all out. The choice is, of course, yours to make, but our advice is to go for a tastier alternative creating less risk and to vape from an e-cigarette device instead of heating HEETs that contain real tobacco.